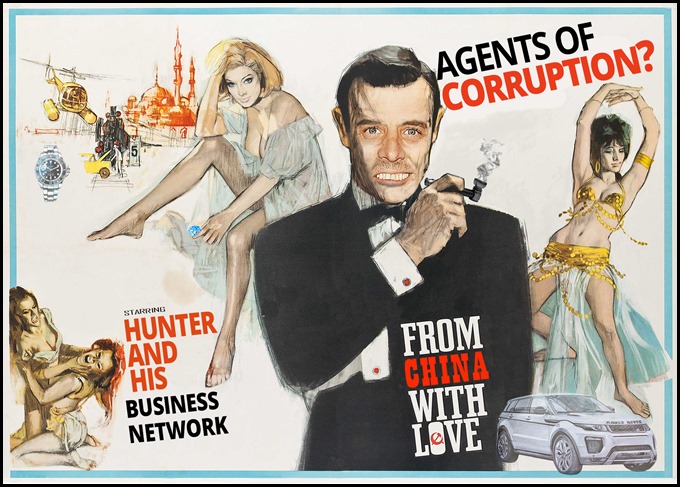 Despite Joe Biden’s denial of collecting his beloved leader bonus and his 24×7 MSM air support, the evidence of corruption by Joe, Jim, and Hunter are significant. Even if some fact-checkers claim otherwise, the evidence is certainly actionable and should have been investigated by the FBI/DOJ long ago. To those who are interested in the low level details, the following are a few samples that illustrate how the DC political influence network works.

To NYS Governor Andrew Cuomo
In a 2017 letter from Jim Biden (Hunter’s uncle and Joe’s brother) to NY governor Andrew Cuomo, Biden asks to schedule an emergency “drop by”. This request was triggered by an CEFC leadership’s visit to New York and their interest in scheduling a meeting to discuss ‘investment opportunities’ in NY state. To those unfamiliar with the CEFC, it was a Chinese version of the Madoff scam organization, but with a little twist of being linked to Chinese intelligence. Beside the Chinese attendees, the delegation also included Jim and Hunter Biden, a Luxembourg royal family member (likely representing the bank where the money would be laundered), James Gilliar, and Rob Walker, the chairman and president of the UK based J2CR. J2CR was Biden’s legal and strategic government affairs partner and was staffed by former top-officials from the US DOJ. If you are thinking that perhaps the acronym “DOJ” as in “former top-level DOJ officials“ as it appears in the J2CR marketing material refers to the Department of Jugging, it doesn’t, it stands for the US Department of Justice. 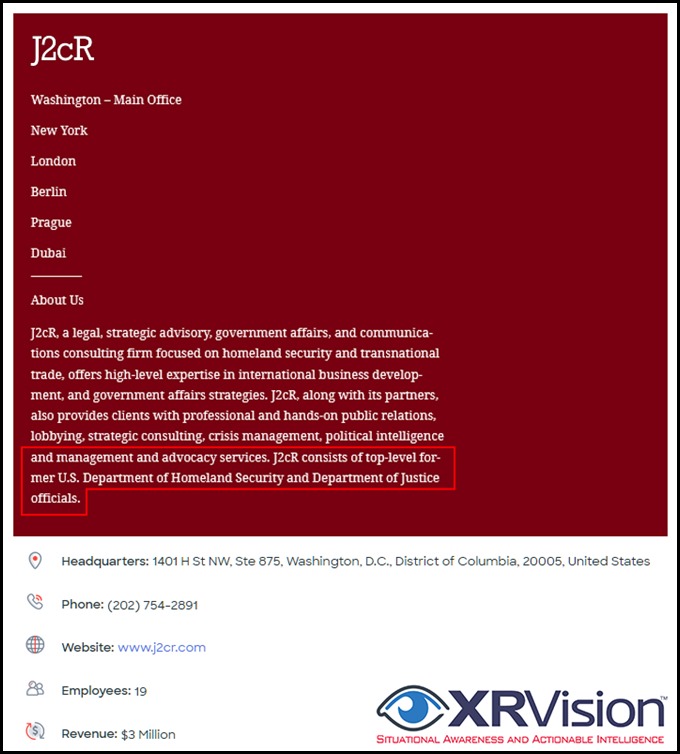 Image 1: The UK based J2CR consists of former top officials in the US Department of Justice

Document 2: The Bidens soliciting a meeting with Andrew Cuomo for a CEFC investment meeting

Document 3 The unions are in our pocket

Document 4: Delays in getting approval from NYS for a medical test? Not a problem. …see if we can get them in front of or on a call with Dr. Nirav Shah, a Governor Cuomo appointee

Re Infrastructure In Addition To Fuel Deals

Document 5: NY State. Gov. Cuomo. And the head of all development in NY State, will meet when ever we are ready!

Are We Going To Wait To Action The Embassy

Document 6: Are we going to wait to action the embassy? If you don’t like the judge, have him removed

To the care of his excellency Sheike Abullah Bin Mohammed Al Thani
In another solicitation letter, Jim Biden informs Khaled Sultan Al Rabban—the Qatari director of the QIA—that Trump’s foreign policy is failing, but that there is no need to worry because “my family” could open the doors at the highest levels and has “lasted through many years and many administrations”. In this capacity, the Bidens can circumvent the administration’s official foreign policy with notables like his excellency the Qatari Amir. To put this letter in context, the Bidens offer to act as what appears to be an-unregistered Qatari agents took place in July-August 2017. One of the failed Trump foreign policy that uncle Jim is alluding to is likely the Qatar diplomatic crisis, which was triggered by Qatar’s state support for terrorism. 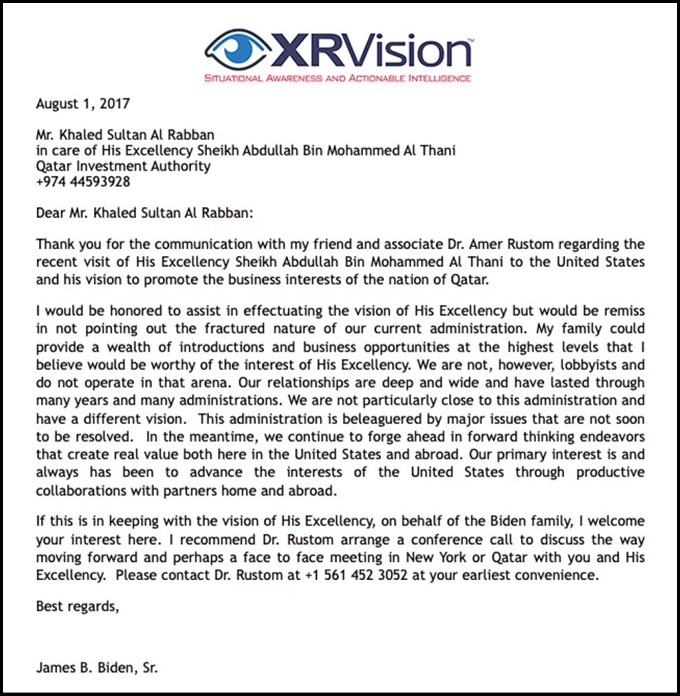 Image 2: The Jim Biden selling influence to the Qatari government and potentially violating the Logan Act

Image 3: A few of the identities of Dr. Amer Rustom 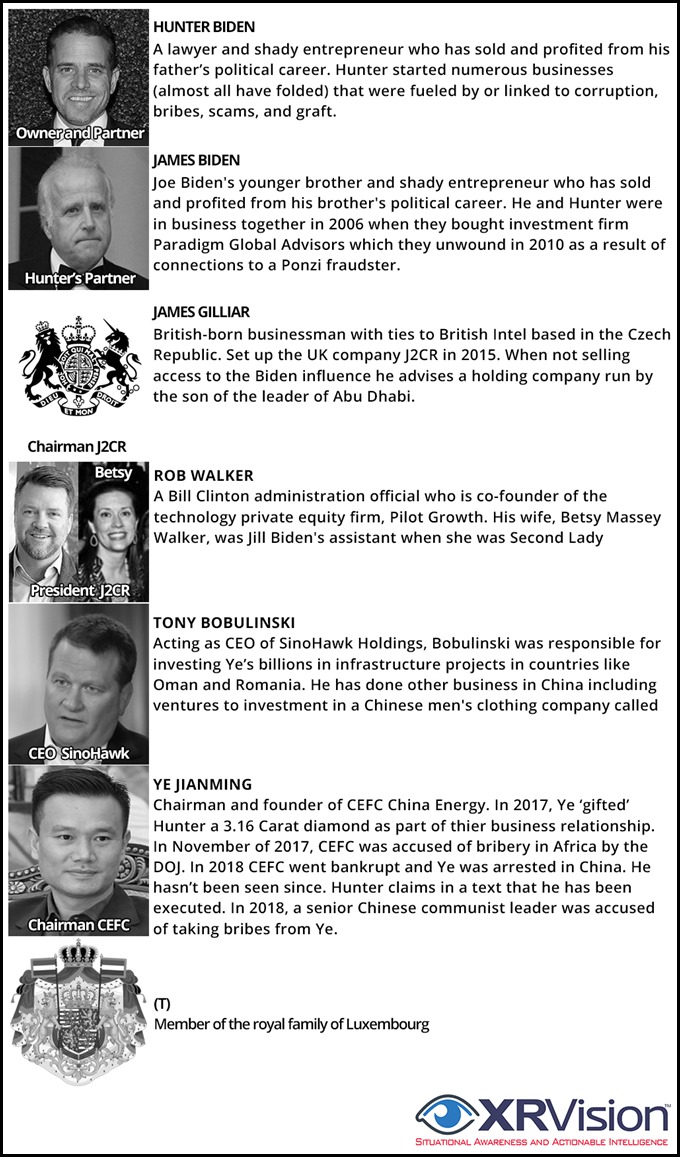 Image 4: The cast of characters on the email distribution list and Qatari and Cuomo meetings 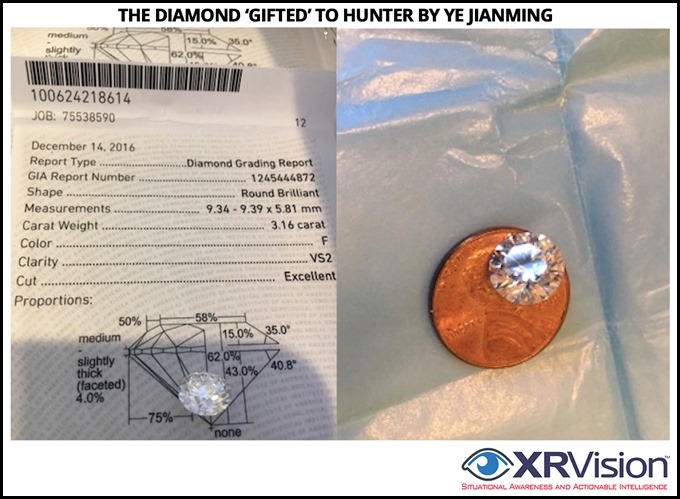 Image 5: Diamonds Are Forever. One of the diamonds (a 3.16 carat valued at > $120K) ‘gifted’ to Hunter Biden by the now MIA Chairman of CEFC, Ye Jianming

Document 8: The web of deceit. The formation documents for Sinohawk Holdings, LLC, one of the companies controlled by the Bidens

Document 9: CEFC and SinoHawk business is booming. “best regards to you and your family”

Document 10: Monkey Island or monkey business. “Your $150 Million in just a few years could have a value of over $1 Billion”

5 Millon Or 10 Millon Lets Not Quibble Over Peanuts

Document 11: We say 10 million, you say 5 million.  “The Biden’s are the best I know at doing exactly what the Chairman (CEFC’s Ye Jianming) wants from this partnership. Please let’s not quibble over peanuts.”

Rustom is the CEO and President of The Platinum Group USA. He and his partner, Jim Biden, were sued in 2019. The complaint details how both concocted various fraudulent schemes. Rustom describes himself as the president, CEO, and Chairman of Platinum Petroleum International Limited, an oil company focused on extraction in the Middle East. Rustom also claims to have “successfully developed strong ties with many of the Middle East and North African leaders and country officials as well as the local and international business communities.”

Khaled was born and raised in Doha, Qatar. He earned a bachelors degree in Business Administration from the University of Greenwich and a masters degree in International Business and Management from the University of Westminster.  After graduation, he joined Qatar Holding LLC “QH”. After that he was made the Director of the Office of the CEO of Qatar Investment Authority “QIA”.

James Gilliar’s Czech Residence and the CEFC Czech Investment Strategy
Gilliar’s Czech residence is directly tied to FEFC fraudulent activity in the Czech republic and its subsequent collaboration with the Bidens. In May 2015, CEFC acquired a 5% stake in J&T Finance Group.(1) This increased to 9.9% in September 2015.(2) In 2017, the company applied to acquire 50% J&T Finance Group, but the deal was refused by Czech National Bank because of lack of sufficient information on the origin of most of the funding for the deal.(3)(4) In September 2015, the company acquired multiple assets in the Czech Republic – a majority stake in brewery Pivovary Lobkowicz Group [cs], a 10% stake in the Smartwings airline Travel Service, 60% in football club SK Slavia Prague and real-estate assets in Prague – the building of the former Živnostenská banka at Na příkopě street and Le Palais Art Hotel Prague.(5) CEFC also bought a stake of between 50%-90% in Czech online travel agent Invia in March 2016, likely to capitalize on the increasing numbers of Chinese tourists visiting Prague.(6) Of note is the influence operation techniques used by the CEFC (i.e. Chinese intelligence), just like in the 2017 deal with governor Cuomo and the US MSM media. CEFC China Energy invested in Czech media company Empresa Media, the owner of the popular TV Barrandov and magazine Týden.  These two media outlets were outspoken critiques of the Chine before the investment, but, the tone of the group’s coverage changed; all neutral and negative reporting about China was replaced by positive reporting.(7)

Where in the World is Ye Jianming?
Ye was detained in China on March 2018 on suspicion of economic crimes. According to South China Morning Post and AsiaNews, the order for his investigation came from Chinese Communist Party general secretary Xi Jinping. In October 2018, it was also reported that Chinese prosecutors alleged Wang Sanyun, the former Communist Party Secretary of Gansu province, had accepted bribes from Ye Jianming in 2011.

52 thoughts on “The Agents of Corruption”