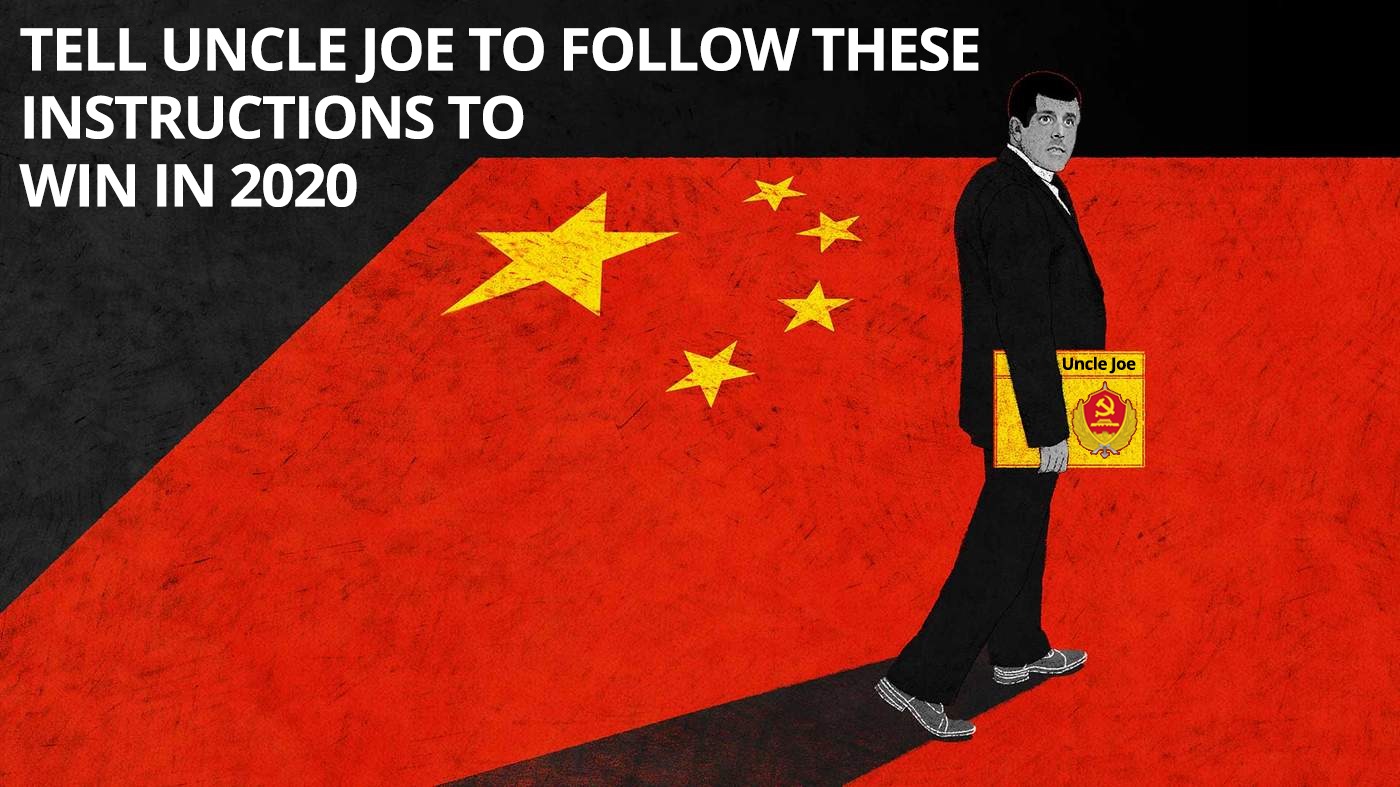 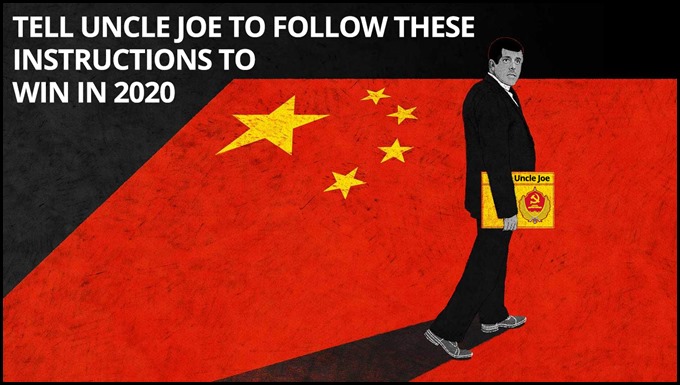 Hidden between tens of thousands of emails, IMs, documents, videos, sound recordings, and encrypted files is a collection of communications between Hunter Biden and one JiaQi.

JiaQi, AKA JaiQi Bao, AKA Jiaqi Wang, AKA Jiaqi Wang Bao, AKA Wang Bao Jiaqi, AKA Qinping Bao, AKA Jackie Bao was Ye Jianming’s US based assistant/advisor.  If you don’t recall  the cast of characters in this Chinese finger puzzle, Ye Jianming, was the chairman of the China Huaxin energy conglomerate and Hunter’s and Jim Biden’s business partner.

Ye Jianming and his US based staff worked closely with Chinese intelligence which controlled large parts of the strategy, funding, and overseas operations of CEFC and another one of the Biden’s Chinese joint ventures named Bohai Harvest RST (BHR).

Image 1: The profile of JaiQi Bao.  “All I wanted to tell you (Hunter) is that if there is anything I can do to be helpful to you, please just let me know. More than happy to help as a friend going forward.”

Following what seems like traditional honeypot tactics, JiaQi was used to sweeten Hunter’s already saccharin laced business engagement with CEFC. She kept an eye on Hunter from her base in NYC and acted as a cutout between the overseas Chinese officials and the Bidens. In one alluring communication JiaQi wrote:

“…regarding the delivery of your doggie chain and holiday/birthday package. I safe kept your belonging for you as promised. I don’t think it is appropriate to drop off to a third party given the risk of miscommunication as happened in the past. How about I will either deliver it to you in person at your convenience or FedEx to a designated address where you can receive it directly?”

In another November 2017 letter, she was urgently communicating the concerns and puzzlement of the Chinese authorities about the matter of Patrick Ho. 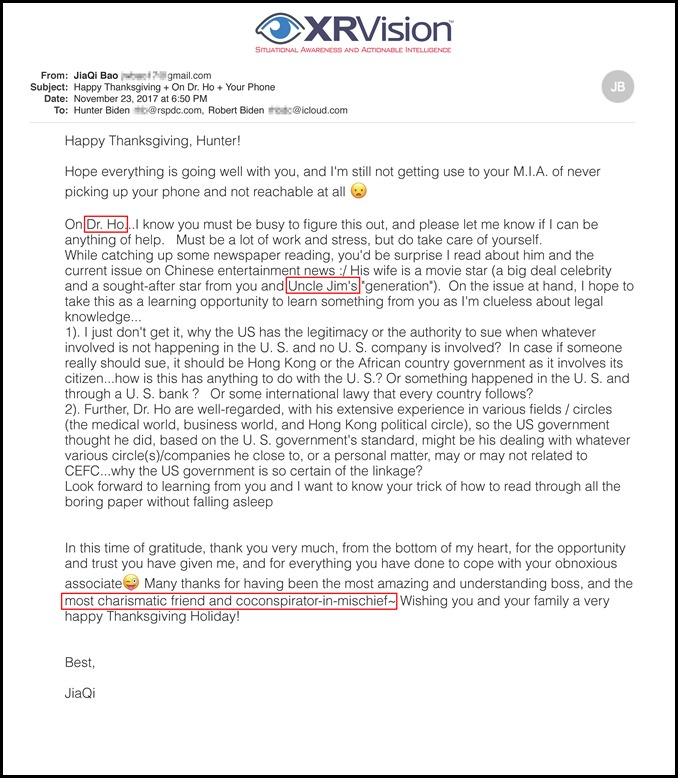 Image 2: A note about Patrick Ho, looking for further lessons in conspiracy

The “doggie chain” JiaQi is referring to are likely his brother’s dog tags which he left behind. 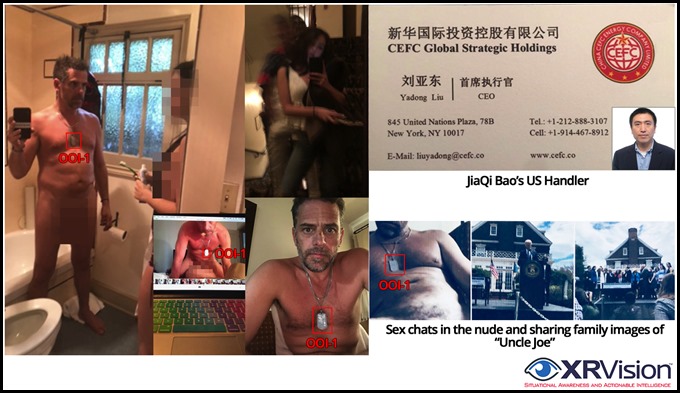 Image 3: Hunter and his “doggie chain” hard at work before it went missing and JiaQi’s US based handler

In another communication dated March 26, 2018 (Document 6), as CEFC was disintegrating into bankrupcy, JiaQi advised Hunter to keep all the money that was already transferred to Hudson West. Her rational was that no one in China would care or say anything. Hunter took her advise and cashed about $1.4 million. This was almost certainly an official Chinese calculated move to give them future leverage over the Bidens. Legally, Hunter and Jim Biden’s company Hudson West assets should have gone to the CEFC creditors, not to the personal Biden bank accounts.

In this context, it is noteworthy that several communications sent to Hunter by Jiaqi Bao include Chinese opposition research materials targeting President Trump and specific strategic and tactical advice on how to defeat him in the 2020 elections. As unfathomable as this is, what we have here is a textbook example of a compromise: Chinese intelligence is potentially controlling the family and a would-be US president through financial incentives and honey potting his son and this has been going on for years, yet, not a peep from the DOJ or the IC. 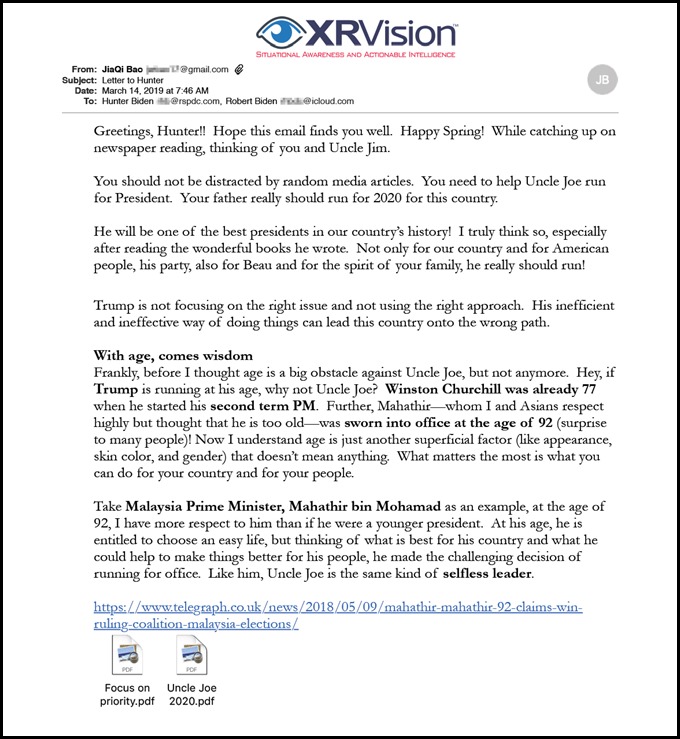 Image 4: Thinking of you, Uncle Jim and uncle Joe.. On March 2019, JiaQi, who is fronting Chinese intelligence wrote to Hunter: “Trump is not focusing on the right issue and not using the right approach. His inefficient and ineffective way of doing thing can lead this county onto the wrong path.”

Document 2: Uncle Joe 2020 – A letter outlining the Chinese action items for the Biden campaign. One entry states: “Trump, despite of his age, still acts like a kid and he is so “blind” (arrogant + ignorant). Shut down the government for his border wall is merely one example of his backward thinking and immaturity. Constructing a border wall is worse than throwing money down the drain.”

Document 4: An insight into the US technology investment strategy of the Chinese intelligence

Document 6: Confidential – howdy and items to wrap up and Keep as much money as you can

These and some of the other documents strongly suggest that the Chinese government was engaging in full-blown influence and hands-on election interference on US soil via front companies like CEFC, HBR, and others, and that Hunter, Jim, and Joe Biden could have been trapped in these operations. 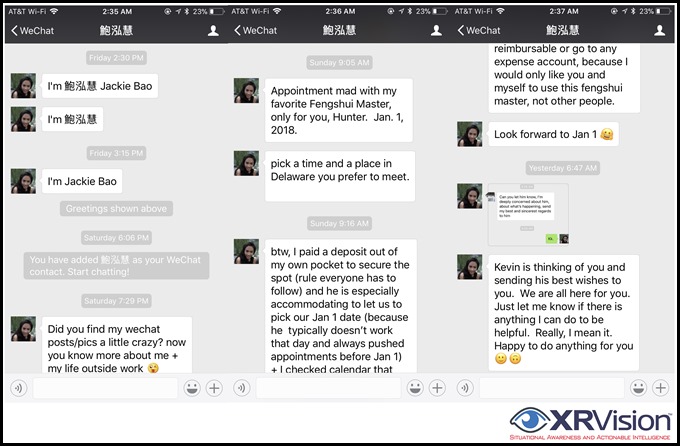 Image 5: Hi this is Jackie Boa. Sampling of JiaQi and Hunter’s communication via the Chinese Wechat platform.

58 thoughts on “Trump Oppo Research Courtesy of the CCP”