On October 19, 2020 in a document entitled “Public Statement on the Hunter Biden Emails”, more than 50 former US intel officials signed a propaganda letter saying they believe the Hunter Biden laptop and email stories had ‘all the classic earmarks of a Russian information operation’.

“There are a number of factors that make us suspicious of Russian involvement. Such an operation would be consistent with Russian objectives, as outlined publicly and recently by the Intelligence Community, to create political chaos in the United States and to deepen political divisions here but also to undermine the candidacy of former Vice President Biden and thereby help the candidacy of President Trump. For the Russians at this point, with Trump down in the polls, there is incentive for Moscow to pull out the stops to do anything possible to help Trump win and/or to weaken Biden should he win. A “laptop op” fits the bill, as the publica<on of the emails are clearly designed to discredit Biden.”

This letter is a textbook example of what’s wrong with many of our current and former intelligence officials. On the professional front, if this is what they truly believe based on evaluating the evidence, then, they are completely incompetent. On the other hand, if this is a political gambit, then it shows that they are morally bankrupt and untrustworthy. Misleading public statements like that are designed to subvert the truth, deceive the public, and pay political homage. Regardless if its incompetence, malice or both, it’s a fulfilment of Proverbs 12:19, “Truthful lips endure forever, but a lying tongue is but for a moment.”

“Their inability to grasp basic facts and engage in simple reasoning perhaps explains why the Obama team abandoned American military and intelligence officials at Benghazi in September 2012 and why they considered ISIS as “a junior varsity” team.”

No, dear senior former intelligence officials, Hunter’s laptop and emails aren’t the imaginary Russians again. The repair shop that handled Hunter Biden’s equipment is confirmed to have received the three damaged laptops directly from Hunter Biden in person and we have plenty of evidence to tie Hunter to the transaction.

For example, he personally signed on the work order on April 12th (and agreed to the 90 day abandonment terms). His information on the computer repair system and work order includes his phone number, emails address, and his signature matches his known signature on other verified documents and artifacts including: corporate resolutions, credit cards, payment records, contracts, and other official documents.

Hunter also came back to the repair shop a few days later. During his second visit he dropped-off a Western Digital data recovery USB drive (SN # WX21A19ATFF3) for the third laptop (which we can prove as well). In terms of chain of custody verification, the third laptop is now in FBI custody and so is the backup drive, which can be easily used to authenticate the data and claims made by outlets like the NY Post.

So what are the exact basis for the media claims that this is a Russian influence operation? Do crooks, perjurers and habitual liars like James Clapper, Michael Hayden, Leon Panetta, and John Brennan have us seriously believe that the Russians somehow convinced Hunter Biden to drop of his laptop at that specific repair shop and then to abandon it? 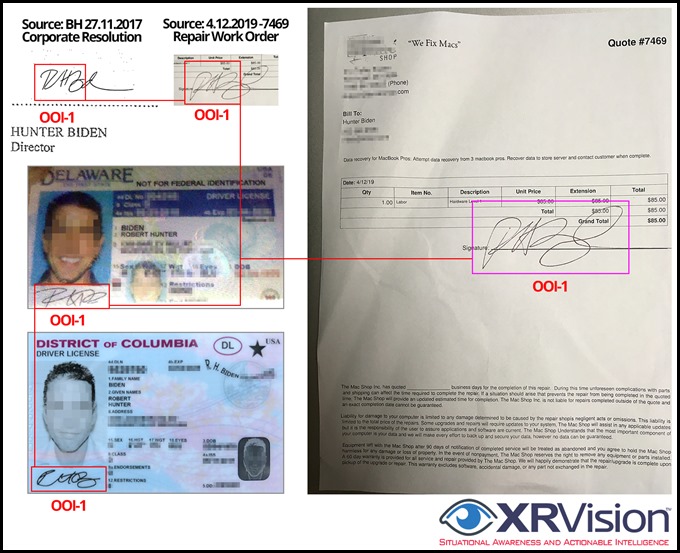 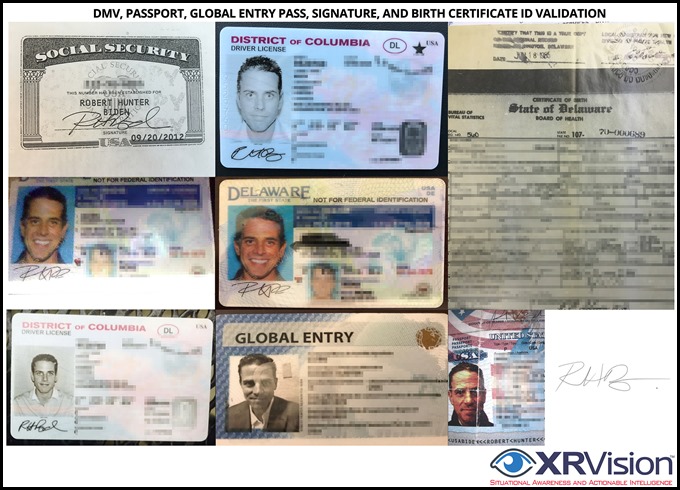 23 thoughts on “No Russians Need Apply”