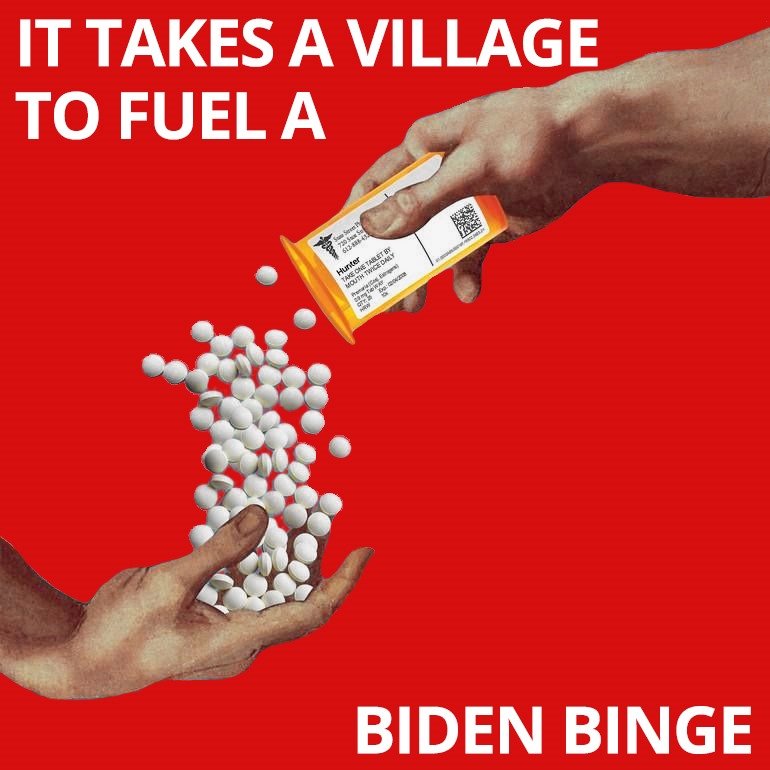 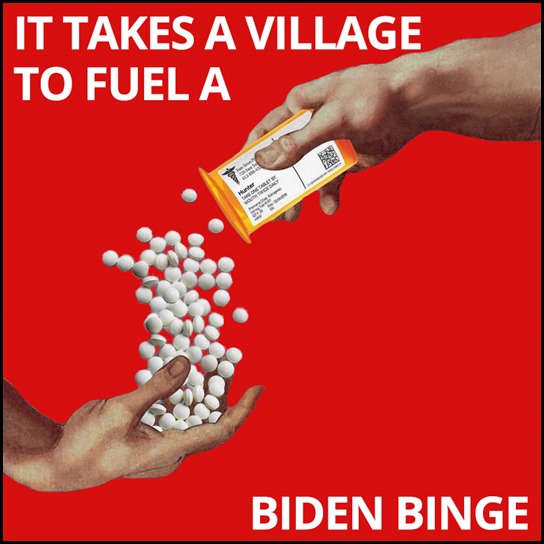 Dear Diary
In intelligence analysis, a diary ranks supreme to most personal communications. It’s one of the best sources for primary material. A diary—in contrast to letters, emails, IMs, or phone calls, which always go through some form of refinements, filtering, and self-censorship—captures a person’s raw inner thoughts and feelings. Hunter wrote various such notes and recorded voice memos on a variety of topics and these are helpful in reconstructing his psychological profile and shedding some a light on Biden family dynamics. The topics he discussed range from his relationships with and opinions of his family (including his wife, father, uncle, aunt, cousins, step mother, etc.), to sex, drugs, power, and money.

In an entry date to 07/12/2018, Hunter writes that his father “couldn’t deal” with Beau at the hospital shortly after he had his stroke. He references a related conversation that he had with Hallie (his brother’s wife):

She (Hallie) used to tell the story of how when Beau had his stroke and Pop couldn’t deal and she didn’t want to decide a lone she told me she turned to me because that’s what Beau would have wanted.  I told that story to someone I think Rob’s friends in the Hamptons and when I finished the story and said “and when she told me that I knew I would love her forever” she said to the group- “actually the reason I turned to you was because there was no one else right there and Pop was totally out of it…”

In another entry he writes about sexual abuse in the Biden family, detailing a relationship between a 12 year old girl and a 28 year old man.

“… I believe from what I know that she (Hallie) was taken advantage of early in her life.  I think the way she handled that experience that a 28 man subjected a 12 year old to is to take back her power and tell the story as a seduction on here part.  She wasn’t t taken advantage of in her mind she was the seducer she was the little girl who had a special secret power over men. And it wasn’t wrong because it was exciting and it was dangerous and it was all hers and no one else had any access to that part of her because she loved being the opposite of you.  She said nothing told no one and while you needed the attention she knew that yours was nothing compared to the attention she could draw out of any man she set her eyes on.  Kermit would have never noticed Hallie if Hallie hadn’t wanted to prove to herself that she was more beautiful and desired than Jen Knox and Devon.

In another entry discussing his fixation with the size of his penis he wrote:

… she (Hallie) started to tear down my already fragile ego. “I only remember the big penises and the really small ones I cant tell the difference between all the average ones.”  I know its easy to point out how trivial and typical stupid guy only thinks of his penis that is, but the sadistic part about Hallie is that (1).  She knew how sensitive I was to that because when I was 14 and played varsity football but hadn’t reached puberty it was a horribly embarrassing time in my life that has stuck with me from this day and because of that  (2). I loved to be reassured that my 9 inch very big penis was actually big.  It may be funny to you but its body dysmorphia and the exact reason Hallie got breast implants.  I know my penis is almost twice the size of an average mans penis I know that she knows that and I know she knows because I’ve now told her 100 times to stop implying that no matter how obviously wrong she is because no matter how beyond the little boy you have grown its harder to put out of your mind that the person says it not once not twice not 10 times but over and over.  Fucking sadistic- and I really was going to not let my anger get the better of.  But you (Hallie) fucking sick mean fuck.”

In another entry accusing his father of being an impostor, he writes:

“Do you who has done more for me been more loyal and is actual embodiment of your line – if you have to ask it’s too late. Uncle Jimmy is the only person I have ever known by a factor of ten that has never asked first . I have seen him take punch after punch in the face from every drowning family member he has saved and when the crowd of gawkers gather around and say wow that was so brave so selfless he without exception says what do you mean that was my brother who not me. Well where did you get the broken nose and black eye- and the whole family says well you know Jim he’s reckless he’s a hothead he leaps before he looks– he’s a lovable tornado. How do you let that stand? Because if there is one hero in this story that deserves the Medal of Honor for throwing himself on the grenade”

In another entry he discuss being mocked by his wife Kathleen about his plans to run for congress and her habitual pot smoking including with Michelle at Camp David.

You Are My Worst Nightmare 1

Document 1: Smoking pot in at Camp David with Michele and his wife’s comment regarding his political plans: “so you really think you can run for congress – don’t ever say that to you’re children and embarrass yourself.” 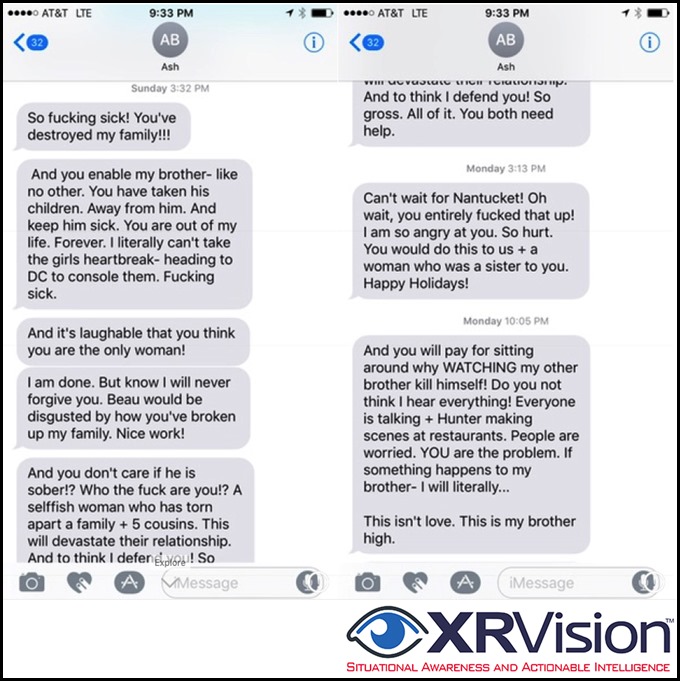 Image 1: What Ashley Biden really thinks of her sister-in-law

Analyzing Hunter’s network linkages and imagery shows that the Biden binges, in addition to illegal drugs like cocaine and pot, were also fuelled by prescription drugs. In one especially abusive sex scene involving a prostitute, she can seen taking an ampule and a syringe in preparation for injecting it into his butt. Shortly afterword he passes out.

So, if you are curious about how our political, social, and media aristocracy gets their Rx fixes, check out the sample composite below. Apparently, they don’t have to buy their stash from some sleazy dealer at a filthy bridge underpass, instead, they get it called-in by a celebrity MD at the local pharmacy.

Image 2: The source of the Rx refills. Hunter texted this IM to his doctor: “You’re amazing—the actual Wonder Woman from the Movie” referencing the lightning speed in which she refills his remote prescriptions. She replied: “…Awww, my pleasure”

Oh, It was the Cigarette!
The Navy was aware of Hunter’s alcoholism and drug history, but due to political pressure, granted him three waivers (age, alcohol, and drugs). On May 7, 2013, he was assigned to a post at public-affairs Reserve unit at Naval Station Norfolk. The night before Hunter’s first weekend of Reserve duty, he claims to have stopped at a bar a few blocks from the White House for a drink. Once there, he alleges that he got a cigarette from two men which, unbeknown to him, was laced with cocaine. On his first day at the base, Hunter had a urine sample taken for testing.

A few months later, he was notified that his urinalysis detected traces of cocaine. Under Navy rules, a positive drug test triggers a dishonorable discharge. Hunter composed a letter to the Navy Reserve saying that he didn’t know how the drug had got into his system and blamed the mysterious cigarette. The Bidens then engaged Tom Gallagher, a former Navy lawyer who had worked with Beau at the U.S. Attorney’s office in Philadelphia, who agreed to represent Hunter pro bono. But, even a powerful shaman like Gallagher couldn’t bleach Hunter’s history. The Biden’s then made a strategic decision to withdraw the appeal, most likely because ,(1) an appeals panel wouldn’t believe the cocaine laced cigarette story. (2) the appeal decision would almost certainly be leaked to the press. On February 18, 2014, Hunter Biden was discharge from the navy with an abysmal service record.

Hunter Is Out Of The Navy 1

Document 2: Biden’s Son Hunter Discharged From Navy Reserve After Failing Cocaine Test.  “Good as it could be, Time to move on, Love Dad”