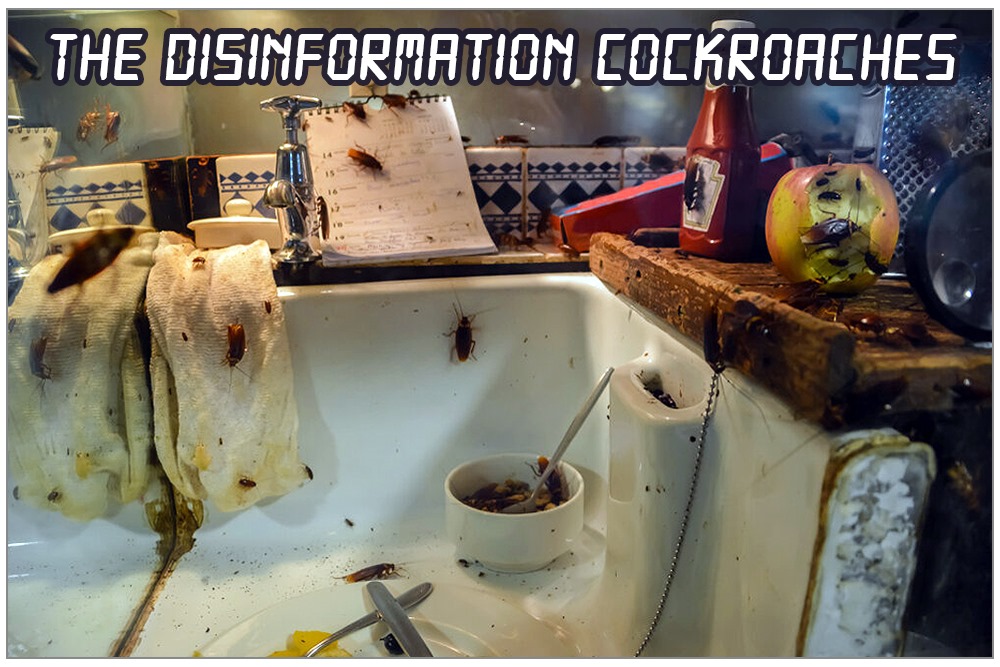 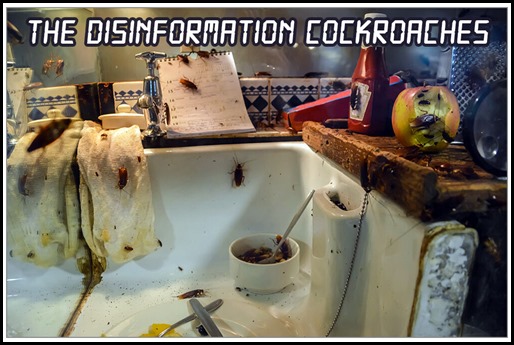 With Zuckerberg’s confession about his FBI tryst and the release of the Twitter files (parts 6–7), it’s now patently clear that a coalition of USG agencies, SM companies, MSM, the Republican establishment, and democratic operatives conspired and stole the 2020 election by suppressing the Hunter Biden Laptop story and engaging in massive election disinformation activity.

Image 1: A sampling of few of the 2016-2022 USG and Republican establishment sponsored active measures

Were coordinated active measures designed to target President Trump and the MAGA movement. Yep, the Bushes may be out of office, but their dynasty and the old DOJ/DoD/FBI/Agency networks are alive a kicking. 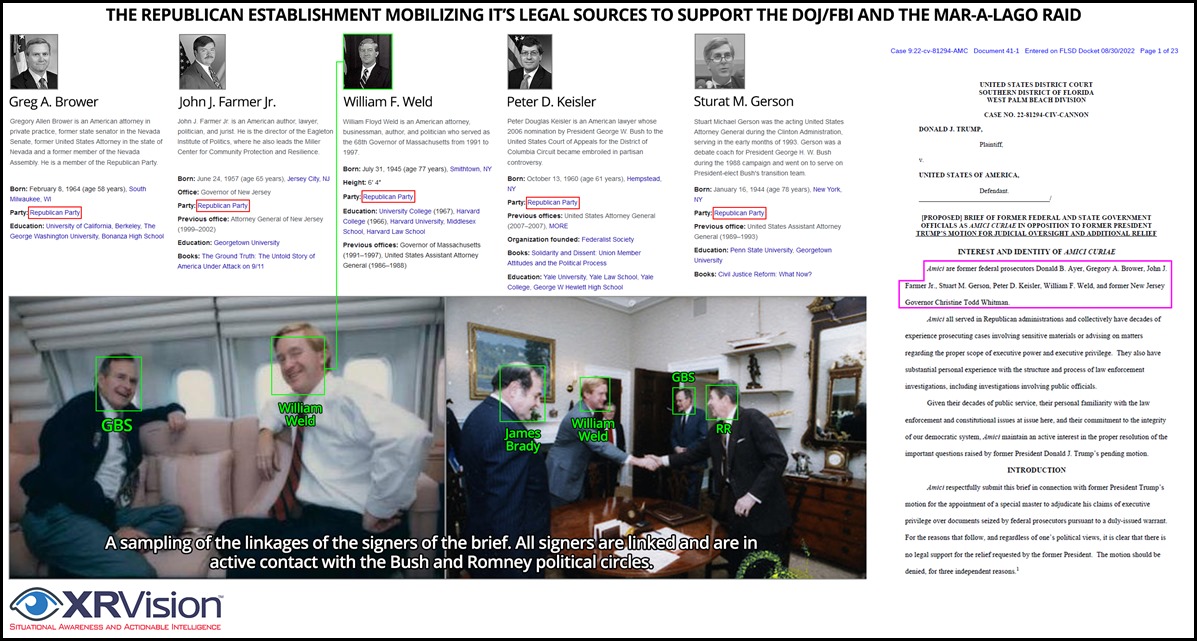 Image 2: A few of the Bush/republican establishment DOJ affiliates behind the Mar-A-Logo raid

This poem is dedicated to all of the Bush-Romney-McCain-USG cockroaches who in 2016-2022 cried: ‘Havoc!’, slipped the dogs of war, and butchered our republic and justice system.

The Disinformation Cockroaches (inspired by Lord Byron’s The Destruction of Sennacherib)
The cockroaches crawled out of the swamp in the night,
The USG and MSM conspired with them with delight;
The facts checkers drowned the truth in lies,
Crowing a corrupt senile usurper in disguise.

Like the leaves of the forest when summer is green,
‘Russian Collusion’ and ‘J6’ played on every screen;
Like the fallen leaves when autumn hath blown,
The Hatch Act now lies dead with no one to mourn.

For the Angel of truth flapped his wings in a gust,
And breathed in the face of the deep state as he passed;
The ministry of truth censors waxed deadly and chill,
And their hearts but once heaved, and forever grew still!

The authors of the Twitter mails now cry and bemoan,
The idols of  grift have fallen in the temple of Mammon;
And the WaPo-NYT demon smote by the sword,
Hath vanished like sin in the glance of the Lord!

A sampling of Republican establishment anti-MAGA/Trump operatives
Howse, Flynn, McInerney, and Fanning – The Kraken and Raid 11/27/20 interview (~ min 42:00)
Roger Stone – The architect (with Flynn) of J6 riots, an anti-Trump saboteur, and a sexual pervert
Kevin Moncla – A convicted criminal and a leading disinformer regarding the GA elections (1, 2, 3)
Jovan Pulitzer  – The king-of-con, the man behind Swordgate
Ben Hendrick – A Microsoft exec, his disinformation movie about the GA ballots (1, 2, 3, 4)
Shawn Smith – A DoD op and his involvement in the staging of the J6 riots

References
The 2000 Mules from Outer Space
My Name is Jack Maxey, and I’m a Fabricator
The Birth of the American Weimar Republic

18 thoughts on “The Disinformation Cockroaches”