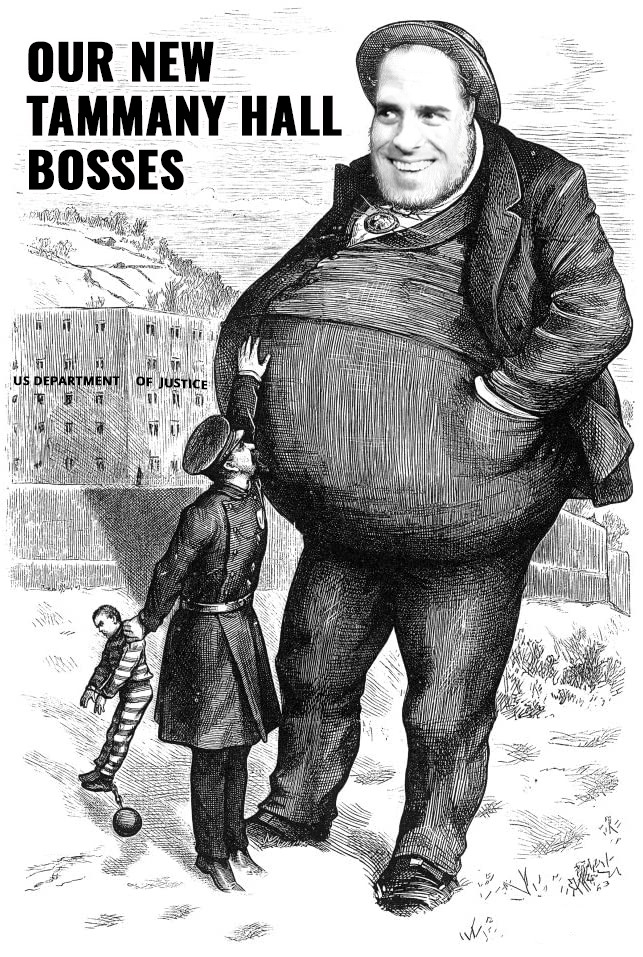 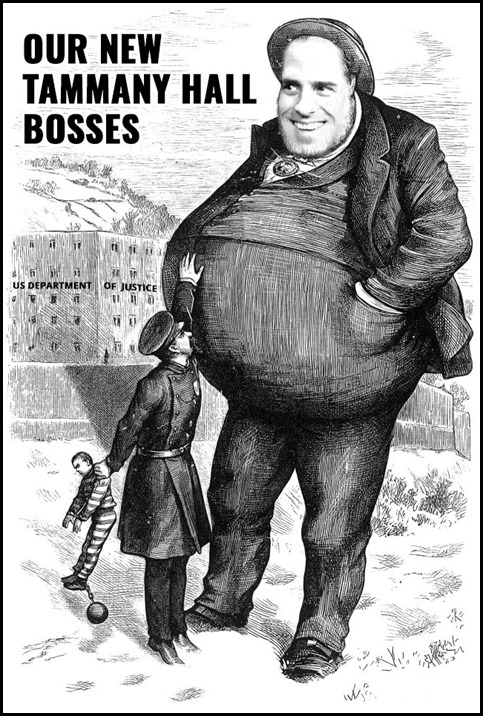 Patrick Ho Chi-ping, the Vice-Chairman and Secretary-General of the CEFC and the former Hong Kong Home Secretary, was a senior Biden partner in CEFC. In return for the $10 million annual payment to the Bidens, CEFC relied on them to open doors to various power brokers in the US and worldwide. The Bidens acted as the ultimate character/business references and indeed introduced CEFC management to organizations like the UN where Ho ended-up sprinkling tons of bribe pixy powder.

The Bidens knew exactly who their Chinese business partners were. It’s clear from the detailed due diligence the they conducted on their future partners that they were aware that the CEFC executives and other Chinese oligarchs were connected to the CCP and Chinese intelligence.

Document 1: Sample of due diligence conducted by the Bidens on Patrick Chi Ping Ho in 2017

Document 2: Looking to ‘lubricate’ millions in Chinese influence operations in the US.  “Please keep this between you and I.” (1)

In 2018, Ho was arrested and charged with international money laundering, conspiracy, and violations of the Foreign Corrupt Practices Act. After a lengthy trial, a New York court convicted him and sentenced him to three years in federal prison. 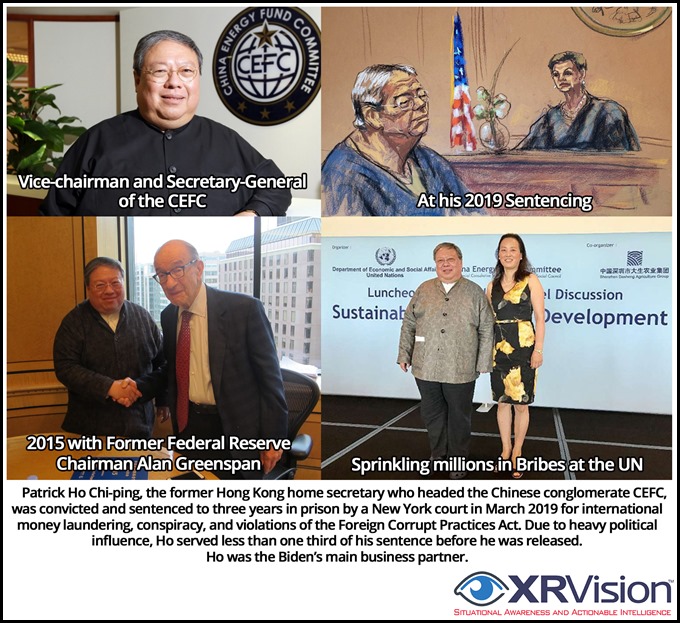 The Ho affair sounds like a typical foreign corruption tale but this one has a little twist. Beyond the Biden business involvement in CEFC, shortly after Ho was arrested, Hunter Biden, Ho’s partner, sprang into action and drafted a $1 million dollar legal retainer to be engaged as Ho’s attorney. It goes without saying that 1 million dollars is a huge retainer and should raise a red flag with the NY Bar Association—all the more so when you consider the fact that Hunter isn’t a criminal attorney nor even a litigator. The document clearly states that Hunter’s scope of work was limited to helping Ho find a real attorney. From the internal communications, we know that within 24 hours of the arrest Hunter handed over the case to Ho’s actual attorney and was out of the picture. So what was the $1 million payment for? 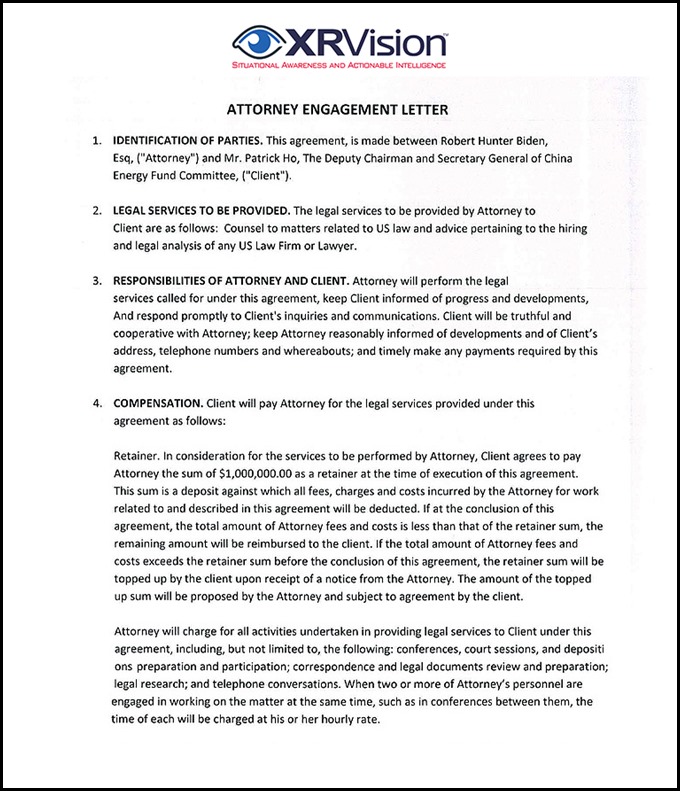 From the electronic communications that ensued, it’s clear that Hunter performed some sort of a ‘magic’ trick. He spoke directly to the DOJ to get some ‘tips’ about the case. Armed with these details, he then handed over Ho’s case to the NY law firm Krieger Kim & Lewin which—for another sizable fee—assigned it to a real criminal attorney named Edward Kim. Not surprisingly, Kim spent a decade as a federal prosecutor with the U.S. Department of Justice in the Southern district of NY prosecuting similar cases that Ho was charged with.

Document 3: “What are the names of the FBI agents you spoke to?” 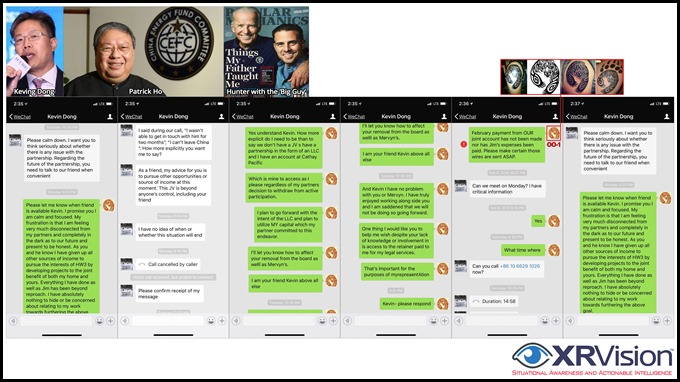 Apparently this Tammany Hall magic was quite powerful and Ho managed to win the court room lottery. In March 2019, he was sentenced to three years (a far lighter sentence recommended under sentencing guidelines). Even more mind boggling is the fact that Ho ended-up serving only a fraction of that sentence and he did that in a “minimum-security camp”. In June 2020, he was released and shipped in luxury back to Hong Kong.

A Note to the DOJ OIG:

If your team has a few minutes to spare, (though, I know that you are all very busy at the moment investigating important matters such as the Cuomo’s nursing home massacres), you may want to conduct a quick audit of the Ho case and the financial sources used in his legal defense. You might be surprised to find that back in late 2017, the DOJ was already fully aware of the CEFC’s corrupt practices and the Bidens’ involvement in them (and as early as 2016 in the Burisma case). You will also discover that some DOJ officials were tipping off Hunter Biden about the case.

As someone who celebrates Passover you are probably familiar with the concept of the four questions and the four sons. For this year’s Passover celebration, why not add this additional question “Why is this Ho different from all other Hos?” to the list? And while at it, why not add a new category to the four sons, a one that should have known better, but didn’t. As demonstrated by the IC and DOJ turning a blind eye to Chinese influence operations in the US and the habitual criminal life style of the Bidens.

Judge Loretta A. Preska March 28, 2019 Order as to Chi Ping Patrick Ho
“Pursuant to Rule 38(b)(2) of the Federal Rules of Criminal Procedure, the Court recommends to the Attorney General that Defendant be allowed to remain at the Metropolitan Correctional Center in Manhattan for an additional six months so that he can assist in preparing his appeal. Following this period, the Court recommends that Defendant be designated to the minimum-security camp at FCI Danbury or another comparable facility close to New York City to serve the remainder of his sentence. So Ordered: Signed by Judge Loretta Preska on 3/28/2019″

(1) The family discussed in document 1 is related to Guo Guangchang, the owner of Fosun International Limited