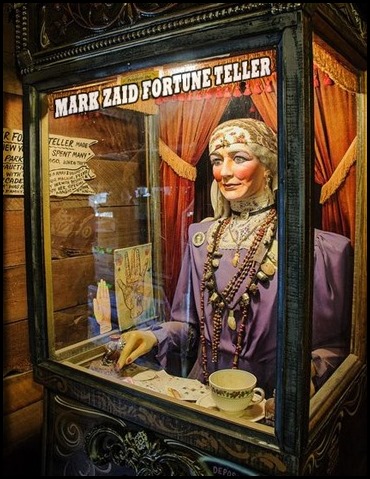 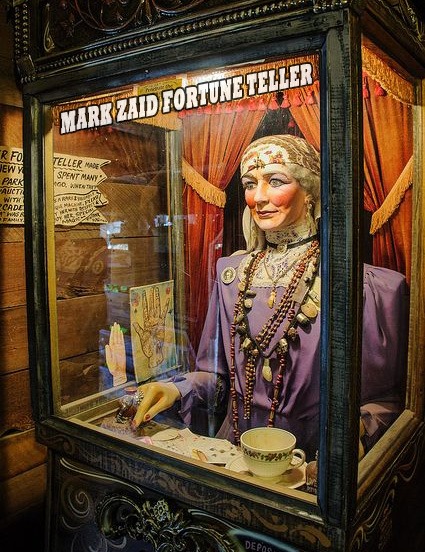 It is a little known fact that Mark Zaid, the Ukraine call whistleblower’s maverick attorney, has a number of superpowers. These talents go far beyond his uncanny ability to squeeze money and fame from the dead, instantly teleport to the CNN studio, and provide a never ending pseudo-legal narrative that supports President Trump’s impeachment and the justification for general Flynn’s persecution. Zaid himself, as well as his sizable fan base have compared him to hybrid of Clark Kent and James Bond. 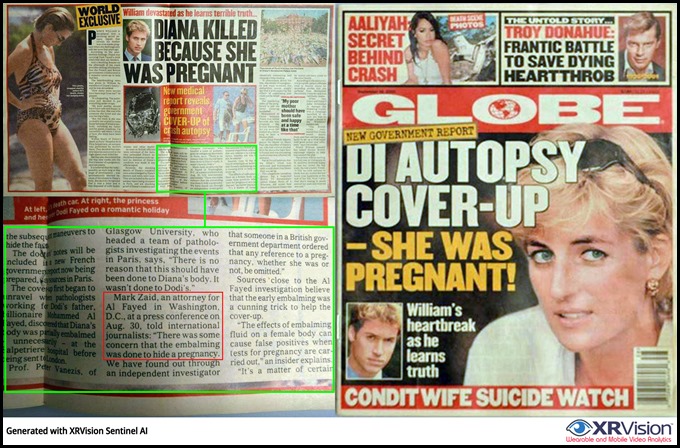 Image 2: Squeezing money and fame from the dead: Mark Zaid, the attorney of Mohamed Al-Fayed, promoting the conspiracy theory that Princess Diane was murdered by the Crown because she was pregnant

But in addition to these superpowers, Zaid has some additional skillz that haven’t been made public until now. It turns out that he is psychic and a fortune teller as well. In March 13, 2017 using what can only be attributed to divination, Zaid’s partner, John N. Tye, reinstated a 4 year defunct company called Values United DBA Whistleblower Aid.

Tye described this reborn organization as:

“a pioneering, non-profit law firm that helps patriotic government employees and brave, private-sector workers report and publicize their concerns” with legal advice that “is confidential, but never ideological or partisan.” 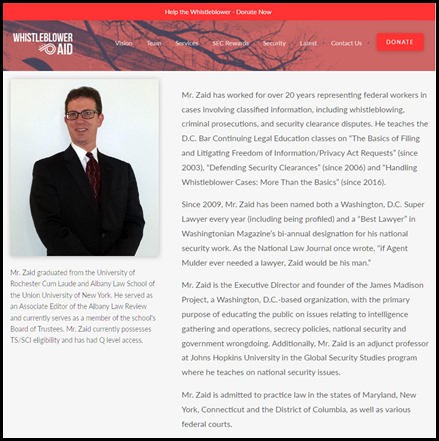 Shortly after their 2017 re-formation, Tye donated $1.5 million to the organization (oddly, in 2015, he had difficulty paying $13K in legal fees) and launched a media blitz in Washington D.C. to publicize their services. The $$$ advertising campaign included ads on the D.C. Metro, people on street corners handing out branded red and blue whistles, posters, and mobile billboards that drove 8-10 hours a day circling the White House, the Capitol, the Pentagon, the CIA HQ, and the the National Security Agency HQ. 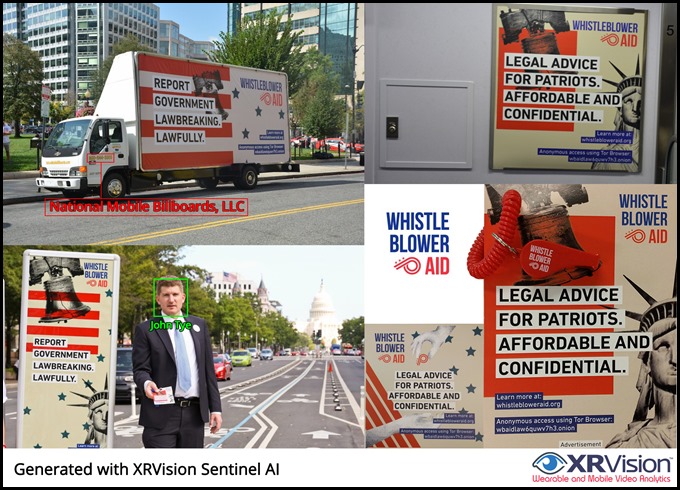 Whistleblower Aid seeks to lower the barriers for courageous patriots to step forward. As a human and civil rights organization headquartered in the District of Columbia, in some cases we hope to provide clients with additional support including:

The 5 star pampered treatment they offer (i.e. PR coaching, psycho-social consulting and treatment, temporary rent and mortgage support, and job placement), suspiciously looks more like a luxury spa/resort service than a legal aid service. Even more noteworthy is their mysterious business/revenue model. For example, it’s a puzzle how this little altruistic law firm (with > 12 employees) provides all of these expensive services pro-bono. Or, how using GoFoundMe to finance their legal fees is not violating the gift prohibition to federal employee and the following American Bar Association’s rules for avoiding conflicts of interest?

“lawyers may not subsidize lawsuits or administrative proceedings brought on behalf of their clients, including making or guaranteeing loans to their clients for living expenses, because to do so would encourage clients to pursue lawsuits that might not otherwise be brought and because such assistance gives lawyers too great a financial stake in the litigation.” 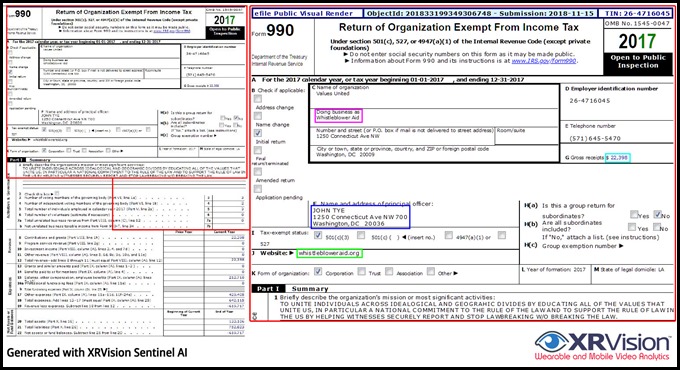 Whistleblower Aid specific language and statements also suggest that they are not your average non-partisan non-profit. In an 2017 interview with WaPo, Tye stated:

“This is not a partisan effort, at the same time, yes, the rule of law starts with the office of the president. Like many other people, we are definitely concerned about things that are happening in the administration. The decision to fire [FBI Director] James Comey. The lack of transparency. A lot of people have questions about whether this administration respects the rule of law.”

“We want to advise people what to do, whether it’s going to Congress, or an inspector general or Robert Mueller,”

These statements echo Evelyn Farkas’s partisan call in late 2016 to all federal agency employees to “get as much intelligence [about Trump] as you can”  and then publish/leak it as fast as possible, and John Brennan’s recent call for all available whistleblowers to carpe diem and step forward. All of these complementary activities suggest that we are witnessing the assembly of some sort of a political death ray machine with Mr. Zaid and Co. at the helm channeling the dark litigative energy at the president. 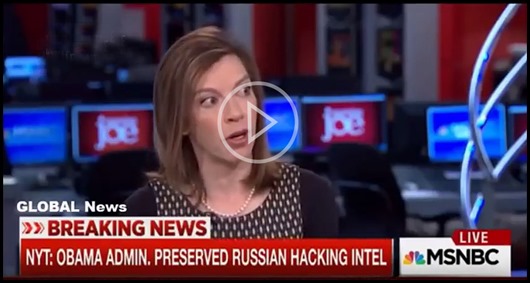 Video 1: Evelyn Farkas confirming her call to collect intelligence on the Trump team and publish/leak it. Farkas was also deliberately spreading disinformation about the Russian collusion, on one hand, telling the MSM that there was evidence of collusion, and on the other hand denying that there was such evidence during her testimony in front of the House Intelligence Committee 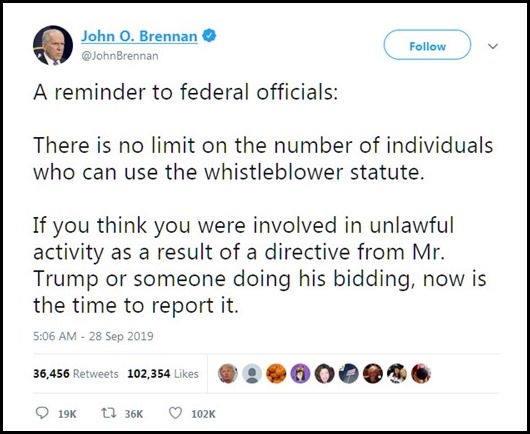 It’s possible that all of these people and aggressive calls for leakers are unrelated and that they just somehow converged. But, lex parsimoniae suggests that it’s more likely that the formation of Whistleblower Aid organization was a coordinated political effort to stand-up a factory assembly-line to deliver a steady supply of political hits.

The timeframe for their re-activation (52 days after President Trump’s inauguration), Zaid’s January 2017 fortune teller style proclamation that the “#coup” against president Trump has started, and his commitment in July 2017 that “we will get rid of him”, also supports the argument that Whistleblower Aid is in fact part of the “#rebellion” and that the only real service they provide is fuel for the “#impeachment” furnace. 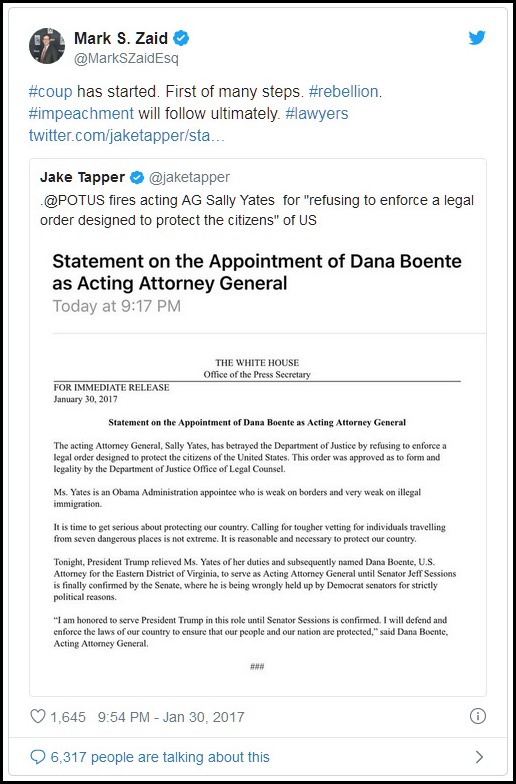 Image 7: Mark Zaid’s proclamation that the coup against president Trump has begun 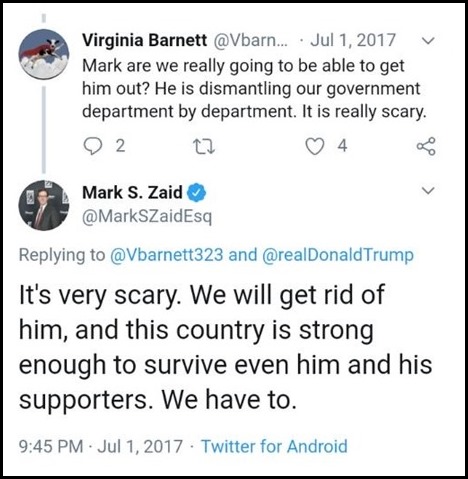 Image 8: July 2017, Mark Zaid sharing his plan to “get rid of” President Trump 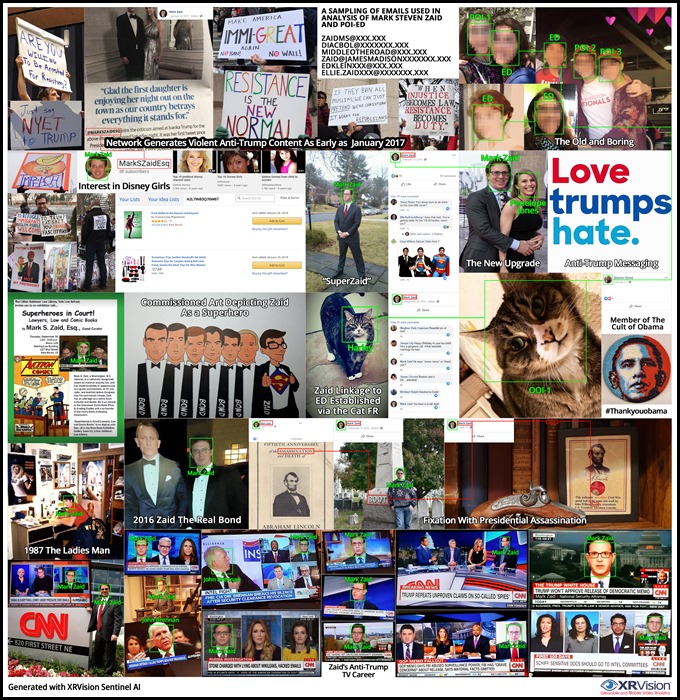 Image 9: Examples of various linkages between Mark Zaid, his anti-Trump targeted media appearances, ‘the resistance’, his on-line activity, and his social network (POI-ED is a person of interest that is related to him).

Zoltar (another well known psychic-fortune teller) once said, “Lucky at cards, unlucky in love”. From analyzing Zaid’s social and professional profile (Image 9), it certainly looks like Zoltar was right on the money. But what still remains a financial puzzle is how does John Tye’s salary of >$200K per year balances against Whistleblower Aid’s income of about $22K? And in this vein, who has been covering their losses since their inception (over $619K USD in 2017 alone), …and why?

Some Final Words from Zoltar
Dear Mr. Zaid, Tye, and Bakaj, Whistleblower Aid’s practice of using obscurity for security like aliases to create on-line accounts, burner phones, and private email communications to store and transmit government secrets only works in the movies. In the real-word, every piece of classified information your clients remove from the SCIF and transmit to you via your super-duper ‘dedicated secure devices’, can be easily intercepted by every hostile foreign state actor that is monitoring your traffic. Also, I hate to break it to you guys, but TOR is just an anonymizer, it’s not an end-to-end encrypted platform (and even if it was, it would still be insecure). If you don’t understand these fine nuances, maybe you shouldn’t be providing paid cyber security advice and data exchange services to federal government employees with top secret clearance. Back in Craplikistan (where Zoltar used to practice law without a license before becoming a fortune teller), providing such advice and services was considered negligence, breach of fiduciary duty, or breach of contract by a lawyer and was a grounds for a legal malpractice action. Here, in the US, its also likely a violation of Title 18 of the U.S. Code, Section 798.

In fact, Zoltar would be positively shocked if the Whistleblower Aid society isn’t one of the biggest watering holes for foreign intelligence gathering. But, considering Mr. Zaid’s awesome psychic powers and cyber security expertise, I expect that none of this is news to him. 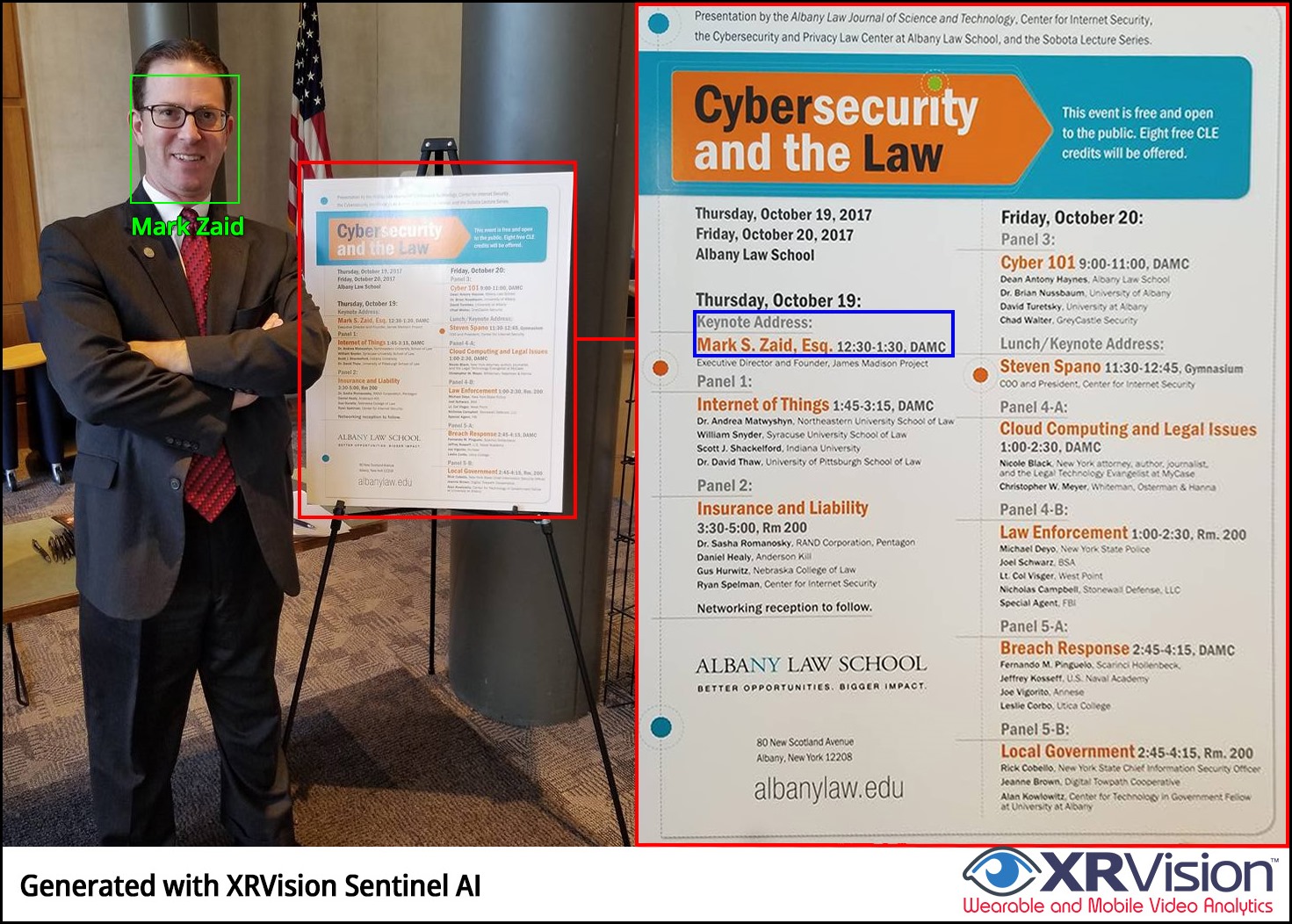 Image 11: An example of using an AI object classifiers to find a hidden linkage between Mark Zaid and POI-ED (a person of interest related to him). Both have independent shared objects such as photos, paintings, a cat, articles of clothing, and household items that the ML classifier was able to identify independently, match, and link 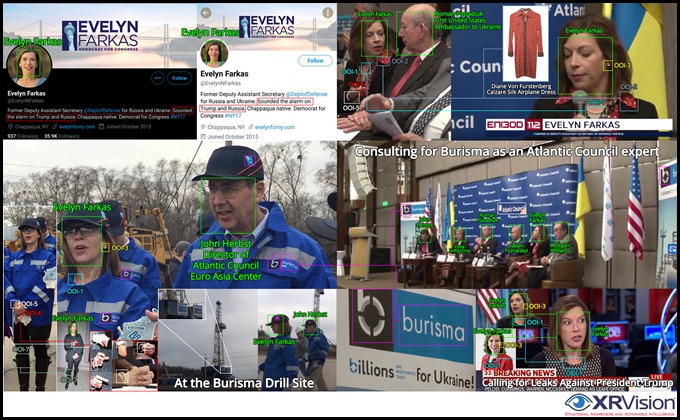 Image 12: Evelyn Farkas the queen of disinformation, saving US democracy one leak at a time, her $$$ Burisma consulting gig, and her 2019 bid for US Congress