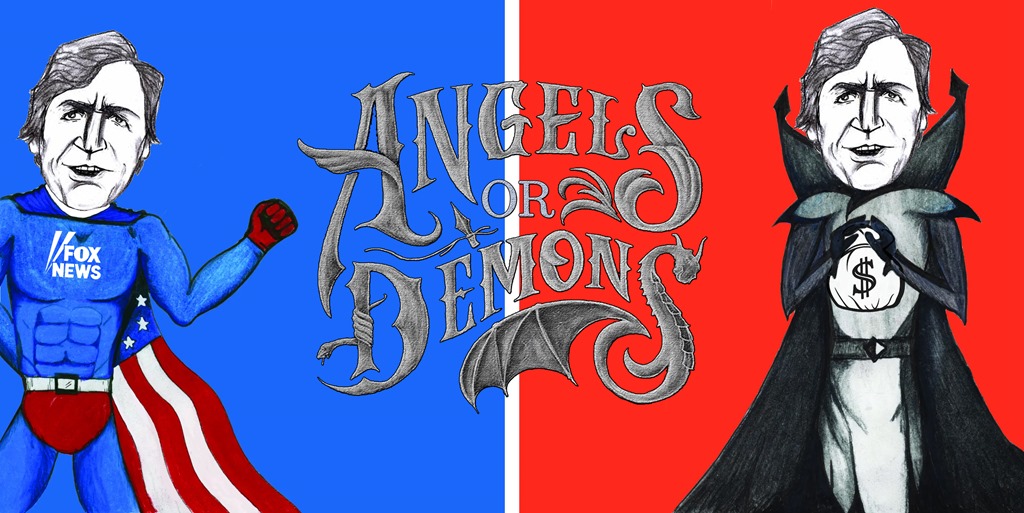 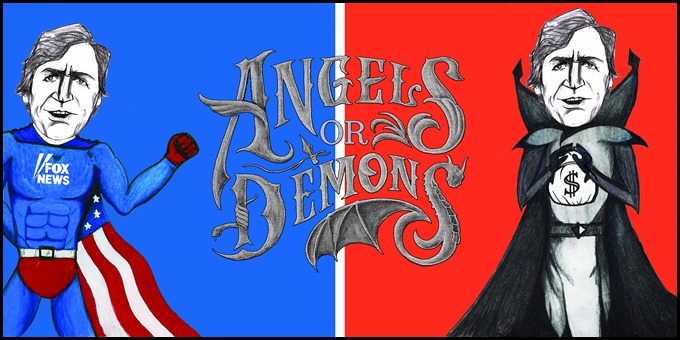 By all accounts, Tucker Carlson is one of the ideological pillars of conservative thought, a leading patriotic media crusader and the ultimate authority on all matters of political and personal morality. He shares his pontifications nightly on his prime-time Fox sermon hour, exposing them corrupt democrats everywhere. Thank heavens for Tucker who is there 24x7x365 to guard our Republic.

But, it seems that Tucker has a few dark secrets. A little known fact: he is a registered Democrat and despite what he and Hannity spew about the the privileged and corrupt elites, Tucker and Hannity may actually BE some of the largest swamp creatures themselves.

Documents 1-5: Tucker Carlson, Hunter Biden’s enabler and the likely reason why he dropped the coverage of the laptop and inexplicably lost the USB flash drive with the damning evidence just prior to the 2020 elections. The context of the third letter is Hunter using Tucker to spike the story (which was true) that Hunter was regularly using Ashley Madison to cheat on his wife Kathleen.

The Sound of Crickets
Dear Mr. Hannity/Carlson, you’ve had a copy of the Hunter Biden laptop for a while now; back in January 11, 2021, you stated that this content will “shock the soul of this nation”. I’m curious, if you feel so strongly about Hunter Biden, why, were trying to arrange a presidential pardon for him last January? And why hasn’t Fox published/addressed any of the above documents yet?

Another day, another Kabuki theater performance. Tucker now claims that the NSA is spying on him and is trying to get his show off the air. The NSA in-turn, denied his allegations. 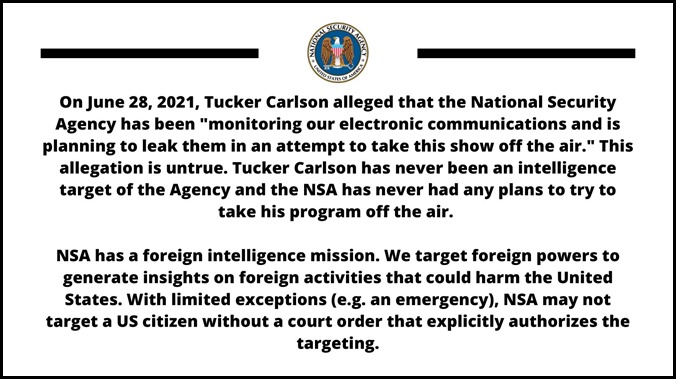 On his Tuesday’s edition of “Tucker Carlson Tonight”, he called the NSA denial “infuriatingly dishonest” and “an entire paragraph of lies written purely for the benefit of the intel community’s lackeys at CNN and MSNBC”.

My take on this is that Tucker and Hannity are sleazy narrative engineers who make a living playing both sides. In this context, Tucker’s allegations against the NSA are a shiny object claim and a desperate attempts at damage control. The above mentioned emails have the potential to destroy his conservative reputation, so, instead of addressing them and explaining why he shielded the Biden crime family during and after the elections, he makes himself the victim and goes after the big bad NSA.

15 thoughts on “Hi, My Name Is Tucker Carlson and I’m A Swamp Creature”