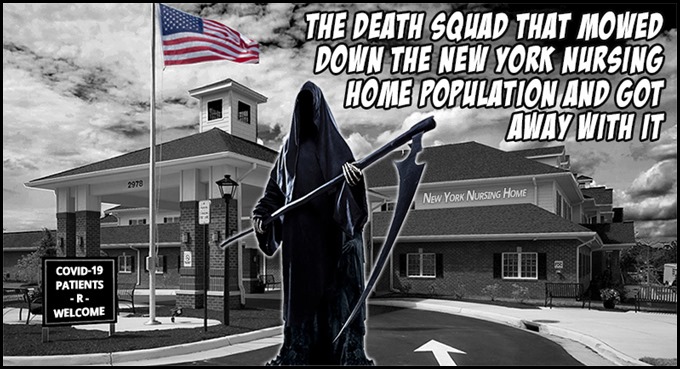 I am at a loss to explain why neither one of you has been fired, resigned in disgrace, been arrested, or why you Governor Cuomo haven’t been impeached yet. Somehow, all three of you have managed to maintain your poorly deserved prestige and professional licenses, and you continue to brightly shine in the daily MSM briefings. This defies all logic as any other public servant responsible for what you have done by now would have been labeled with the shameful stains of negligence—but not you!

Despite your misconduct and total dereliction of duties, you still remain inexplicably unscathed. But what this wretched Covid-19 affair has cast on your reputation won’t wash away with brevity or jokes. 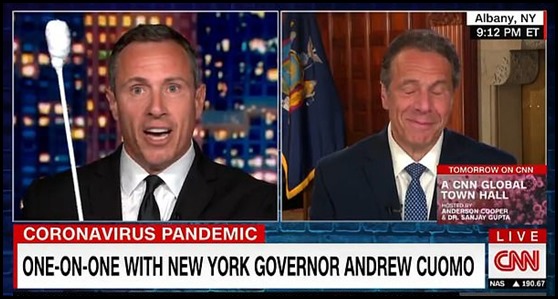 You recently issued another administrative directive, or, might I say, royal proclamation befitting a tyrannical monarch not accountable to anyone nor the law of the land. This order reversed your previous decree that all hospitals can transfer Covid-19 patients directly to nursing homes and care facilities. This is an affirmation of the criminal act which resulted in the deaths of over 6,000 (more likely quadruple that figure) patients in the New York state and continues even now at the rate of 10-30 per day.

Image 2:  Howard A. Zucker, the over-credentialed high priest of the medical intelligentsia and the New York Commissioner of Health, getting more useless degrees and telling the world how he eradicated the Zika and Ebola viruses. Zucker was the leading NYS medical authority to sign the nursing home death warrant directive

History shall record that it was the following perverse order that led New York state to commit a heinous crime against the weakest and most vulnerable members of our society:

“No resident shall be denied re-admission or admission to the NH solely based on a confirmed or suspected diagnosis of COVID-19. NHs are prohibited from requiring a hospitalized resident who is determined medically stable to be tested for COVID-19 prior to admission or readmission.” 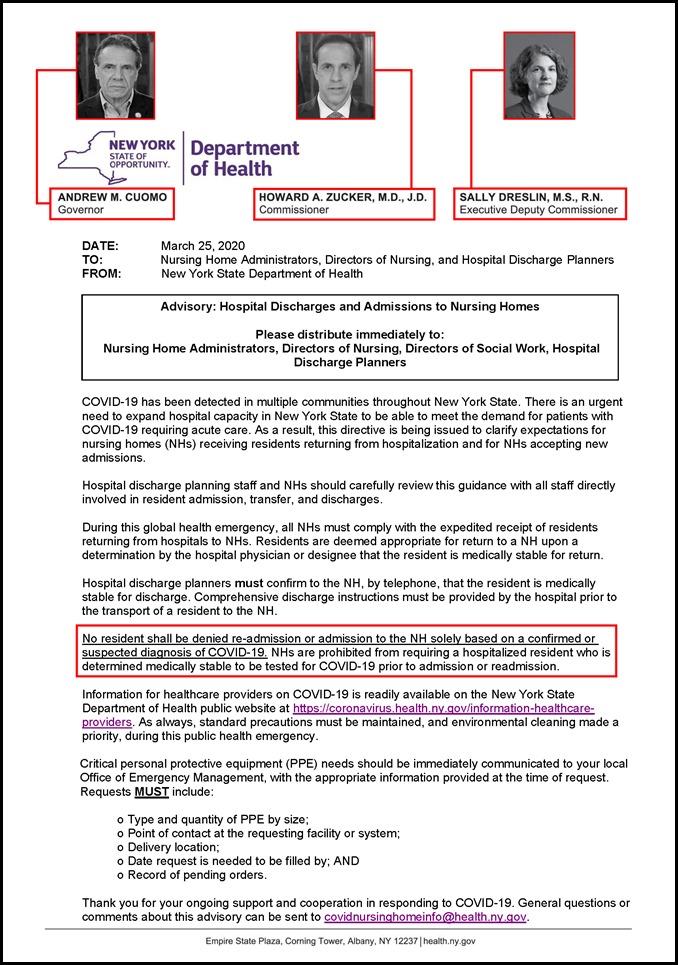 Image 3: The New York Department of Health directive to move Covid-19 patients from hospital to nursing home and the prohibition against requiring testing prior to admission

Even if your vile enablers at CNN and NYT suppress the truth for a while longer, you can be certain that what you have plotted in the dark will be revealed in the daylight, and what you have schemed in the inner rooms will be proclaimed from the rooftops. Since you have subverted all channels of justice, it should now be the duty of every resident in the state to speak out and not become an accomplice in this crime.

And it is to the three of you that I shall proclaim this with all the revulsion that a man can summon with the written word:

You were aware of the potential devastating consequences of your directive prior to your actions—but you issued the directive nevertheless. To whom if not to you, Governor Cuomo, the first magistrate of the state of New York, shall I reveal the treacherous nature of your band of Ivy league credentialed thugs? 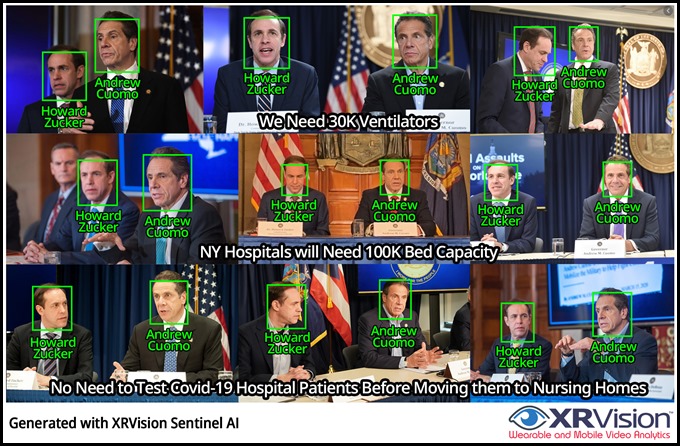 At the root of it all are the three of you: Andrew M. Cuomo Governor, Howard A. Zucker,  Commissioner of Health, and Sally Dreslin, Executive Deputy Commissioner of Health. You, your media accomplices, and your healthcare industry ‘donors’ are the prime movers behind the death sentence that you pronounced on the thousands of high risk elderly New Yorkers.

I realize that at the end of the day, Governor Cuomo, you are a just a manipulative political opportunist who believes that there are no limits to what you and your entourage can do and get away with. Nonetheless, you are still accountable to G-d—to whom you will ultimately have to answer. I have not despaired of the triumph of justice, in this case, I believe with the strongest conviction that truth is on the march and neither you nor your wicked lot can stop it. The positions are clear: on one side are your legions of darkness that will do all in their power to subvert the truth; on the other side is the sons of light who will fight to expose it.

With the truth in mind, I level these charges against you:

As for the people I am accusing, I have never met them nor do I bear them any personal ill will. To me they are mere tools, purveyors of evil, instruments of greed, and agents of harm to our society. I am taking this measure to hasten their exposure in the hope that by doing so, tens of thousands of families will find some solace and the justice they deserve.

“…where the body of the people, or any single man, is deprived of their right, or is under the exercise of a power without right, and have no appeal on earth, then they have a liberty to appeal to heaven…”

Three hundred and thirty years later, this is the appeal to heaven from thousands of innocent victims.

The Hidden $$$ Trail Behind Cuomo’s Covid-19 Directives
In 2018, as Governor Andrew Cuomo faced a challenge to his reelection bid in the New York State Democratic primary, he got a last minute $1m cash infusion from the General New York Hospital Association (GNYHA)—a powerful NY healthcare industry group. On April 2, 2020, he repaid the favor when he quietly signed legislation shielding hospital and nursing home executives from any lawsuits stemming from the Covid-19 outbreak. The clauses, inserted into the annual budget bill, gave blanket immunity protections for healthcare industry executive and administrators, the same individuals and institutions that have made a fortune moving sick Covid-19 patients from the hospitals to nursing homes and long term care facilities.

What was the end result from the nursing homes front lines? Rampant and improperly rationed shortage of all PPE supplies, a blind eye turned to the possible presence of the virus by not testing patients and staff, requiring sick staff to return to work before 14 full days of quarantine—after as little as two days fever free, irresponsibly mixing the healthy with the sick, ZERO infectious disease control trainings for staff. And that’s just the short list.

Cuomo’s legal immunity legislation didn’t just happen in a vacuum. It turns out that GNYHA gave Cuomo’s New York State Democratic committee large donations which were deposited into his party’s housekeeping account and used to bankroll his re-election. The money among other things was used to buy TV ads to support his proposed budget, launch his progressive anti-gun crusade, and his 2018 campaign.

The 2018 GNYHA donation is an anomaly because it shows a massive (almost a four hundred percent increase) in donations from 2017. This move strongly suggest that the hospitals and nursing homes funding GNYHA were planning to cash in their donation through some favorable legislation or state action. 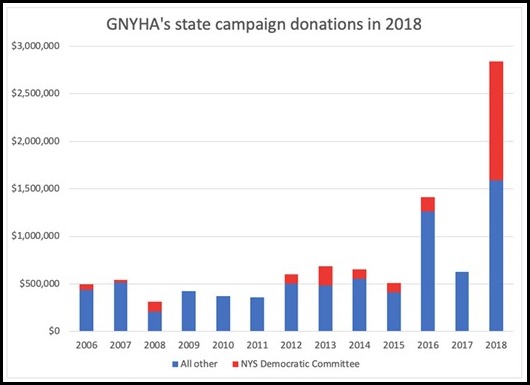 Tracing the donations shows that GNYHA affiliates gave over $900K directly to Cuomo’s campaign. In total, Cuomo and the NYS democratic party committee (which he controlled) received close to $2.3m from various hospitals and nursing home donors.

‘La Famiglia’, The Cuomo’s DeRosa Connection
According to the New York Public Committee on Public Ethics, GNYHA paid $60,000 to the MirRam Group in March-April 2020, according to the firm’s report. John Emrick, a lobbyist at the firm previously served as the chief of staff for the Independent Democratic Conference state senate caucus, lobbying the Senate majority leader’s office on “safe staffing” and “medical malpractice”. 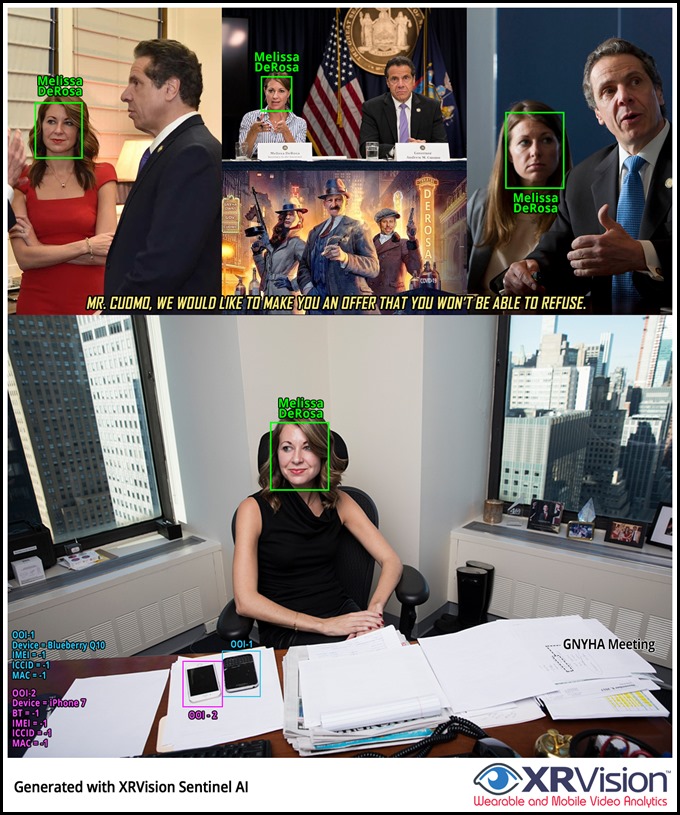 Bolton’s website describes Giorgio DeRosa as a partner and the firm’s “chief Albany lobbyist.” According to New York state records, GNYHA pays the firm $24,167 a month to lobby on “Budget/Appropriations” work.

Following a typical plot line of The Sopranos, it is not surprising that the linkage analysis confirmed that Giorgio and Joseph DeRosa were listed as lobbyists in GNYHA state disclosure forms for years, including when Melissa DeRosa was serving as Cuomo’s chief of staff and after she was promoted to his top aid.

Yup, you read it correctly. Giorgio’s daughter Melissa was Cuomo’s gate keeper when GNYHA was throwing millions at Cuomo’s via the lobbying efforts of her father. 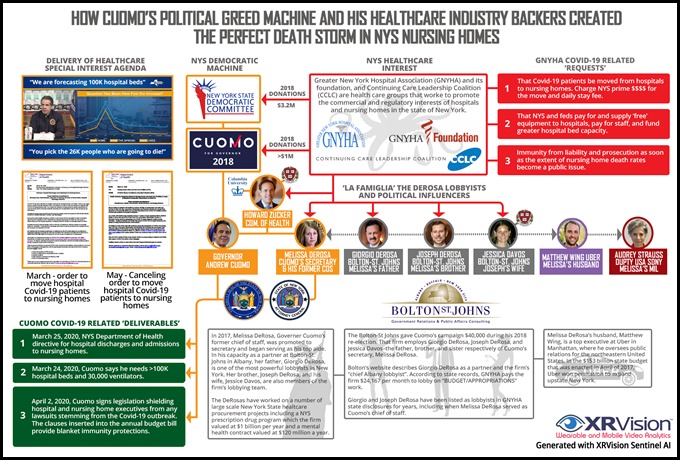 Add Zucker to list of DOH officials who can’t answer this simple question
Leading Lights: Change agents for nursing’s future
Cuomo promotes Chief of Staff, Melissa DeRosa, to be his secretary
A Lobbyist gave $900,000 in donations: Whose money is it?
NYS hospital donations to Cuomo 2018
NYS public health law 2020
The Derosas lobbying for GNYHA
When your mother in-law is the law

What Cuomo knew about the Covid-19 risks and what officials in other states did
May 27, 2020 Cuomo’s advice to a friend about sending their elderly parents to a nursing home
“You have a vulnerable person best to keep them at home… Keep them in a situation where you have the most control. That is the blunt truth. That’s what I would do with my mother.”

How the Floride governor handled the Covid-19 in nursing home problem – March 15, 2020 Florida governor DeSantis issued an executive order that prohibited transfer of patients who had tested positive for coronavirus into a long-term care facilities.

The Covid-19 healthcare industry economic bubble
The sudden outset and rapid spread of the Covid-19 virus created an economic bubble for several healthcare industry verticals. medical equipment suppliers, hospitals, and nursing homes were able (with the full political backing of the state) to create artificial equipment shortages and inflate the prices for services by factors of 2x-6x. The following table illustrates identical treatment/services and their costs before and after the Covid-19 outbreak.

Table 1: Covid-19 related treatments/services and their costs (based on the billing schedule of the Swedish Health Services hospital network)

*** Update 01/29/2021 ***
What difference does it makes, where people died? In a January 29, 2020 briefing Cuomo and Zucker admited that the death rate in the nursing homes was probably doubled that of the previously advertised. Cuomo also said: