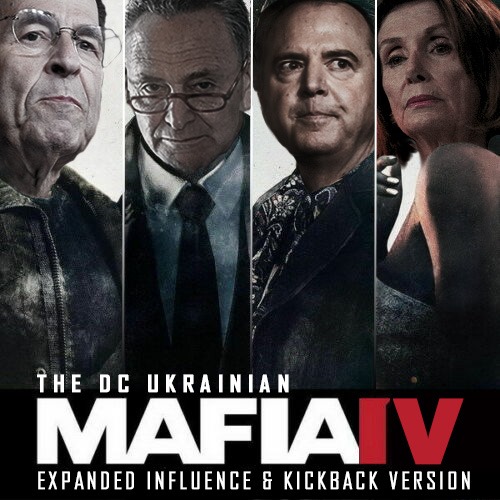 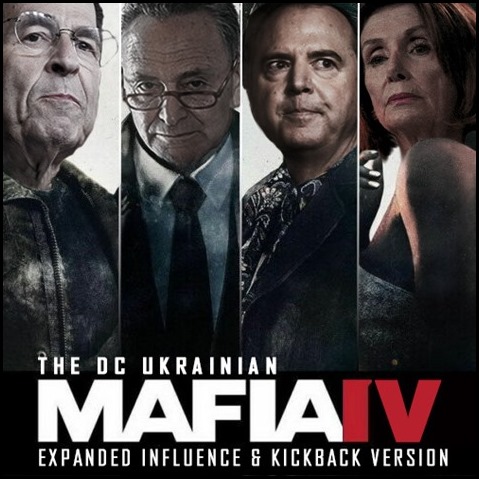 Running for Congress? Short on cash or donations? No need to worry. Now, you too can finance your campaign through a Ukrainian arms producer/exporter. Igor, for example, can host the fundraising events in his $million Washington DC brownstone. He will even throw in the Ukrainian Hors d’Oeuvres, Vodka, and Cigars. 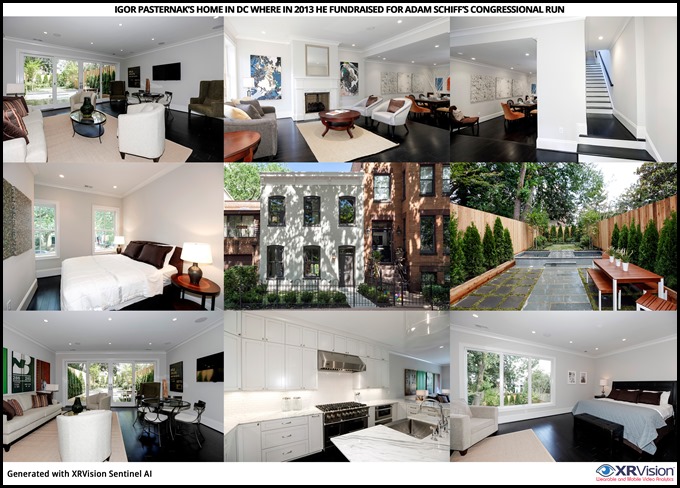 Image 1: Igor Pasternak’s luxury home in DC where in 2013 Adam Schiff used him to host a fundraiser for his congressional run

And the best part is that you never have to worry about paying him back for any of these favors, because it’s all free, no strings attached. After all, everyone knows that Ukrainian arms producers/exporters float the election campaign of congressional candidates like Adam Schiff, and Loretta Sanchez and socially and politically hub nob with Nancy Pelosi because they are just so cuddly.

If you don’t buy any of this, then the following Adam Schiff, Nancy Pelosi, and Alexandra Chalupa linkage agrees with you. 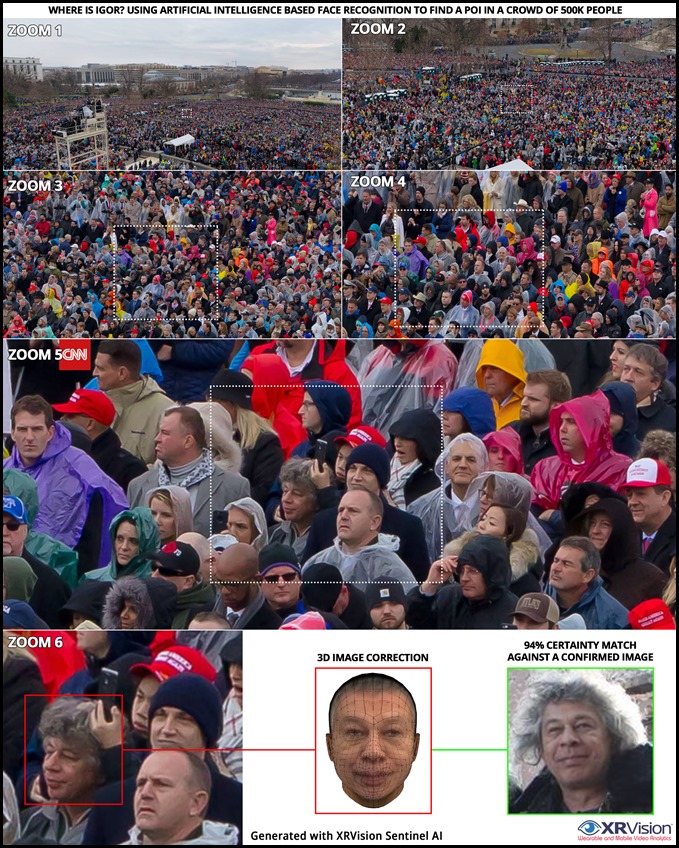 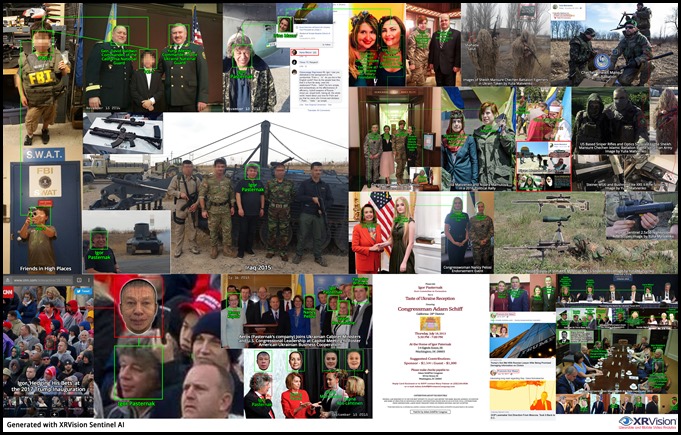 Image 3: How Pasternak floated Adam Schiff’s 2013 election to Congress and his linkage to Nancy Pelosi and the Ukrainian influence network in the US 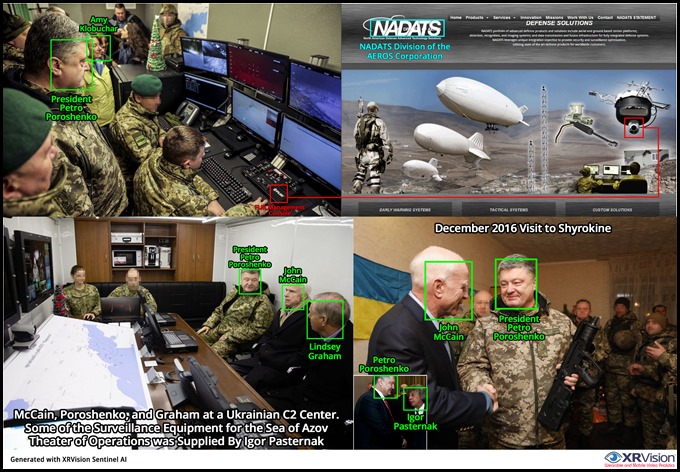 Image 5: Notes from the desk of Yaroslav Brisiuck’s the Ukrainain Chargé d’affaires in Washington DC suggest that Alexandra Chalupa could be a long term Ukrainian intelligence asset 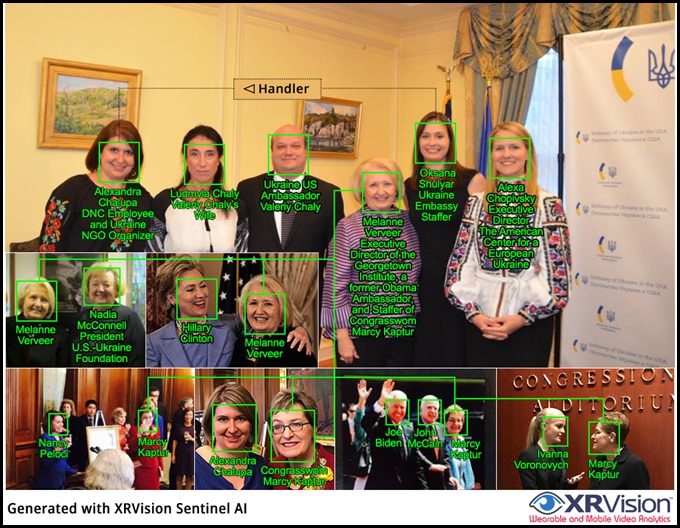 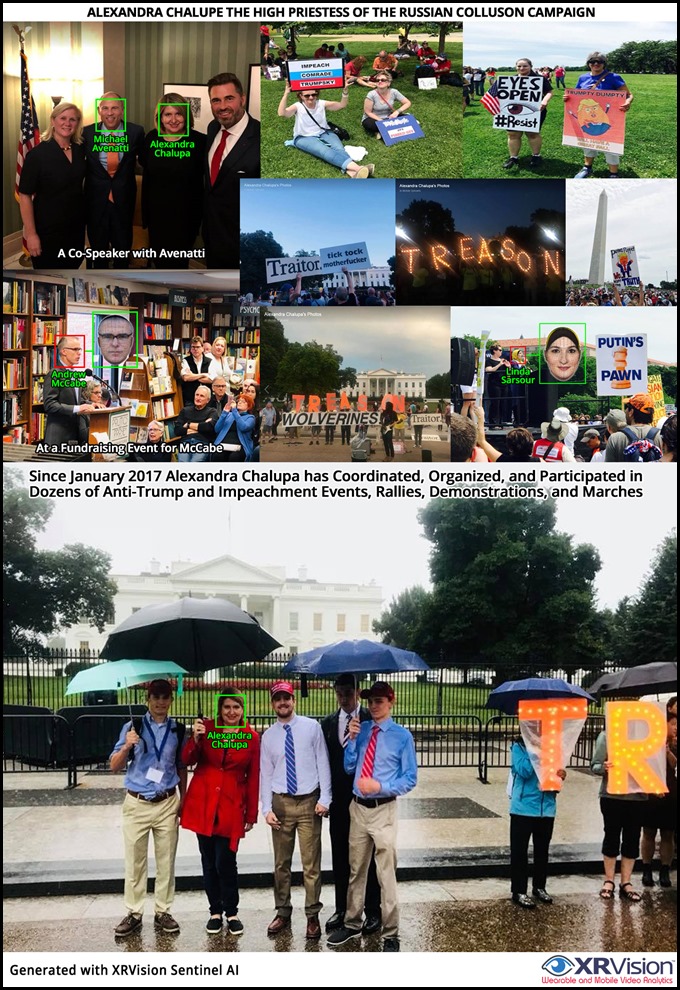 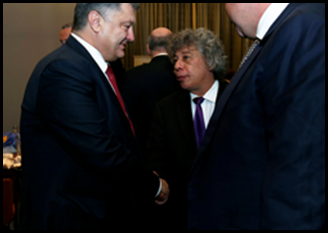 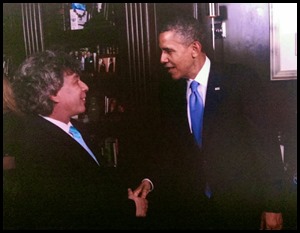 Sourcing
Identifying Igor Pasternak as Ukrainian and as an arms producer/exporter is based on multiple sources including official ATF documents and press interviews with Igor Pasternak. For example, an article titled ‘New Ukrainian M4-WAC47 rifle ‘a strong political message to Russia’ written by Illia Ponomarenko, published January 28, 2018 (using Pasternak as the source) states:

“UkrOboronProm’s (One of Ukraine’s largest arms producers)…signing a memorandum of cooperation with the Aeroscraft (Pasternak’s company), a major aviation and weapons producer founded and directed by Ukrainian immigrant Igor Pasternak.”

In another publication, on July 8, 2016, the KievPost reported:

“Pasternak found himself walking on Kyiv’s central square, Maidan Nezalezhnosti, where the central protest camp was based. “(At that moment) I understood that I am a Ukrainian,” Pasternak said during an interview on Ukrainian television’s Espreso TV shown on April 2015. Before seeing the EuroMaidan protests, he identified as an American. Pasternak then started to visit Ukraine every month or two. In January, he signed a contract for Aeros to supply Ukraine’s State Border Service with a surveillance system to monitor the Sea of Azov.” 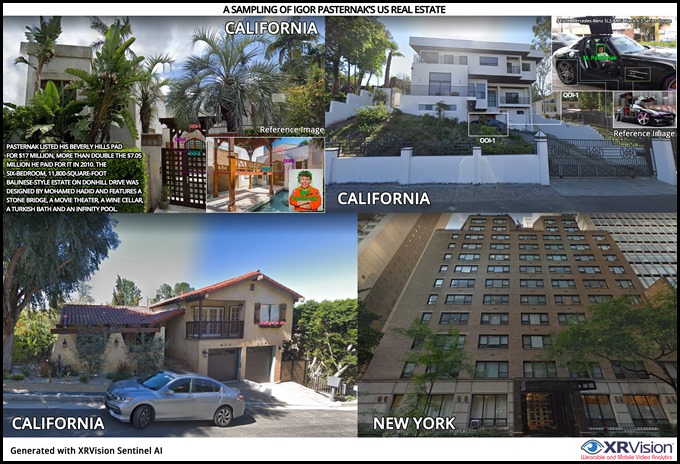 Image 9: A sampling of Igor Pasternak’s US real estate 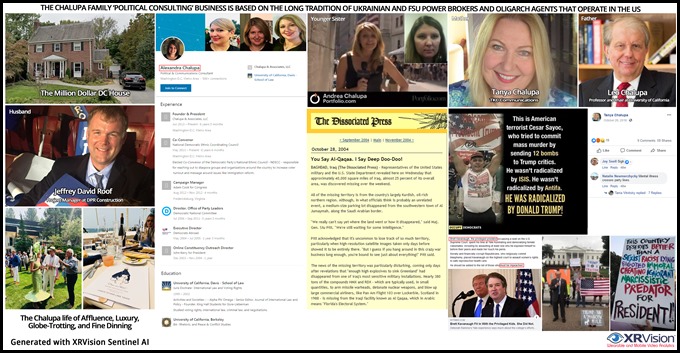 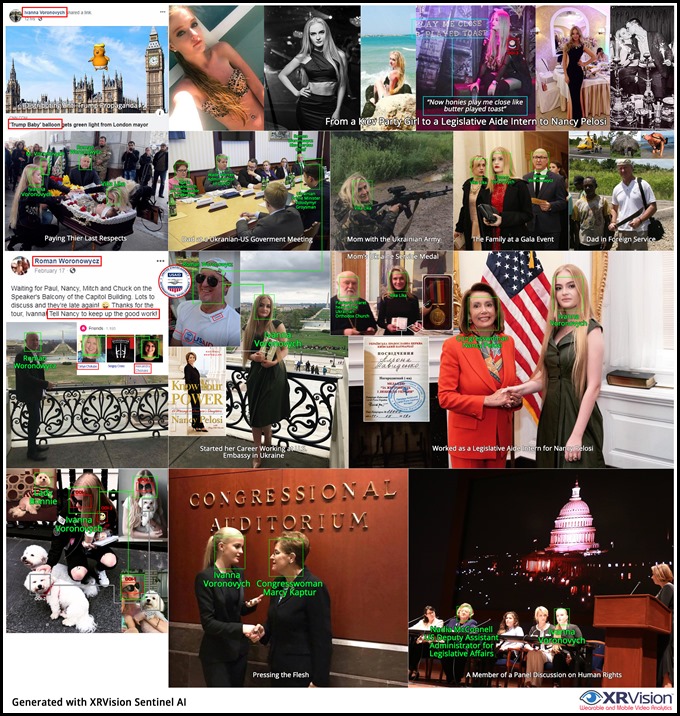 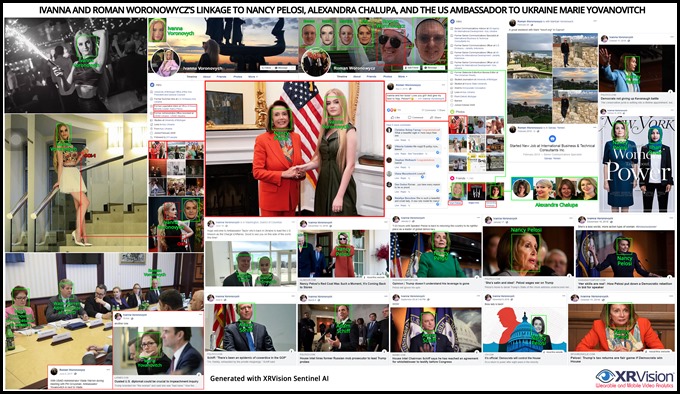 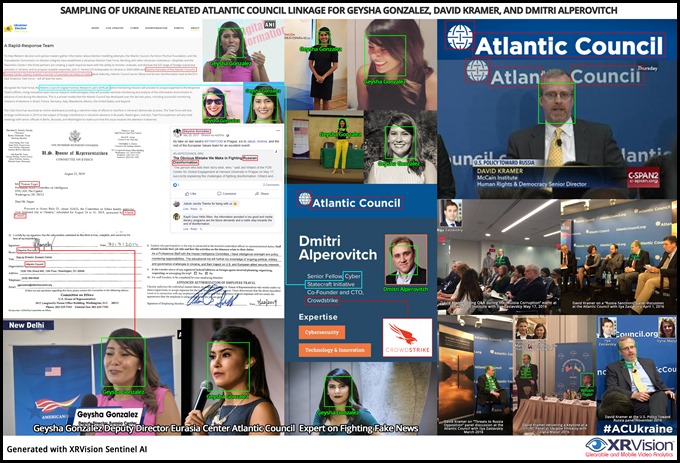 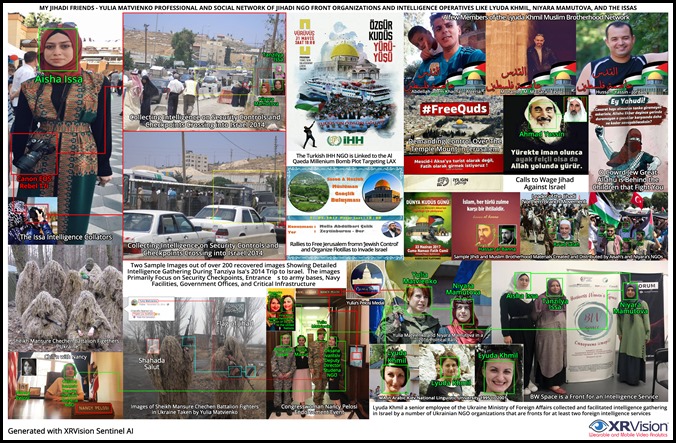 Image 14: The Pelosi Jihadi linkage. A profile of one Ukrainian jihadi NGO which is a front for the Turkish intelligence services

Image 15: The Gigapixel mosaic was one of the image sources used in the Pasternak face match searches. Source: CNN Trump Inauguration 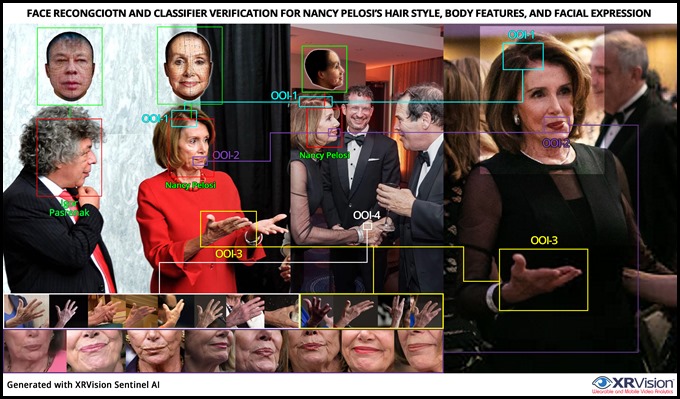 Quis Custodiet Ipsos Custodes – Who will Fact Check the Fact Checkers?
Shortly after uploading this post, I was contact by Saranac Spencer Hale, an an investigative reporter with Factcheck.org. Saranac asked me via email to verify that the images in the post were authentic. She also inquired about the face recognition and AI based analytics and wanted to know how the technology worked.  I provided her with the details and even demonstrated the Sentinel AI capabilities by running it against one node of her social network (using her email address as the entry point).

After providing her this information, she never responded to my emails or gave me an opportunity to comment about what she was going to publish. Several days ago, she posted a misleading report that falsely claims that I’ve misidentified Randy Credico as Igor Pasternak (the man Nancy Pelosi is shanking hands with in the middle of Image 16).

Credico wasn’t event tagged or identified in the composite because he was irrelevant to the linkage. The reason why this image was used is because it contained several of Pelosi’s features that the AI classifier used to verify her identity. These included her face recognition, hair parting style, body features such as hand geometry, the age spots (on her right hand), and the ‘tight lips’ facial expression.

It is clear from the content of Saranac Spencer Hale’s misleading post and its deliberate mischaracterization of the facts that it was a contract hit job designed to attack the Ukrainian linkage between Igor Pasternak, Adam Schiff, and Nancy Pelosi, and to down play Pasternak’s role. It is also noteworthy that Snoops.com came up with an identical article shortly afterwards and recycled all of the arguments made by Factcheck.org. This suggests a close collaboration between these two platform and is a good illustration of the MO of internet facts checkers who in reality are little more than progressive political damage control tools and information warfare units that whitewash inconvenient facts.

For the sake of transparency and to allow others who may want to get a first hand view into how the Internet fact checking industry works, I am posting the email thread with Saranac Spencer Hale below:

“Apelbaum told us through email that his company used facial recognition technology to identify Pasternak — although incorrectly in Credico’s case.”

Your statement of me misidentifying Credico as Pasternack is both dishonest and deceitful. I have never claimed to identify Randy Credico as Igor Pasternack or labeled him as an arms dealer.  None of my images show Credico with Pasternack’s name. 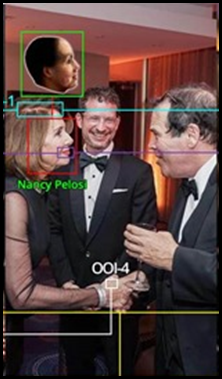 The image that you are referencing as being a misidentification was used to confirm the identity of Nancy Pelosi.  The relevance of the image with Credico is that it contained the following Pelosi reference objects:

These and other features were then used to confirm Pelosi’s identity in the image with Mr. Pasternak.

I was transparent with you about how our technology works and even went the extra mile to demonstrate the process on a person in your network. I expected that you would have had the decency and give me the courtesy to respond to your false claim before you published your article.

But I guess, that is not how professional fact checkers with an agenda operate. 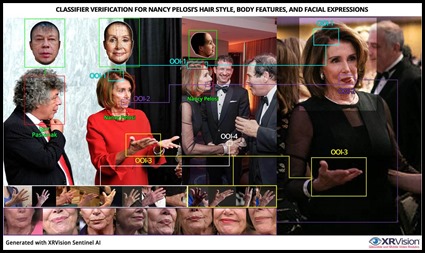 I wanted to follow-up on my last email. Will you be publishing the confirmation of the FR search you inquired about?

Also, find attached a sample run of the Sentinel AI against one person you know. The search used FR, object classifier, and GIS engine, and text analytics.  We constrained the parameters to a 60 seconds search, a single relationship node, and the detection of deepfake content. We also striped the search linkage and removed adult content, drugs, and firearm related matches found.

Let me know if you have any questions. 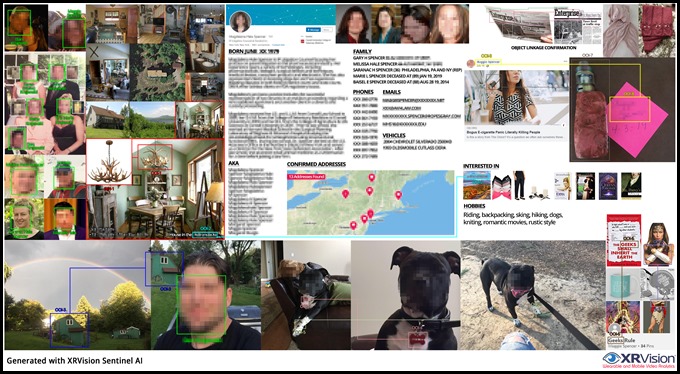 The high level overview of the FR process is:

I hope this helps,

Great – could you tell me how this technology works?  Do you use standard news video footage?  Also, were you able to confirm the identity of Igor Pasternak in the photo where he is shaking Nancy Pelosi’s hand?

Thanks for reaching out.  Yes, we did utilize our Sentinel AI face recognition and video analytics platform on the Gigapixel mosaic and confirmed the identify of Igor Pasternak.

I’m a reporter at FactCheck.org, a U.S. fact checking organization.  A recent claim has been circulating online based, in part, on graphics with your logo on them.  Here’s a link to the story that began circulating the claim and the graphics: https://www.thegatewaypundit.com/2019/09/breaking-update-speaker-pelosi-and-adam-schiff-connected-to-prominent-ukrainian-arms-dealer-photos/

I’m wondering if your company did, in fact, use facial recognition technology to identify the people indicated in the graphics. I’m particularly interested in whether or not you contributed to the image that’s attached.