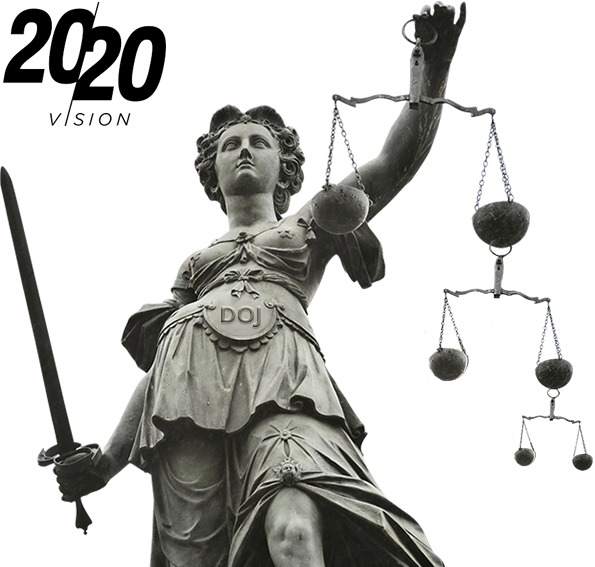 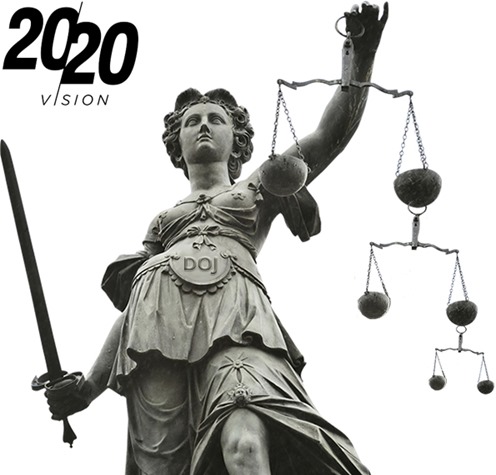 The Triple Scales of Justice
Balanced scales and unsheathed sword
You shall judge fairly regardless of might,
Unbiasedly apply the law before the Lord
Justice must be blind to privilege or right.

Young lady justice used to wear a blindfold
Her impartiality was more precious than gold,
But the virtues maiden has been getting old
Now to the highest bidder her integrity is sold.

A democratic donor like little Nero of Rome
Has a predilection for poor young black men,
Claimed Ignorance about them dying at his home
The DA passed the buck because he’s a big fan.

The Hollywood producer who directs politicians
Who Meryl Strip believes is like god in the flesh,
Can force women to have sex before auditions
No worry, Woody Allan will whitewash his trash.

The Kennedy aristocracy will never know fear
In a bind invoke Camelot, JFK & Jackie dear,
It’s only rape and murder, why shed a tear?
At most a rebuke and they are in the clear.

Comey, Brannon, McCabe, Strzok, and Page
An ensemble of goodness-wholeness sublime,
So what if the deleted texts show treasonous rage
Since when is lying to FISA and leaking a crime?

Congressman “Carlos-Danger” of New York
Abedin and the Hillary made him so woke,
His pedophile messages vanished like smoke
Twenty months in a halfway house wasn’t a joke.

Jesse Jackson is a powerful shaman king
His Rainbow non-profit is a civil rights thing,
Jr. embezzled $750K on Rolex, fur, and bling
He/wife did half-time in the recreational wing,

Philanthropist Epstein, money guide to the stars
Was enhancing our DNA with baby-making farms,
Kept a sex harem island with free stays and cigars
skirted the law with a black book, tapes, and dinars.

A good school separates the average from best
But to get in you have to pass a pesky SAT test,
Bribe everyone so your kid’s admission is blessed
Your sentence is a fine and a jail time suppressed.

The moral of these verses my dear friend
Is that the judiciary its corruption must end,
If the DOJ can’t clean up house and justice defend
Let UCMJ and martial law their civil rights suspend.

Notes:
[1] The Jussie Smollett case provides a good illustration of how the multi-tiered justice system works. On January 29, 2019, the actor told Chicago police that he was attacked in the early hours of the night by two men wearing ski masks and a MAGA hat. He claimed that they beat him up, used racial and homophobic slurs against him, placed a rope noose around his neck, and poured bleach on him. A week into the investigation, the police determined that Smollett had paid two Nigerian brothers to stage the fake hate crime and assault him. The police charged him with 16 felony counts including filing false police reports, but the Chicago DA under influence from Michelle Obama (who knew Smollett) dropped all charges.

Smollett held a number of conversations with congressman Cory Booker and congresswoman Kamala Harris about supporting their sponsored Justice for Victims of Lynching Act and providing the needed public momentum for the bill to pass the senate and house votes. The timeline of these conversations (December 21-January 18, 2019) suggests that the death threat letter with the white powder he had sent himself (January 22-23) and his staged attack (January 29) were timed to create an opinion groundswell to support the bill and prop the political and professional careers of the three masterminds. It is noteworthy that both Harris and Booker released separate statements condemning Smollet’s attack using identical language:

When Booker released his statement at 12:09 PM and Harris released hers at 1:30 PM, they could not have possibly known what the motive for the attack was because the police was only a few hours into the investigation.

The first tip that the Chicago police received regarding the true nature of the case came from within Smollett’s inner circle. One of his friends realized that he was now being investigated as a suspect and decided that he didn’t want to be an accessary to a crime. He then contacted the police and told them that “the entire event was orchestrated by Smollett.” This is another indicator that multiple participants knew about the staged attack.

Smollett spoke with the Osundairo brothers an hour before the attack on January 29 and conducted a final dress reversal with them. He then contacted them again after the attack and encouraged them to get to the airport “on time”. On the evening of January 29, 2019 (about 18 hours after the attack), the brothers arrived to terminal 5 at O’Hare airport and boarded Turkish Airlines flight to Istanbul. The following day, on January 30, 2019, Smollett called them while they were in Istanbul waiting for their connecting flight to Nigeria and talked to them about the need to “follow the plan”. He contacted them again after their arrival to Nigeria to discuss some complications (he became a suspect) and the need to switch to “plan B”. This further indicates that the whole event was worked out in advance including elements like deniability and alibis. ‘Plan B’ incidentally, covered the scenarios of the brothers getting questioned by the police and included contingencies such as:

When the Chicago police finally executed a search warrant on the Osundairo brother’s apartment they found a GunVault safe that contained the following items: 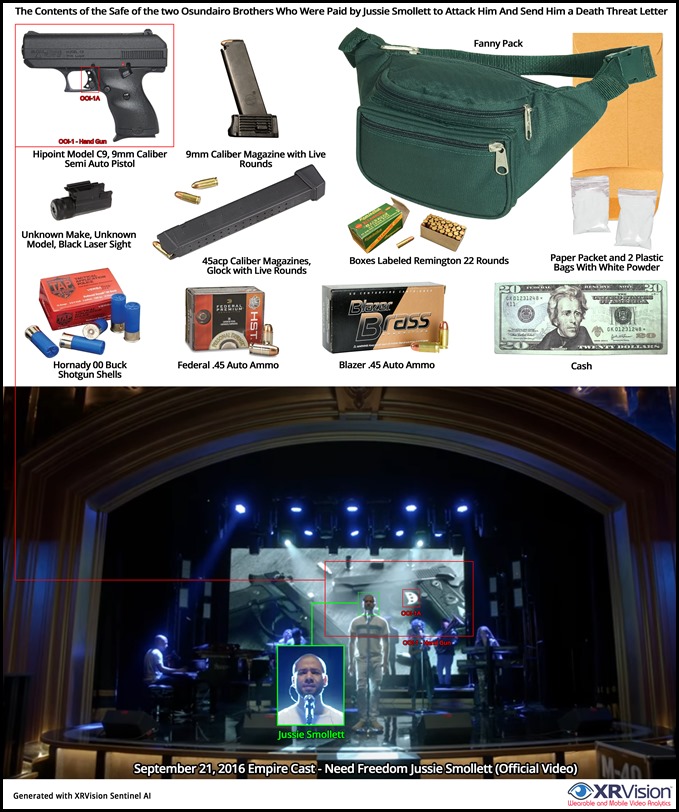 Smollett’s and his high society circle of friends’ affinity for crime and their ability to get away with something as outrageous as this affair raises questions about the size and reach of their ‘fixer network’. Smollett, who is one of the great progressive moral champions of the anti-gun lobby, hired, befriended, professionally supported, and according to his attorney had sex with one of the Osundairo brothers, all while knowing full well who they were–without any fear of prosecution.

Possession of a hand gun in Chicago without a license is illegal and could result in a felony or a class A misdemeanor punishable by 1-3 years in prison. Considering that the two Nigerian brothers engaged in various criminal and scam activities like distributing body building steroids, mailing death threats, lynching for hire, lying to the police, and keeping an illegal cache of weapons at home, how is it that the Chicago PD/DA just let them go? What kind of an incantation did they possibly invoke to deploy this kind of protective magic?

Beyond the obvious question of how Smollett managed to shake-off 16 felony charges without breaking a sweat is also the issue of Cory Booker’s and Kamala Harris’s involvement in the planning and orchestration of Smollett’s publicity stunt. All material evidence suggests that parts of the event were influenced by Booker and Harris.

Some other puzzling questions about this case are who—beside Tina Tchen, Kim Foxx, Michelle Obama, and Jesse Jackson Sr/Jr. (another big-time felon)—was in on the decision that Smollett’s punishment should be limited to forfeiting his $10K bail and volunteering with Jackson’s Rainbow PUSH Coalition for 16 hours? And who worked out, coordinated, and blessed the details of this settlement? 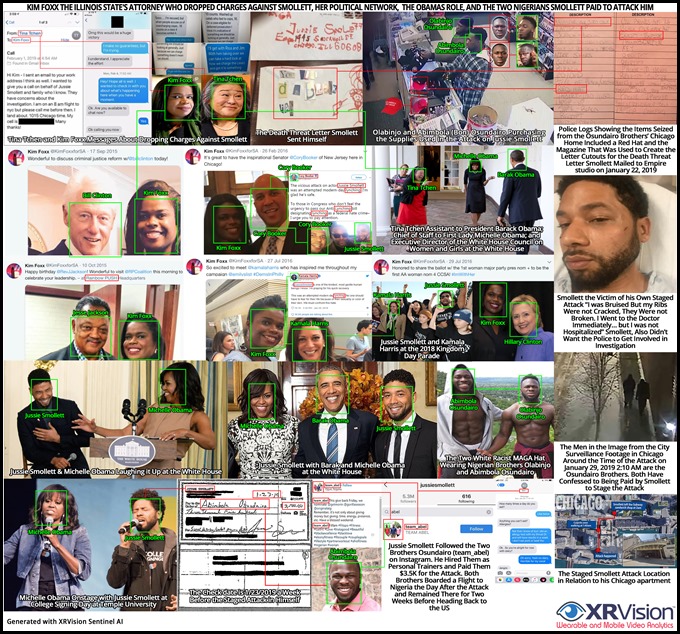 Image 4: Who’s Who of the ‘Justice League’ – Jussie Smollet’s political influence network and the details of his case

Image 5: Jussie Smollet in a get down and boogie with Michelle Obama

Need Freedom by Jussie Smollet
Too many guns on the streets
In my heart, I can’t take it no, oh
…
Tell me how this happened
Where did we go wrong?
Say we stay together if we choose to walk alone
Blood covers our streets
Hatred fills our home
Gotta get this message out before we’re dead and gone
…
Need freedom
Our world is cryin’, no more silence, with guns and violence
Need freedom
I can’t…

Image 6: Classification of the hand guns used in the Smollett “Need Freedom” video

22 thoughts on “Our Multi-Tiered Justice System”