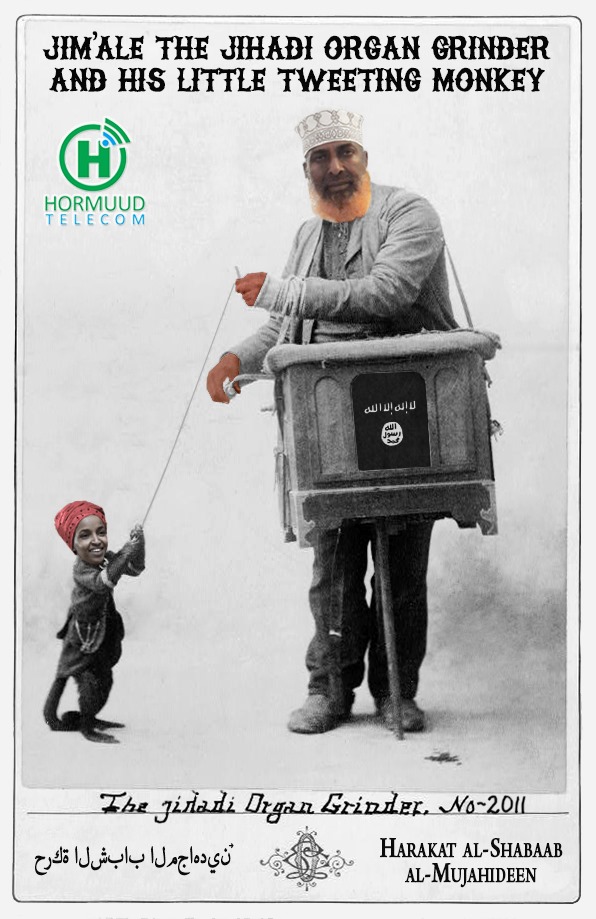 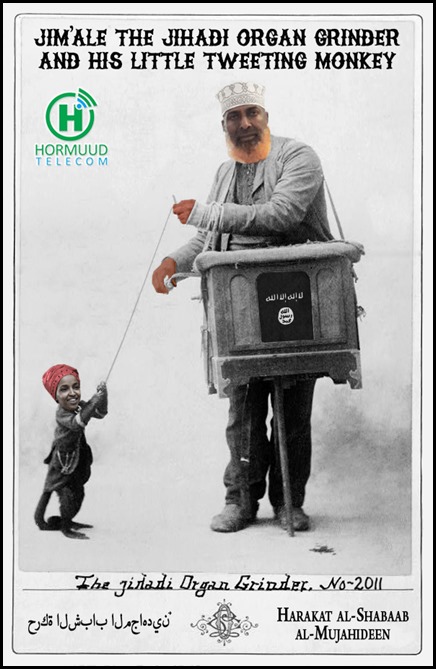 “Somali government and peacekeeping forces, need to protect @Hormuud and the Somali telecom industry as they make enormous contribution to the economy and provide vital services. During my visit to Somalia in 2011, I was surprised by the quick evolution of the technology in Somalia.” 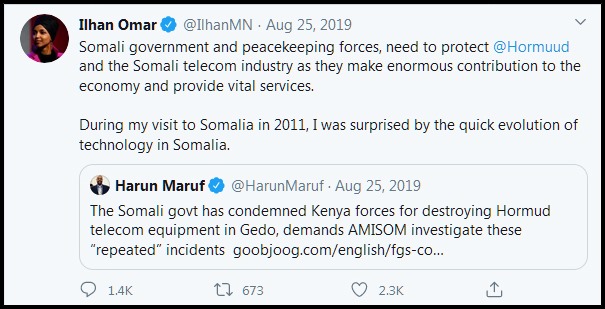 What Ilhan Omar omitted in her tweet was the actual reasons why she promoted Hormuud, the identity of the people that facilitated her 2011 and subsequent trips to Somalia, and their agendas. Considering the fact that Omar (known back in Somalia as Elmi) has protected status and carries a non-expiring ‘Do not investigate me with extreme prejudice’ certificate, I decided to shed some light on the main subject of her tweet: the mysterious Somali Telecom Hormuud and its founder, Ahmed Nur Ali Jim’ale—a  cuddly, lovable man with a henna dyed beard and a ceaseless passion for violent jihad.

Who is Ahmed Nur Ali Jim’ale
Ahmed Nur Ali Jim’ale AKA ‘Jim’ale’ is one of the wealthiest Somali businessmen and is the founder of the Al Barakat group of companies. He is also the owner of Hormuud Telecom. Beside his business interests, Jim’ale also happens to be the leading financier of the al-Shabaab, a Somali Salafi jihadi terrorist organization which since 2006 has been responsible for dozens of car and suicide bombings, kidnappings, assassinations, and targeted killing of thousands of innocent Somalis.

In the mid-2000s, Jim’ale gained enough notoriety to get added to US and UN travel bans, assets freeze databases, and targeted arms embargo lists imposed by paragraphs 1, 3, and 7 of Resolution 1844. 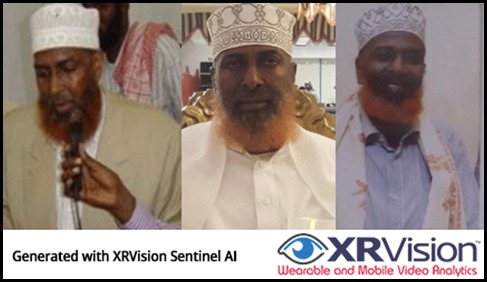 Jim’ale is not some small-time Kalashnikov wielding terrorist. He is a well known and respected jihadi leader and in this capacity he served in several executive roles within the Somali Council of Islamic Courts, AKA the ‘Somali Islamic Courts Union’. This was the most radical Somali jihadi Islamist political element, the same one which eventually formed the military group known as al-Shabaab (The Youth). Al-Shabab’s ideology is based on hardcore Salafism and Wahhabism and aggressively promotes the concepts of takfir, the excommunication and killing of apostates or unbelievers. The groups political objective is to create an Islamic state in the Horn of Africa that would include not only Somalia but also Djibouti, Kenya, and Ethiopia.

In 2010, Al-Shabaab was targeted in sanctions by the United Nations Security Council Committee established pursuant to resolutions 751 (1992) and 1907 concerning Somalia and Eritrea (the “Somalia/Eritrea Sanctions Committee”). According to the July 18, 2011 report (S/2011/433 Item # 71), Jim’ale was identified as:

“…Al-Shabaab not only attracts their business by imposing lower rates of taxation in Kismaayo than at ports controlled by the Transitional Federal Government but also actively promotes large scale imports of sugar and exports of charcoal by offering preferential access and tax breaks to Al-Shabaab affiliated businesses. Two of the most prominent figures in the network are businessmen with historical linkages to militant Islamist groups in Somalia: Abukar Omar Adaani and Ahmed Nur Jim’aale.”

Jim’ale was also marked as being related to the Somali warlord Mohamed Farrah Aidid, another Ilhan Omar idol, who triggered the Battle of Mogadishu:

“Mohamad Warsame is from the same sub-clan as General Mohamed Farrah Aidid, and was once known as being General Aidid’s representative in Bakaara market. Through his presence in Bakaara, he has developed a working relationship with Mr. Jim’ale.”

Jim’ale’s support for Somali Islamic fundamentalist terror goes far beyond a business venture; he is openly aligned with the al-Shabaab and other jihadi Salafi strategy and ideology. In the past, he provided major funding and political support for Hassan Dahir Aweys, who was listed by the Somalia/Eritrea Sanctions Committee. Former al-Shabaab Deputy Emir Muktar Robow also collaborated closely with Aweys and Jim’ale in consolidating their leadership role during the early 2010s in al-Shabaab’s political and ideological leadership struggle. 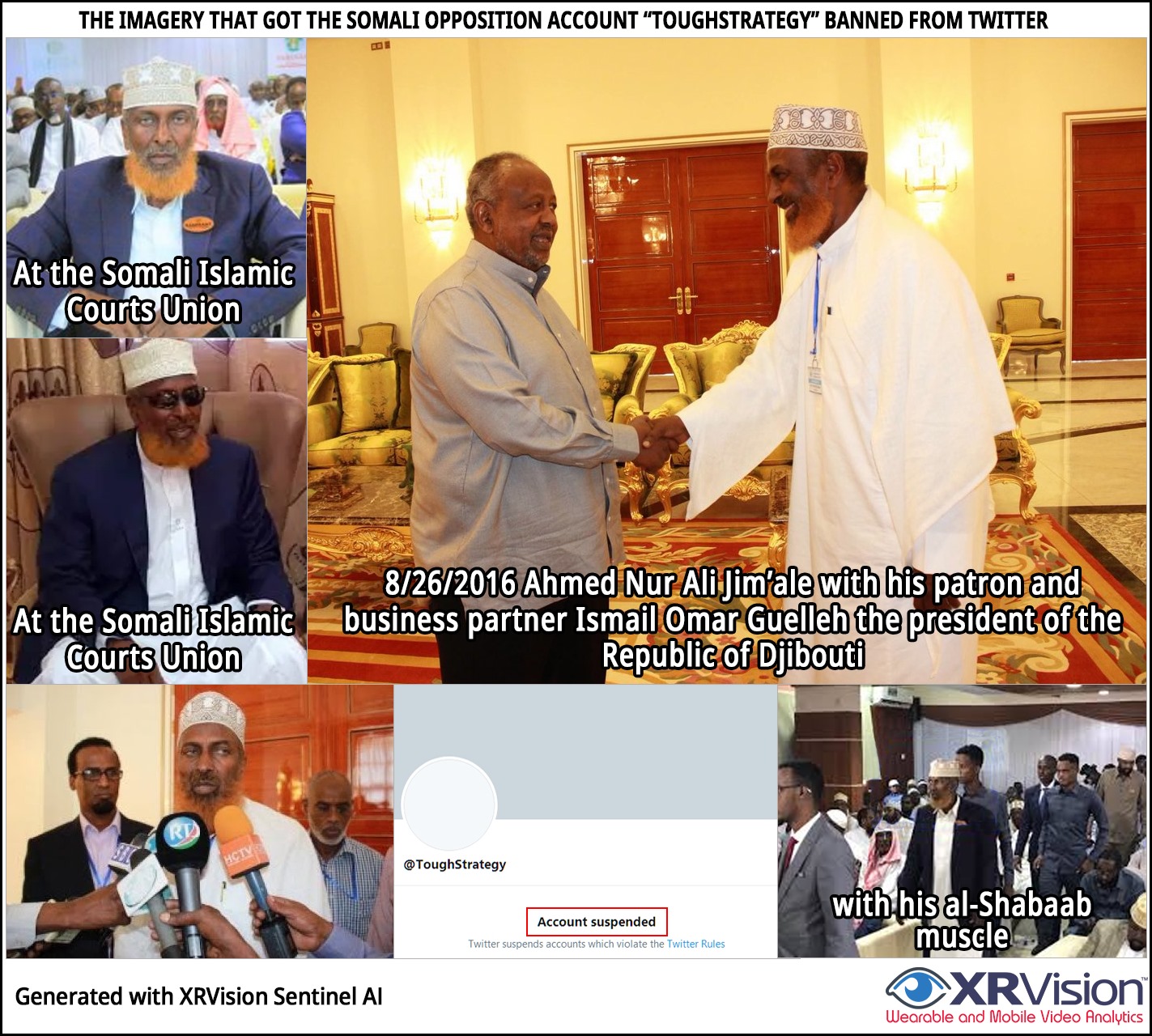 Image 3: Sample imagery published by the Somali opposition account “ToughStrategy” about the untouchable Jim’ale, which got him banned from Twitter

In 2007, Jim’ale established a front company in Djibouti for jihadi financing and logistics called the Investors Group (in 2012, it made it onto the UN terror watch list). One of the goals of the group was to destabilize Somaliland through the funding of extremist activities and weapons purchases (an objective which Ilhan Omar supports). The group provided the funding and logistics in smuggling small arms of Qatari and Turkish origin from Eritrea through Djibouti into the 5th region of Ethiopia, where the Salafi jihadi groups received the shipments. 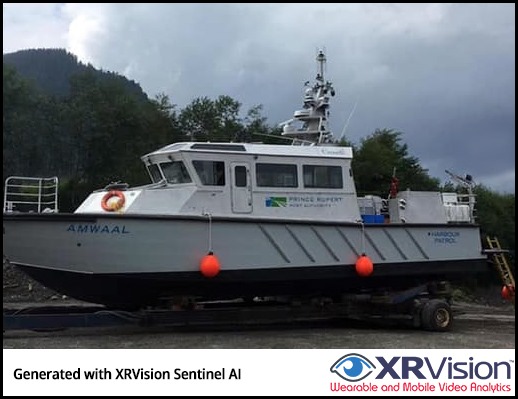 In 2009, Jim’ale managed one of the largest Hawala funds in Somalia where he collected zakat (alms for the poor). The majority of the proceedings from this fund were routed to al-Shabaab. In the same year Jim’ale also worked with other like-minded individuals to undermine the Somali Transitional Federal Government (TFG) by not participating in Somali reconciliation efforts.

The 2009 United Nations Security Council’s Report of the Secretary-General on the situation in Somalia identifies Jim’ale as one al-Shabaab’s chief financiers (pages 10-11). It also directly linked his company Hormuud to al-Shabaab.

In 2010, Jim’ale established several mobile-to-mobile money transfer businesses such as ZAAD and offered them to al-Shabaab to make international money transfers more difficult to trace by eliminating the need to show any form of identification at the point of transaction.

Image 5: Somali Telecom, money exchanges, and mobile payment platforms owned and controlled by Ahmed Nur Ali Jim’ale are one of the major sources of funding for al-Shabaab

By 2011, Jim’ale was actively supporting al-Shabaab by offering them free cellphone communications, use of company vehicles, food, aid, and political advice. He also organized fundraisers for al-Shabaab through various Somali business groups. This fundraising activity included anonymous Turkish and Qatari donations to Jim’ale’s ‘charitable ventures’ which in turn used Djibouti based financial intermediaries to send that money to al-Shabaab.

Jim’ale is by no means a silent business partner in Hormuud Telecom, rather he is in full control of the company and its donations to al-Shabaab affiliates. These include large lump sum payments in the hundreds of thousands of dollars. In addition to the logistics support, Jim’ale through Hormuud has also provided al-Shabaab with privately paid foreign fighters from countries like Pakistan and Afghanistan. Spokespersons for moderate Somali groups have also warned the Somali people not to use Hormuud Telecom because Hormuud personnel listen-in on all conversations and share the intelligence with al-Shabaab.

In 2016, in part due to a large amount of progressive political lobbying and lubricating a lot of palms with tons of ‘grease’, President Obama’s state department and the US treasury removed Jim’ale from their registries and the Office of Foreign Assets Control (OFAC) list. 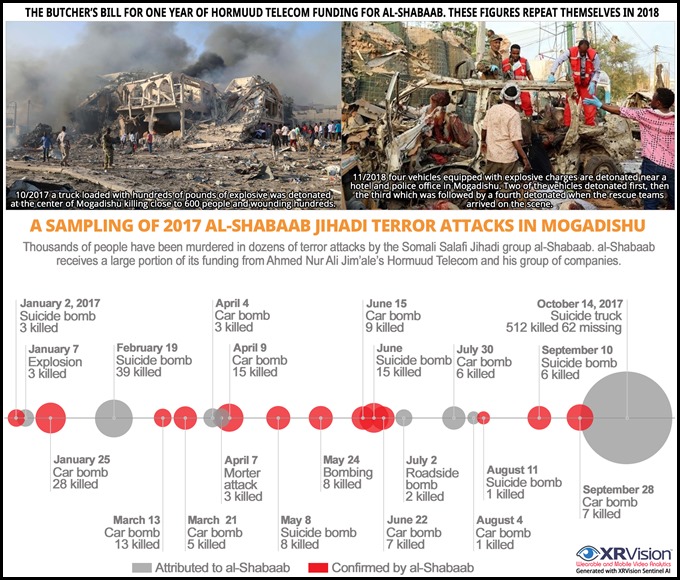 Image 6: The butcher’s bill for one year of Hormuud Telecom funding for al-Shabaab. Some of these massive death figures repeat themselves in 2018

So, there you have it. Ilhan Omar, a sitting Minnesota congresswoman, is openly promoting the interests of Hormuud, a known front and funding source of al-Shabaab, a jihadi terrorist organization with the blood of thousands of innocent Somalis on its hands. Considering just how outrageous all of this is, you’ve got to give Omar credit where credit is due: in one year, she managed to acquire the best political and media kevlar vest money can buy and is now dodging adultery, campaign finance, and FARA charges without even blinking. 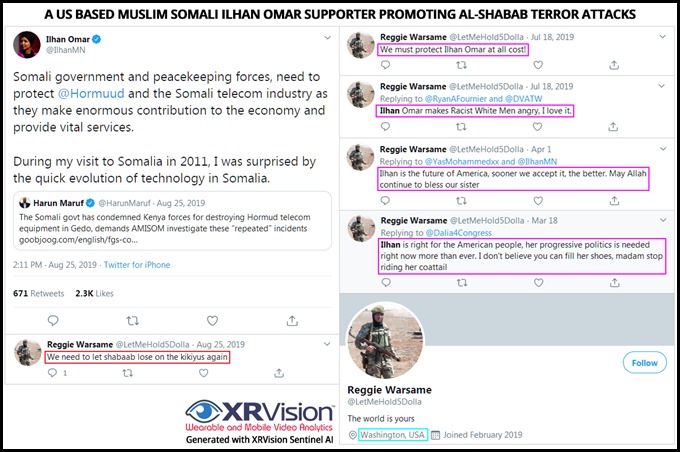 So what do we learn from this third world tale of grift, corruption, and jihadi terror? Perhaps it is that in the post-modern world, we (and our federal three letter agencies) shouldn’t be judgmental about fluid and passé concepts like life, terrorism, treason, and murder. Considering this epiphany, it may not be a bad idea for US treasury and the constituents of Minnesota’s 5th congressional district to chip in and indeed help “protect” the Somali Hormuud Telecom. Because if they don’t, al-Shabaab may run into financial difficulties and have to cut back on their suicide car bomb program for 2020. And who wants that?

*** Update 08/16/2020
Another day another Al-Shabaab terror attack. Today, the Elite Hotel in Lido Beach in Mogadishu was targeted by a car bomb. After the initial blast, a group of gunmen opened fire at the wounded guests that were fleeing the explosion. 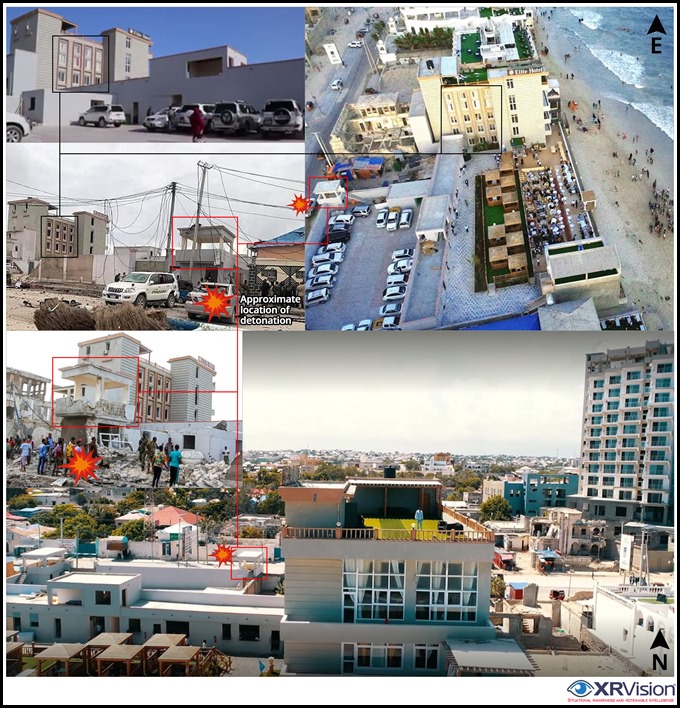 Image 9: An Al-Shabaab car bomb attack on the Elite Hotel at Lido beach