On May 1, the New Hampshire state Rep. Richard Komi (D) tweeted the following: 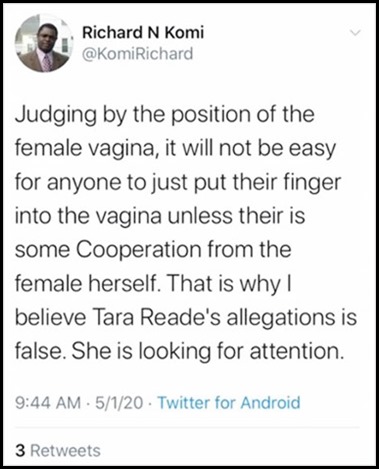 The purpose of Komi’s tweet was to dismiss Tara Reade’s sexual assault allegation against Joe Biden. From the social media trending, It looks like a lot of people/media are misinterpreting what Komi actually meant. They think that this was just an ignorant chauvinist comment. But it isn’t’, it was more likely a well crafted and executed Biden PR move.

If you analyze the tweet, what Komi is insinuating is that due to the female anatomy, Biden couldn’t perform this act by force, unless, that is, Reade allowed him to do it. So, in essence, Biden is not denying that this took place, but is arguing through Komi that it wasn’t an assault but a consensual act.

As for why would the Biden chose Komi, an unknown state representative from New Hampshire as the messenger? The Biden team likely believed that because Komi is a black Nigerian refugee, he belonged to a protected class and thus was untouchable. Any attempt to attack his statement or his credibility would be interpreted as racist and xenophobic. At the worst case scenario, he could also invoke the ‘cultural’ ignorance argument.

This whole Komi affair seems like a staged act of misdirection from the the allegation against Joe Biden. It looks like Komi’s role in this act was to absorb some of the kinetic energy from the Reade explosion and shield Biden from further damage. 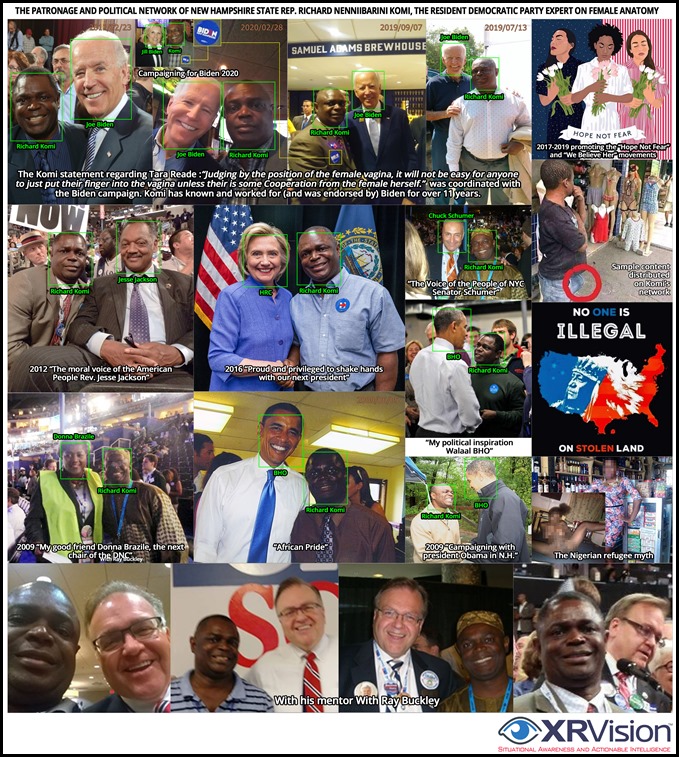 Even though Komi is somewhat of a sacrificial anode, I don’t think that he was originally planning to fall on his sword for Biden, but only time will tell.

7 thoughts on “It wasn’t Sexual Assault”