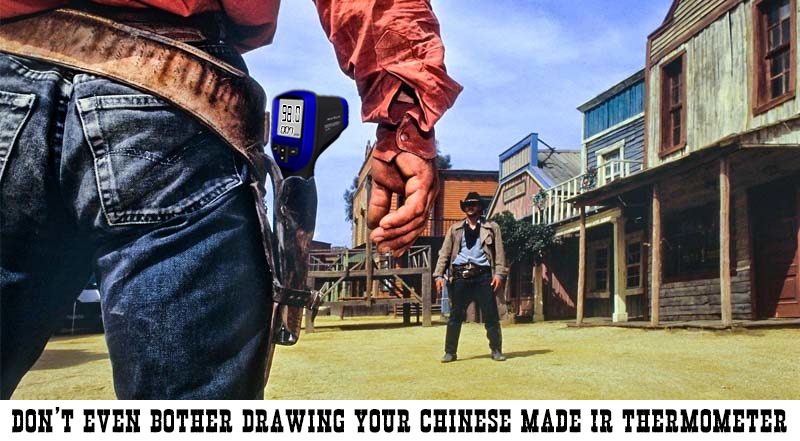 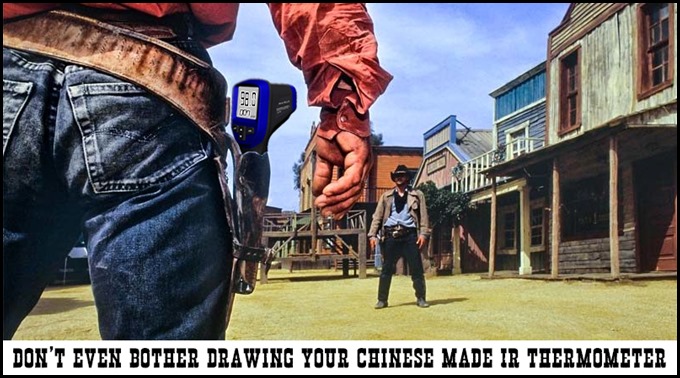 A family member in the medical field recently voiced frustration about the low quality of some non-contact infrared thermometers they received. It seem that the entire batch yields consistently lower temperatures when compared to oral thermometers.

I thought that this was strange. Typically, instruments for medical use are certified for accuracy prior to shipment. Considering that these devices come with a certificate of calibration, I reasoned that they shouldn’t produce such discrepancies. Early detection of the onset of high fever is a key factor in Covid-19 patient care. The ability to accurately track body temperature is also critical in determining if a patient is contagious and would trigger decisions regarding treatment, quarantine, and use of PPE gear.

Just like in the case of a faulty car speedometer that displays lower speeds and results in speeding tickets, the usage of faulty thermometers that consistently show lower temperatures can have a detrimental effect on patients and medical staff. Considering that we are in the midst of a severe flu outbreak, I decided to take a closer look. IR thermometers are relatively simple devices that can be easily disassembled and tested, so, I spent a few hours this weekend in the lab digging into the Chinese IR thermometer mystery.

Possible Reasons for Inaccurate IR Thermometer Readings
I do considerable amount of work in the the lab and have at times ran into equipment gremlins. In most cases, there is a simple non-mystical explanation for why test equipment fails. In the case of an IR thermometer this can include:

Test Specimens
For the test samples I’ve selected the top of the line IR thermometers, all in the $60-$140 price range. There are many cheaper units on the market, but, I deliberately went with the higher-end devices because they claim to have been calibrated and certified, to be “Built for Accuracy”, and be “CE FCC RoHS FDA” approved.

Image 1: The IR thermometers used in the evaluation

To keep the test conclusive, I avoided complex correlations of skin to core body temperate or evaluating the thermometer accuracy across a wide range of surfaces and temperate ranges. All of my testing was done in a controlled environment with respect to humidity and temperature and followed an identical sequence of repeatable steps. 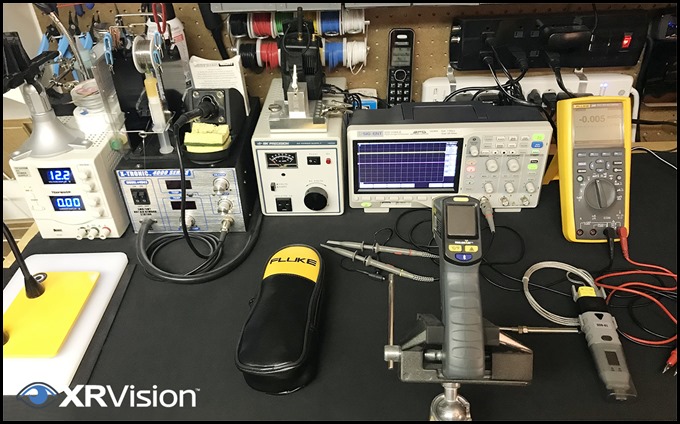 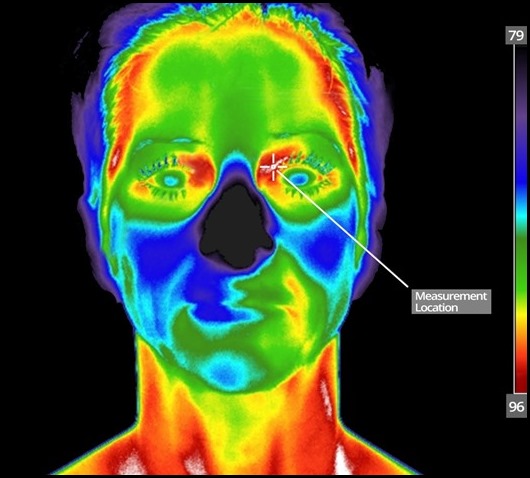 Test Results
All of the Chinese made thermometers exhibited a wide range of results. They were inconsistent, fluctuating by as much as 5 degrees between consecutive measurements and frequently erred on the colder side. The Fluke 62 Max IR thermometer performed in a consistent predictable manner and passed the ‘Ice Water’ and ‘Infrared Comparator Cup’ tests within stated tolerances. All four Chinese made IR thermometers failed to pass both of these tests.

Of note is the high-low temperature variation pattern of the Chinese made thermometers. The test population indicates that all four devices were at times able to detect skin temperate of about 96F, but its unclear whey they didn’t do so in a consistent manner.

Running 100 consecutive tests on one of the Chines made thermometers (the QJ-CWQ20) shows a distinctive cyclic pattern resembling the output exhibited by some sort of a pseudorandom number generator logic. This could be some sort of a leveling function, but it could also be an attempt by the firmware writer to compensate for poor sensor performance or an evasion mechanism–The IR thermometer equivalent of VW’s dieselgate.

Chart 2: The results of 100 consecutive skin temperature readouts from the QJ-CWQ20 IR thermometer.

Testing the performance of the thermopile detector (the IR sensor) on all devices shows that they functioned properly and returned readings consistent with the Fluke 62 Max sensor.

Based on the consistent thermopile readouts on all devices and the occurrence of the temperature anomalies in only the Chinese thermometers, it’s unlikely that the cyclic pattern of low and high temperature readouts is attributable to individual components and/or circuit design issues.

The four thermometers are made by different vendors, each has different components and board layouts; suggesting that this is some sort of a shared problem. And, if this is the case, then the shared source must be faulty logic or firmware. Either way, this is a critical issue because it renders all of them are unreliable.

Poor Overall Quality and Hostile Intent
Two additional data points that relate to the of faulty Chinese medical equipment theory are the large amount of ‘defective’ Covid-19 test kits and sub standard PPE gear sold in the west. In this context, we can also consider the possibility that these defective devices were shipped knowingly. This is suggested from one discussion on the Chinese DingTalk platform (an Alibaba company) where the topic of conversation was deliberately lowering the IR thermometer threshold for units sold in the US. In this 178 member group chat, Zhang Xuandong, the owner of Haofeng Electronic Technology Co—an IR thermometer producer in Dongguan, Guangdong Province in China—openly talked about waging war against the US. Zhang wrote:

” [Let’s] produce some faulty products and sell them to the US. They (the thermometers) should read 36.5 ºC when the actual temperature is 39 ºC. In this way, more and more American people will be infected. Let’s see if they still have people left to go to other countries to harm others!”

After one member responds with three laughing emojis, Zhang continues:

“Isn’t that a great idea? Without using one single soldier, we can make money, as well as make peace around the world.”

Another member then responds:

“No, we don’t want to make any money from the Americans. Let them help and rely on themselves.” 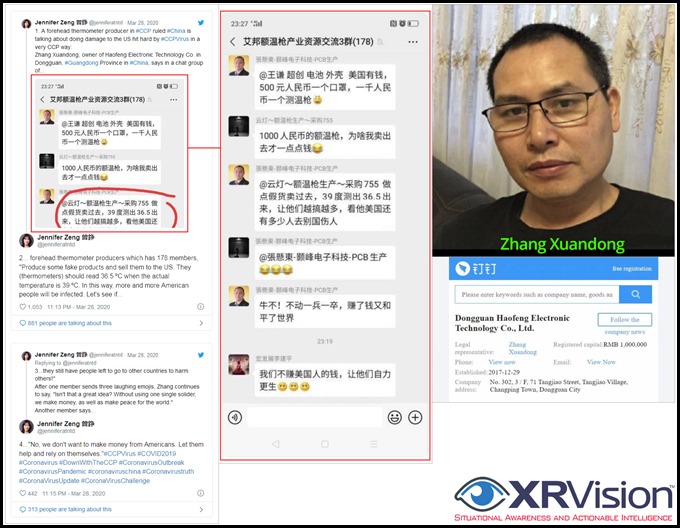 Image 5: The DingTalk conversation about deliberately lowering the IR thermometer threshold for units sold in the US and Zhang Xuandong, the owner of Haofeng Electronic Technology Co.

Conclusion
Regardless of the root cause of the thermometer poor performance, the fact remains that all of the tested Chinese units were faulty. So, if you need to make critical decisions about patient care, go with a quality device like the Fluke 62 Max. With the Fluke, you will get US based support, a quality warranty, and piece of mind that your thermometer will work in a consistent and predictable manner. Regardless of make and model, unless you certify the gear independently, stay away from Chinese IR thermometers. The same advice also applies to other Chinese medical testing equipment. 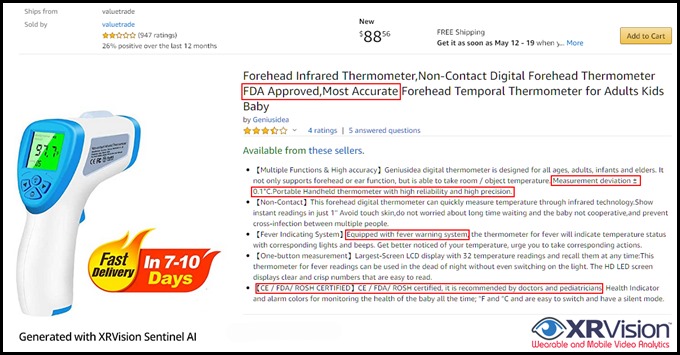 Image 6: Typical claims made by a Chinese IR thermometer manufacturer selling on Amazon regarding precision, FDA approval, and accuracy 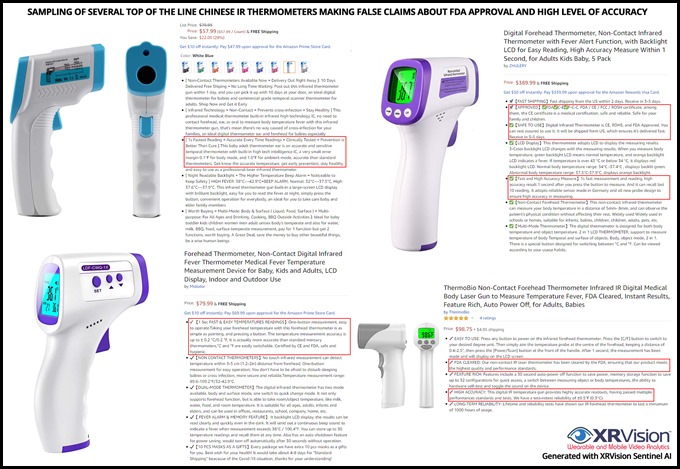 Image 7: False claims made by Chinese IR thermometer manufacturers sold on Amazon regarding performance and clinical testing and certification 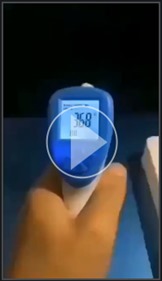 A Note About Core Body vs. Surface Temperature
Anyone who has experimented with baking a thanksgiving turkey knows that a thermometer inserted into the center of a turkey will yield a different temperature than taking a surface measurement with an IR thermometer. Similarly, pointing an IR thermometer at human skin will not yield a reading of 98.6°F but rather something closer to 93°F or 96°F. This reading can depend on many factors such as skin reflectivity, moisture, hair, etc. (a reading of approximately 98.6°F is considered ‘core’ body temperature and must be measured in a body orifice.)

Temperature Baseline Verification Procedures
As part of benchmarking the IR thermometers, I’ve used the following two test procedures to establish the baseline for each device:

Ice Water Test
The purpose of this test is to determine if the IR thermometer can accurately read the water/ice temperature of approximately 32.0°F. To perform this test, I followed these steps:

Infrared Comparator Cup
The purpose of this test was to compare the accuracy of an infrared thermometer to a calibrated immersion type thermometer at a temperature other than that of ice/water. The reading of the IR thermometer should match that of the reference thermometer within the stated specifications. To perform this test, I followed these steps:

14 thoughts on “Why Are the Chinese Made IR Thermometers So Cold?”