In the Anti-Virus Virus, I described how certain commercially produced malware propagates via specialty web sites that have been SOE’d to rank at the top of search engine results.

In this posting I will try to identify who is responsible for the malware authorship, its marketing and its distribution.

As a quick refresher: the malware, (a variety of bogus anti-virus applications), is downloaded when you click on a link in a page returned by a search engine.  The redirect to the malicious download only occurs when a user arrives at the site by way of the search engine. At the heart of this exploit are legitimate websites that have been compromised to provide a redirect to the rogue downloads.

This exploit is interesting because in order for it to work, it requires the user to visit the site indirectly.  If you navigate to the site via a bookmark or manually enter the address it will not result in a redirect. This clever aspect of the tactic reduces the chance that the site’s owner will suspect that there is something wrong with his site and thus delay its patching. Site administrators visiting their site directly will not see any evidence of the redirect. However, traffic coming from search engines, (which forms the majority of visits) will keep getting redirected to the malware download.

The underlining technique of such an attack is a modification of the .htaccess file (found on the Apache web server). In some cases this file is replaced completely. In others, it is just modified to include some new rules. The modified .htaccess files will contain settings similar to the following:

This basically means: redirect any users who arrive from Google, Yahoo, MSN to “malewaresite”. In some cases, common error pages are also redirected by the .htaccess file, like in the following:

The results of this re-route, is that unsuspecting users get sent to sites pushing malware.

The root cause in most of these cracks is poor user access controls which result in compromised file and folder permissions on shared hosting servers. This allows compromised accounts on the same physical server to overwrite the .htaccess files in otherwise unrelated sites.

Source and Authorship
I loaded Process Monitor and installed the copy of Antivitus2010 on a quarantined Microsoft Virtual PC running Microsoft XP Professional.  The installation created an entire registry hive that included several autoruns, browser search redirects, and a root kit.  I then fired-up TCPView and examined the application’s outgoing communication.  It didn’t take long before the malware opened a socket to a homing beacon and a list of staging and configuration servers, all of which were located in Russia (Moscow and Kiev).  The domains associated with the servers were registered by Bakasoftware.com which is currently hosted in Canada.

Interestingly, upon startup, the malware called the API GetKeyboardLayout checked for the presence of the following keyboard layouts:

If it found one, it terminated itself, further proof that the designers targeted English users.  The analysis of the binaries also confirmed that they were compiled and linked using Russian regional settings.

Marketing and Distribution
For software to be commercially viable, it must have effective marketing and distribution channels.  The bogus Antivirus is no exception.  It turns out that even a few US companies have been associated with the distribution of this software.  Several of them have been named as defendants in the Federal Trade Commission’s complaint. Some of these include Innovative Marketing, Inc., a US company registered in Belize and ByteHosting Internet Services, LLC of Ohio, in addition to other American distributers including James Reno, Sam Jain, Daniel Sundin, Marc D’Souza, and Kristy Ross.

We can gain a better glimpse into a typical malware distribution operation by examining the profile of Jain Shaileshkumar, a.k.a. Sam Jain. Mr. Jain is an internet entrepreneur and former CEO of the affiliate marketing network eFront. In 2005 he was ordered to pay $3.1 million to Symantec for selling counterfeit software and violating various IP laws. Jain operated several Internet-based companies including Discount Bob, Shifting Currents Financials, Inc., Innovative Marketing, Inc., Professional Management Consulting Inc., and Shopenter.com, LLC.In December 2008, Jain was listed as a defendant in the Federal Trade Commission’s case against so-called “Scareware” applications such as WinFixer. The case alleges that several companies scammed consumers into buying these applications through malware and banner ads.According to court records, as of February 11, 2009. Jain is officially listed as a fugitive from justice in the United States.Affiliate Program

The affiliate program is made up of a network of associates. Once a member the likes of Sam Jain is accepted into the program, he is given access to an enterprise control panel permitting them to distribute different flavors of malware as well as a number of techniques for infecting internet-connected computers. Affiliates can make between 58 to 90 percent commission on sales of the software. Such generous commissions can explain why these types of malware products are so popular among spammers. 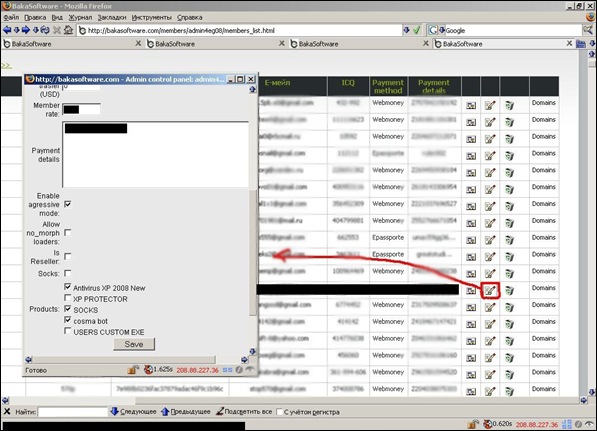 In a true testament of their feature richness, the affiliate members have access to sophisticated web based statistics dashboard. In it, the franchise owner can view KPIs that include: numbers of daily installs, number purchases by victim (and his CC number), refunds (Chargebacks), and commissions. With such access to real-time sales analytics, they can be the envy of many fortune 500 sales organizations. 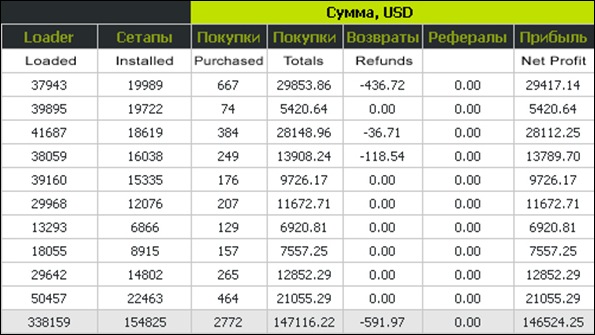 As you can see from Table 1, one affiliate installed 154,825 editions of the software in 10 days and managed to get 2,772 of those to buy the cure. Any commission sales rep will tell you that a 2% conversation rate is very low, but with such a high commission structure, the affiliate was able to earn $146,525.25. A projection of this earning rate would generate over 5.5 million dollars a year.

That’s some pocket change. Who says that crime doesn’t pay?