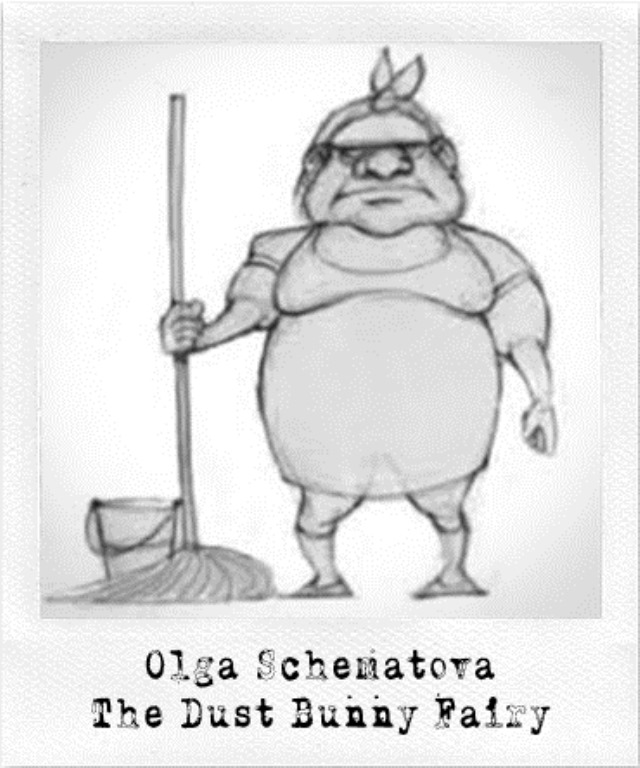 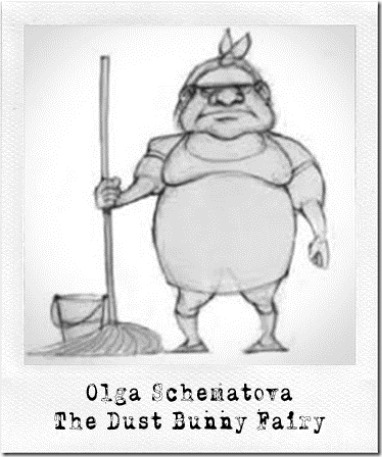 Is your artistic potential inhabited by a lack of talent, financial resources, or ideas? Don’t despair! Read-on and find out how you too can fully realize your creative dreams—and even make some money in the process—without the need to attend the Royal College of Art.

Several years ago, I noticed that everyone seemed to be selling something on Etsy. To the uninitiated, Etsy is a sort of a hybrid between Facebook and eBay. You can find almost anything there, from handmade jewelry to vintage items to second-hand 1960s underwear. 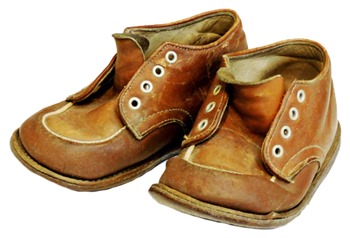 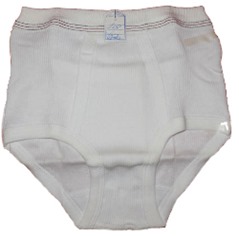 Etsy promotes itself as an eco-friendly marketplace, a commune of collaborative artisans who use poetic language to describe their goods. For example a seller offering a bunch of torn out pages from an old book describes his product as:

A beautiful selection of over 150 gorgeous leafs from inspirational vintage manuscripts… to be used for absolutely anything! These antique sheets are in a lovely aged condition and I include a generous range of different colors of patina and intriguing imperfections. From mysterious dark latte to beautiful French cream to a enchanting country antique white! Oh they’re just gorgeous!

This got me thinking, how much of this phenomenon was attributed to memetic propagation and  groupie Theory? Or was this just a question of using hip langue to dump your used inventory?

I decided to open an Etsy store to find out for myself. The first problem was what to sell. I like all of my old stuff, but I thought maybe I’d find some vintage items I could part with for the sake of the experiment. In the process of looking around the house, I noticed some dust bunnies behind one of the doors and it suddenly hit me…this was it! I would create a store dedicated to the fine art of house dust, lint, and miscellaneous cat hair.

I launched my “Dust Bunny Emporium” store under the nom de plume of “Olga Schematova”, a middle aged retiree from one of the former soviet union Republics. To comply with the terms of service and agreements, I composed all the required store policies such as About, Return & Exchange, and FAQs. To achieve the right balance of art, prose, and mystique, I dialed-up my Russian accent by a few notches.

About Olga’s Store:
Welcome Friend! No job too big for Olga!
My name is Olga Schematova. After many years working in the Bolshoi Circus as as deputy manager of sanitation department, I now have own Etsy shop!

Few artists in entire world have touched lives of fine art collectors like Olga’s creations do. My mission is to become leading creator of works of fine dust bunny art, magnificent objets d’Art, and treasured collectibles not only will bring you joy, but enhance your life as you share their beauty with family and friends for many generations to come.

Return and Exchange Policy
Olga prides herself on the quality and artistic composition of her dust bunnies. If you are not satisfied with your purchase for any reason, I will gladly exchange your dust bunny for another one of similar value. Just mail back the dust bunny in its original zip lock bag.

Unfortunately, I can’t afford to pay for your shipping, so you will have to do it yourself.  All returns are also subject to a 15% processing fee.

FAQ
Q: What exactly is a dust bunny?
A: Dust bunnies (or dustbunnies) are small clumps of dust that form magically under furniture, in corners of rooms, and behind doors. They are made of hair, lint, crumbs, dust, and debris. Dust bunnies are held together by static electricity and felt-like entanglement. They can actually be harmful if swallowed by your pet and are excellent breading grounds for house dust mites and other parasites.

Q: What is the difference between dust bunnies and the contents of any vacuum cleaner bag?
A: Some enterprising and unscrupulous dealers sell cheap, imitation dust bunnies using the contents of vacuum cleaner bags (there is a thriving black market in the U.S.A). You can tell the high quality dust bunny by its fluffy texture, good clumpinees, and low DtH (Dust to Hair ratio). Some other indications are lack of foreign objects like dental floss, buttons, nail clippings, cat whiskers, and small change.

Q: Is your art for real, or is this just a bad joke?
A: Yes it is, I consider myself to be an artistic trail blazer and an innovator (perhaps years ahead of my time). Before criticizing my creations, consider that Jackson Pollock and Andrew Warhol were also initially treated with disdain and mockery before becoming very famous (and rich).

Q: What do you use dust bunnies for?
A: I have always been interested in sanitation and rubbish disposal. Since I was little, I enjoyed taking the garbage out. I am fascinated by objects like used toothpicks and incrustations of various sorts.  I am an expert on organic discoloration ( I authored the “The Russian Guide to Food Stains” ) and believe that recycling dust bunnies is beneficial for our planet. As my friend Alexi Steponitovich the poet once said, “Переработка кролика превращает растение в зеленый мед” – Recycling a bunny makes the plant a green honey.

The Collection
Once the store was up and running, it was time to create the inventory. I collected some dust bunnies and lint, mixed it with petroleum jelly and used it to enhance the appearance of my collection of 18th-19th century Russian generals. In addition to a new coiffure and upgraded mustache, each General also received an enhanced personal biography and a brief description of the artwork. 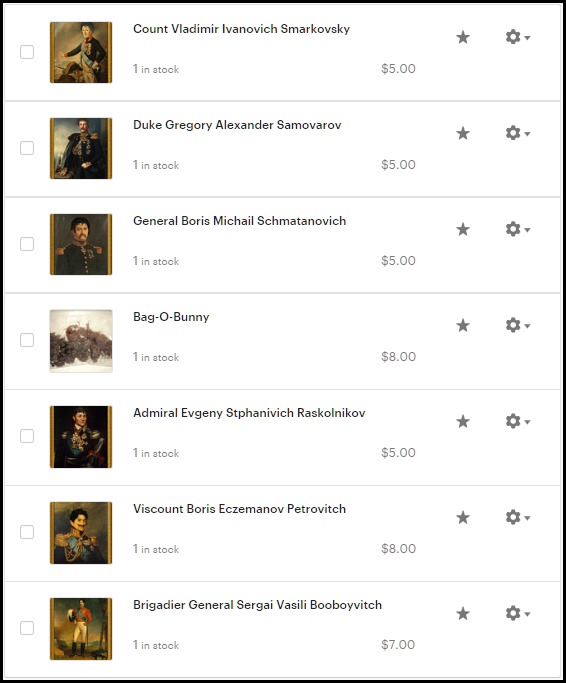 The Collection
The following is a sampling of some of the masterpieces from the gallery: 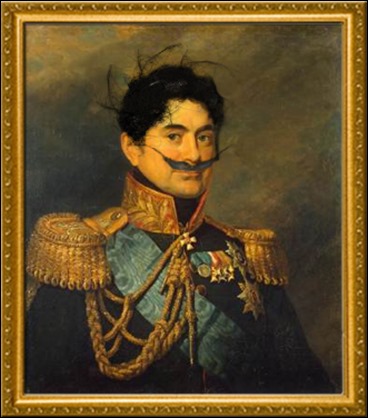 Wonderful reproduction of Viscount Vladimir Eczemanov Petrovitch,Tsar Nicholas II’s beloved Chief of Staff. This artistic masterpiece captures the cunning courtier and his love of life, beets, and large parties. Viscount Eczemanov’s accidental invention of borscht and his introduction in 1905 of adult jokes into the Russian court has won him a special place in Russian folklore.

The hairpiece is made of a large and rare imported (from Uzbekistan) hair ball and is reinforced with petroleum jelly. The mustache is made from a clump of drain hair I recovered from the bathroom sink on the train on my way to the farm animal exhibit in Vladivostok. 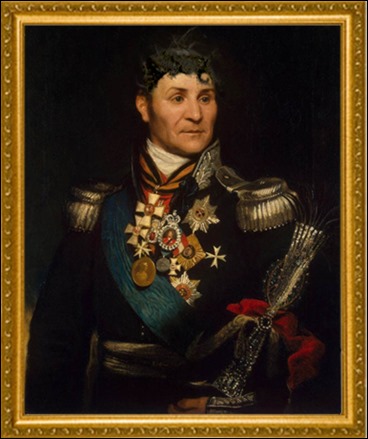 This magnificent likeness captures the essence of imperial majesty of Russia’s Far East Fleet commander in 1905. Admiral Evgeny Stphanivich Raskolnikov, who in real life never set foot on a vessel prior to the famous and short marine battle fought against the Japanese fleet, is presented here with a replica of his original toupee.

The hairpiece is made of a mixture of lint clumps that came from my friend Sasha’s bellybutton and a large and fluffy hair ball that I found on the floor mat in the entrance to the youth center where I also work as a part time cook. 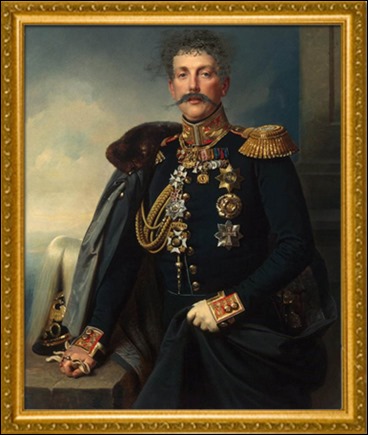 This portrait perfectly captures the image of one of imperial Russia’s greatest cavalry heroes, Duke Gregory Alexander Smearvarov, the hero of Kazakhstan, Turkistan, and Uzbekistan. The hairpiece of this fascinating portrait is made of a large dust bunny I found in the communal laundry room of my apartment building.

The mustache is made of a hairball I got from my black cat Lenin. 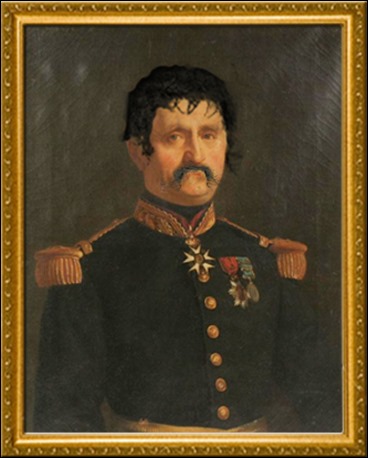 This portrait perfectly captures the genius of one of the most capable and well connected military strategists, General Boris Michail Schmatanovich. The winner of the prestigious white neck medal and 2 chest medals was known for his passionate love of life as much as for his well known book “Introduction to Cassock Dancing.”

The hairpiece of this intriguing portrait is made from an aged and hard to recover dust bunny clump that I found in a heat exchanger that I salvaged from the submarine Svyatoy Georgiy Pobedonosets (K-433). The mustache is made of drain hair I found in the town’s Stalin Youth Center’s shower room. 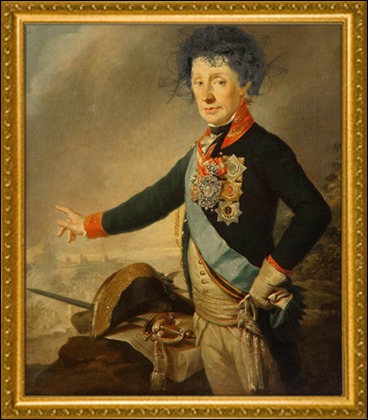 This enhanced portrait is an excellent and clever rendition of the famous military philosopher, Count Vlamimir Ivanovich Smarkovsky, who was the first one to introduce the finger pointing style of command to the Russian imperial army.  He is also the only general ever awarded the three vertically overlapping medal set.

In the creation of his new and magnificent coiffeur, I used a combination of several dust bunnies and some drain hair. 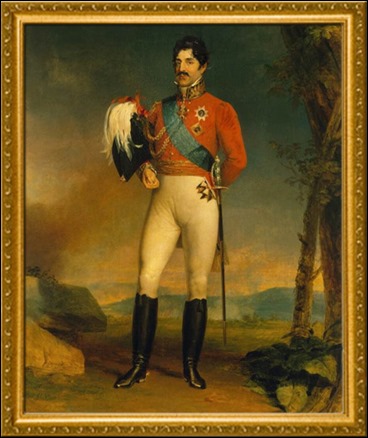 A rare portrait of Imperial Russia’s greatest military sanitation engineer, Brigadier General Sergai Vasili Boboyovitch. His numerous contributions to the modernization of sanitation in the Kremlin include: the abolishment of the usage of office curtains for personal hygiene and the introduction urinals and zippers in military uniforms (portrait predates his invention). For these and other important contributions Brigadier General Boboyvitch was awarded posthumously (after his death) the 8 corner and four cornered medals, two very important medals!

And for the do-it-yourselfers and creatively inclined, I even added a listing for some bulk raw materials: 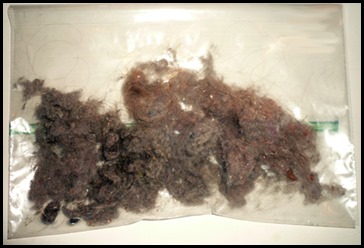 Premium Closet Dust Bunny Supplies
This 12” x 6” Zi-p-loc bag of high quality dust bunnies is the perfect gift for any craft lover. It is made from perfectly balanced mixture of hair, dust, crumbs, and lint. This extra large and luxurious dust bunny has been perfectly aged for over 6 months and has smooth, and slickly texture.

If you are looking for bulk dust bunny supplies, look no further!

The quality dust bunnies is second to none and it has beautiful form and luxurious texture. Great for your home made hair, beard, and mustache extensions, or general weaving projects.

Summary
Within one week of opening my store, I showed up in dozens of treasuries. An Etsy treasury is a collection of 16 listings. These listings may be your favorite things or maybe items that relate to a particular theme, say, dust bunnies or birds or the color red. You can then share this list with the larger Etsy community on the treasuries page. That was a good sign of traction…

Then came the recognition, in no time, I became the rave of the Etsy artistic community.

After comments such as “Olga’s dust bunnies are a fresh marriage of art and utility”, I knew I was on my way to commercial success. Or as one comment stated:

I find Olga’s work menacing/playful because of the way the mechanical bunny hair and the gesture verges on codifying the distinctive formal juxtapositions of the figures.

So, there you have it. In the end, I didn’t rake in the millions, but still, it was an interesting exercise that proved that even sarcasm in its extreme form can be interpreted as artistic genius depending on who you ask.

11 thoughts on “The Dust Bunny Emporium”