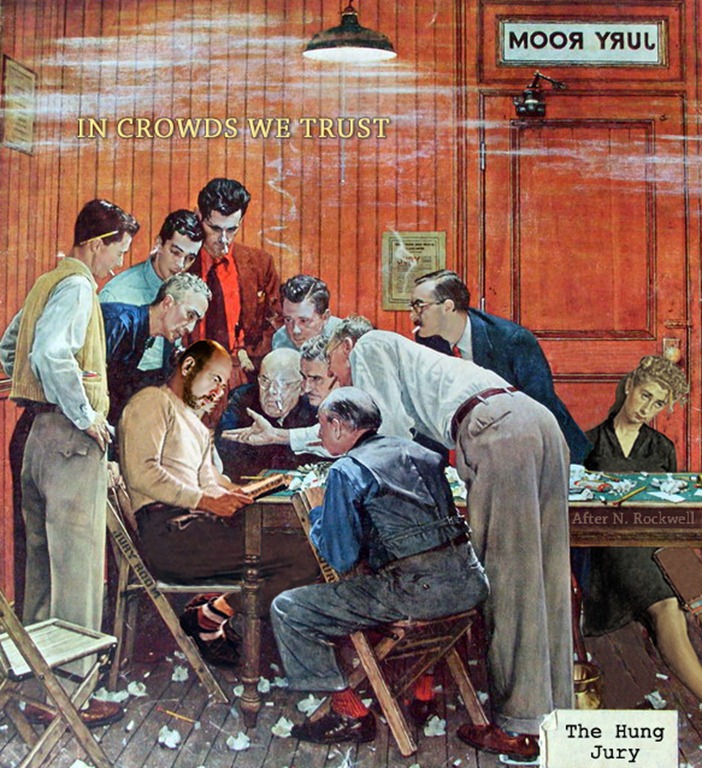 In Crowds We Trust

By the end of the first day of deliberations, the majority of the jurors decided to go with “First Degree Murder”. I argued that I couldn’t find a willful and premeditated intent to justify First Degree murder verdict. I also pointed out that from all the facts presented to us, it was clear that the “victims” were armed, had a history of violence, were wearing their “colorz”, and from the video footage, it seemed that they were itching for a “Gunfight at the O.K. Corral” style shootout.