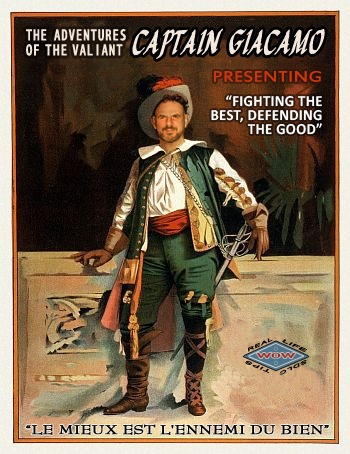 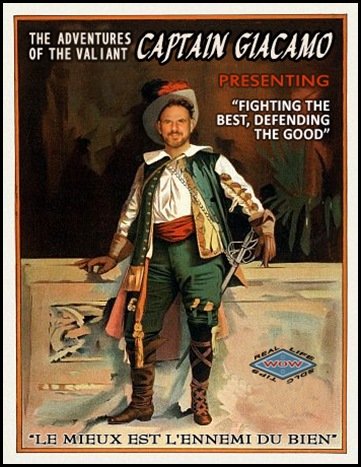 I commute frequently, so I tend to have some down time at the airport while sitting at the gate and waiting for my ship to come in. I usually use this window to catch up on my technical reading, but recently I decided to take a break and venture in to one of the book stores in the concourse. After skimming the offerings, I discovered a bookshelf filled with titles of the “How I Became the Best In ___, and How You Too Can By Simply Following My Easy Three-Step Program” genre. These books, mind you, are not cheep paper backs. I was looking at thick hardbacks, generously illustrated and accordingly priced. Apparently, the “How to Become the Best” series industry is booming.

This got me thinking: statistically speaking, the best of any kind takes up only a tiny outlier of the bell curve. So why the hype? Clearly, if this industry is thriving there are enough literate people out there who were willing to buy into the idea that being the “best” is worth their time and money.

Then a few weeks ago, I found myself confronted with this concept again. I was having lunch with a colleague and he raised the argument that the only way to win in today’s lean software economy is to develop the “best” features and functionality. He expressed his strong conviction by recounting his recent experience at a trendy “how to become the best” seminar. “I am a new man,” he said, “This event has changed my entire outlook on product development”. “How’s that?” I asked, curious. He leaned forward, squinted, and in a lower and somewhat more mysterious voice, he summarized his newly acquired philosophy. He said that according to the presenters, Trump, Robbins, and Kiyosaki, success hinges on one’s ability to tap into one’s inner best. Either you’re Napoleon or you’re out of the game.

At this point, I was done with my burrito and so I seized the opportunity to respond in kind with a rival French maxim. I quoted Voltaire: “Le mieux est l’ennemi du bien” (The Best is the Enemy of the Good). Wellington, I pointed out, was by no means the best, but he certainly outlasted Napoleon in the game.

My companion was startled and said he didn’t understand what I meant. I offered an explanation: “It’s not that I am a proponent of mediocrity; to the contrary,” I said, “I pride myself on my attention to quality. I have absolutely no problem with the concept of pursuing excellence. What prevents me from realizing perfection are mundane details such as looming deadlines, shrinking budgets, and a chronic shortage of resources.”

Of course it’s easy to invoke demagoguery and claim that it’s either “best” or “bust”. Many development managers adapt this mistaken philosophy, assuming that it has a positive motivational value. The average corporate culture doesn’t help dispel this myth either, by creating unattainable criteria for personal performance and compensation plans. Regardless of how fond of the cliché’ you may be, unfortunately preaching the best when it comes to delivering software under time, quality, and budgetary constraints is one thing, actually being able to deliver on such promises is quite another. If we learn anything from human endeavors, it is that “good enough” is more than acceptable. As far as I know, most of us don’t drive the best car on the market, live in the best built house, or exclusively buy the best clothes or appliances. Compromise is the order of the day.

My favorite story that illustrates this concept is the World War II race to develop the radar. Both British and German teams were aware of the tremendous operational and strategic advantage this new technology could offer. The German development team had the more advanced science and superior technology. Their radar was more accurate, had a longer range, and provided fewer false-positives. The German team—true to their cultural heritage—was striving to develop the best apparatus possible. The British team was smaller, less experienced, and had inferior technology. But from the outset, it adopted the motto: “Second Best Tomorrow”. This philosophy eventually allowed them to release an inferior but working radar earlier than the Germans thus winning the race and ultimately tipping the balance of power.

Cheap (often free) and simple software free of stringent SLAs is popping up everywhere. Most of us now get our breaking news from Google and personal blogs, case in point. We make free, long-distance calls on Skype (and don’t mind the low QoS), watch video on tiny iPods screens rather than high definition TVs, and more and more of us are using low-power cell phones that are just good enough to meet our surfing and emailing needs. For many leading companies, the distinction between good enough “beta” versions and commercially “best” products has blurred beyond recognition. (Gmail has finally come out of beta after more than 5 years.)

To be successful in commercial software development, one must fight the urge to gold plate by adding late stage functionality. One must also learn how to be firm regarding ad nauseum pressure for application re-writes, all in the name of making it the best.

Contrary to what the motivational posters profess, when it comes to shipping on-time, the pursuit of perfection can become your worst enemy. The same also applies to excessive QA and testing. In the end, even the most comprehensive white, gray or black box tests can only provide a projection of how your application will perform. The ultimate usefulness gauge are the real users. The earlier you release your product into the wild, the faster you’ll discover if it adequately fills a need.

2 thoughts on “It’s Good Enough for Me”