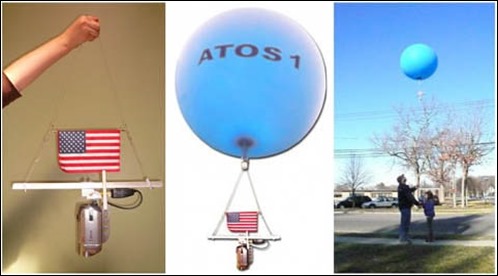 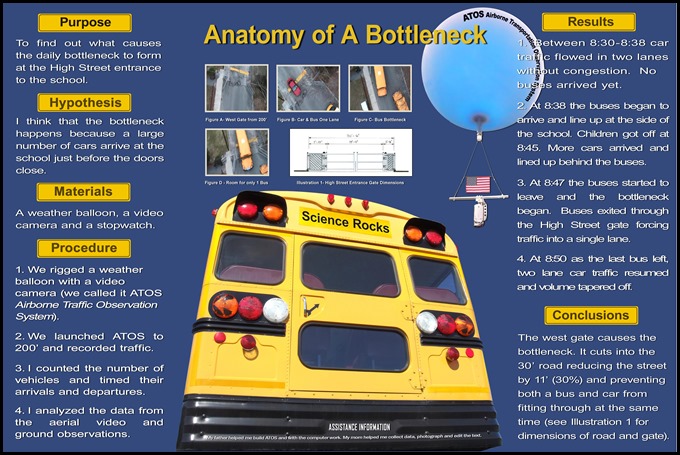 Having kids in elementary school comes with several important parental commitments. Ranking high among these is the participation in the yearly science project. The main objective is to expose kids to the fundamentals of the scientific method. Following the principal of “learning by doing,” children, with the assistance of their parents, are required to conduct and showcase a yearly science experiment.

In our school district, exhibition day is a long-awaited, festive event with hundreds of projects being showcased at the school’s gymnasium. It is a great opportunity for families to mingle and view each other’s work. To spice things up a bit, at the end of the event, a panel of teachers selects the top three projects for each grade. The 1st place winners are then entitled to enter their project into the yearly regional competition that takes place at Brookhaven National Laboratory, a much coveted honor.

Although it is a great concept in theory, for some, the yearly science project can become a dreaded event, often testing a family’s procrastination capacity to the limits. On the weekend prior to the project’s due date, it is not unusual to find many agitated parents with kids in tow still scouring craft stores for project display boards and other supplies. In our family, however, we’ve come to view this assignment as an important pedagogical opportunity worthy of careful planning and execution.

I am fan of Richard Feynman, and have enjoyed reading “Surely You’re Joking, Mr. Feynman!”.  This book in addition to being an excellent primer for the budding technology hacker, inspired me to instill in my kids the importance of not falling victim to the “Cargo Cult” syndrome, and being honest and original in one’s approach to scientific discovery.

As it turns out, this has been a winning strategy for us. Since we started conducting science projects 4 years ago, we’ve been fortunate to have won several first place awards. Some of our past projects included experiments on bottleneck formation, sound propagation through vacuum, and algorithms and mathematics used by a spider to construct a web.

This year, during a routine morning school drop off, our 4th grader, Sheva, noticed that a traffic bottleneck formed regularly at one of the entrances to her school. After discussing her observations during dinner  she proposed to dedicate her project  to deciphering it.

Over a period of several days, we examined the traffic patterns, (volume, arrival and departure times, vehicle speed, etc.), but it seemed that there was no single significant cause to which we could attribute the formation of the bottleneck. We were stumped and unsure as to how to proceed. It was during one of the site visits that my daughter noticed a hawk hovering over the area. She commented that it would have been great if we could observe the traffic from above. Well, I thought, we may not be able to fly over the site like a hawk, (it is a residential area so a fly-over in an Ultralight would be out of the question), but we could certainly build an airborne observatory to do it for us.

After considering options, we decided that a fixed winged propeller driven aircraft wouldn’t work because the wind gusts at the area can reach up to 40 mph. Another constraint was that we would need a sustained, 60-minute flight to capture the entire bottleneck sequence which would be prohibitive.

In the end, we decided to build a lighter than air aircraft and after a lengthy weekend of design and fabrication we had a working observatory. It took several test runs to get the flight characteristics and image quality right, but by Monday we were ready to conduct our flight.

The first flight of ATOS was smooth, producing an excellent video feed. Back home after evaluating the images, Sheva almost instantly identified the source of the bottleneck.

It was apparent that the two-way traffic at the entrance to school was restricted to only smaller vehicles. As soon as the school buses arrived for their daily drop-off and pick-up, they forced all vehicles into a single file, which resulted in the immediate formation of a bottleneck.

This discovery was somewhat puzzling because, from the ground, the road (which is nearly 31′) seemed wide enough to comfortably support the passage of two side by side buses. So, on our next field trip we decided to measure the gate (Illustration 1) that blocks the entrance in question.  Armed with the gate’s measurements, we then consulted the traffic calming section in the NY highway design manual and concluded that indeed the gate was at fault.

So science aside, installing a gate that blocked over 30% of a high traffic thoroughfare was clearly a bad idea, not to mention that it violated numerous design codes. The gate and the fences that are attached to each of its sides also posed a series safety hazard because drivers who were unaware of the obstruction might plow directly into the fence, while still others who miscalculated the gate’s clearance could potentially scrape the posts supporting the gate.

On the day of the science fair, I approached the school principal and inquired about the origin of the gate. I explained that it appears that someone had either made a design or an installation error because the gate’s posts should have been placed on the sidewalk curbs, off the driveway. The rationale for this being that when the gate was completely open it would allow for unrestricted traffic. The principal told me that the decision to construct the gate preceded her time in office and it had been influenced by the homeowners just down the street who complained that the traffic had become a nuisance. To reduce the traffic in order to appease the homeowners, the school agreed to install the gate as built.

Not satisfied with this explanation, I proceeded to point out the hazards posed by the gate as it stands and began to enumerate various doomsday scenarios. The principal’s otherwise cheerful demeanor suddenly darkened and after a quick and nervous glance at her watch she said that it was unfortunate that our meeting had to end so abruptly, but that she had to run to an important conference.

On the way home, our daughter who had been standing by me during the entire conversation with the principal asked me if, now that we’ve provided a scientific explanation for the formation of the bottle neck, the school would fix the problem. I thought about it for few minutes and said, “Probably not.”  She asked “why?”, I said that unfortunately, sometimes in the short term, politics can trump science. She was visibly disappointed and said that she worked so hard on this project and it all turned out to be a complete waste of our time. I told her that even though we didn’t win, we still conducted a great experiment and independently discovered and solved an interesting puzzle. And by way of analogy, I told her about the Galileo affair and how despite his mistreatment by the inquisition, in the end, his theories eventually won acceptance.

A few days after the science experiment, my wife, while waiting to pickup our daughter from school, struck up conversation with another parent who seemed to be visibly upset. “Why the long face?” she asked. “Well,” said our neighbor, “while driving into the school parking lot, I was being polite and made extra room for the car approaching me, but I miscalculated the width of the opening and scraped the side of my van against the gate post.” She had carved a deep gauge in right hand side of her van from wheel rim to wheel rim.

That evening during dinner, my wife recounted the story of the accident. My daughter at first thought that my wife was making the whole thing up, but after hearing that it was the mother of one of her classmates, she asked for permission to call her friend to verify the facts. When she got back to the dinner table, she had a look of disbelief on her face. “That’s exactly what we told the principle could happen!” she said. “We sure did,” I said.

She remained silent for few seconds and then I noticed a twinkle in her eyes.