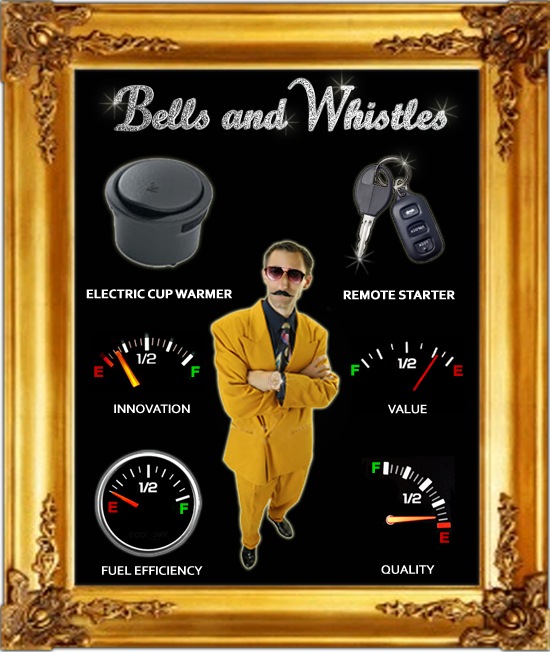 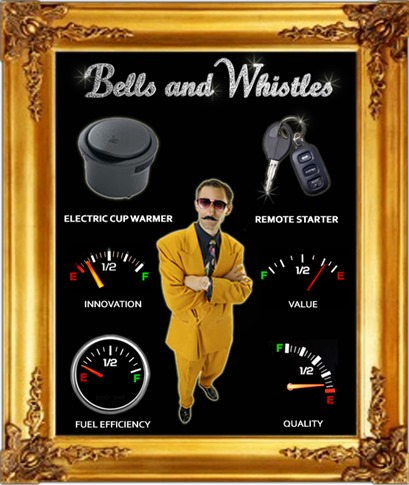 Several weeks ago, my car’s dashboard informed me that I would need to “check the engine”. Naturally, I promptly brought the car to the dealership. After a quick examination (and $170 in troubleshooting fees), the dealer told me that there was nothing physically wrong with the car and that the message was due to a software bug that was easily fixable with a software patch that he would be happy to apply for as little as an additional $120.

Now, I don’t know much about the latest trends of engine design, but I am quite familiar with software bugs. Over the years I have produced several of them myself and like many other software engineers, I spend a certain amount of my waking and sleeping hours chasing them around. But contrary to my trusted dealer, I fix my bugs—to delight of my customers—at no extra charge.

Being the pedagogue that I am, I seized the opportunity to educate Randy, the senior service adviser (the title on his tag), and proceeded to deliver a short and upbeat oration on the subject of the software industry’s best practices regarding free bug fixes. My friend behind the counter seemed unimpressed and reminded me that his dealership is not in the business of selling software. He then inquired about my preferred form of payment for the pending repair.

On the way home I got to thinking about the cutthroat business model that the car industry is following. Clearly, it must be the competitive nature of the industry that forces them to squeeze profit at the margins to included even basic service like fixing their own bugs. I then dismissed any further thought on the subject. Then a few weeks ago, the news broke out that the car industry had officially joined the federal hand-out program. It was now standing on-line with a tin can in hand and singing in harmony “Brother, can your spare a dime?” with all the other financial industry hobos.

So I figured that there has to be something here that doesn’t meet the eye. Why has such a well lubricated and fabulously successful industry suddenly collapsed? Contrary to the financial sectors, their operational and risk models have not significantly changed for over 100 years. Cars today are designed and built faster than they were 40 years ago and they are cheaper to manufacture and sell.

After pondering this for a while, I realized that this failure has been long in the making and just like in many active Ponzi schemes, this one has been finally flushed out when consumer spending came to a screeching halt.

In the aftermath of World War II as manufacturing was going civilian again, the car industry more than any other sector embraced a strategy that focused entirely on building a product with the highest degree of of obsolescence (an average car would be recycled every n years) and greatest curb appeal. Traditional engineering principles like safety, longevity, efficiency and environmental friendliness were sacrificed. They were replaced with a lot of chrome, increased fender size, overpowered V8 engines and pink leather. This was the wisdom of the time; you can’t charge higher prices for less car.

In the 70’s, when the Japanese car manufacturers finally introduced a new concept of vehicles very different from the traditional tank, domestic car manufacturers after much soul searching, publicly embraced the banner of the new smaller more efficient car. In reality, however, they continued to practice the same philosophy as they do to this day. So in fact, not much has changed. Yes, the large fenders and chrome bumpers are gone, but in their place we have a whole new list of bells and whistles. Apparently, the car manufacturers have been taking lessons from the software industry and are now playing the feature functionality game.

Go to any domestic dealership and you are guaranteed to find the following list of “key” features:

What is noticeably missing from the list is an engine and transmission that are guaranteed for 300K miles or the 80 mpg gas efficiency, both of which are easily achievable in this day and age.

Unfortunately for all of us, the car industry has spent the last 60 years mastering the fine art of consumer psychology and honing of their salesmanship skills with too little time spent on developing quality products.

Thank you very much, but I’ll have to decline! Contrary to what the focus groups are saying, I don’t need a Hummer. And no, throwing in a free electric cup warmer is not going to change my mind. I am, however, interested in a bug free safe electric car that can go 400 miles between charges if there are any takers.

2 thoughts on “Bells and Whistles”